What happens when twelve family members, most between the ages of 16 and 24 are accused of being hooligans? It started...many years ago...


As the evening hour swirled into the night, so also the -25 degree temperatures plummeted closer to -40. Winds raced into Moscow from the artic, carrying a sting and shiver never before experienced by the ten hooligans and patriarch plus matriarch which will heretofore be called bothriarchs. Sure the twelve had lived through harsh North American winters where freezing temperatures drew tears from the eyes, forced noses to run, and breath that looked like frost, but they’d never experienced this cold. A bitterness that seeped into their very marrow.


Three black vehicles stood outside the airport awaiting the family’s arrival. The drivers opened the trunks and stepped to the side. There was no rush to get another fare. They’d worn sufficient winter clothing and their bodies had acclimated to the frigid air. They had guaranteed jobs. And so, they stood.

By the open space for the luggage.

The hooligans got the message. They dragged their suitcases to the trunk and stuffed them inside. The driver even let them close the lid before he stepped into the vehicle.

Their hotel wasn’t far. At least that’s what they remembered. But who really knew after such a long flight, and how long exactly had they been awake? Or when they had last eaten? The scene at the hotel resembled the same as the airport. The driver stepped out, opened the trunk and stepped aside.

Few city lights broke through the night. The hooligans and bothriarchs carted their suitcases into Moscow’s Inn Tourist Hotel.

Hungry, tired, unable to understand anyone, and unable to read any signs, the hooligans gladly stayed back while Dud confirmed arrangements with the hotel desk clerk. Dud spoke fluent Russian to the woman, smiled, then faced the hooligans. The smile left. The poor man was exhausted. He handed out the room keys and shooed the hooligans into the elevators to manage on their own.

Barely four family members plus suitcases squeezed into the lift carrying them up to the eighth floor. The doors opened. A plump woman dressed in a white shirt, black skirt, and scowl sat at a small wooden table serving as a desk. She didn't have a cell phone to occupy her time since they didn't have them in the 19070's. Even if the phones had existed back then, the likelihood of her having something fun to do in the quiet hours was zero. She said not a word, which was wise since the hooligans wouldn’t have understood her.

The clerk assigned the family a row of six rooms along one hall. All with single beds anchored to a wall and a bathroom. Convinced the KGB listened to their every word, mainly because Dud said they probably would, the hooligans searched for bugs unsure what one would look like.

The room window faced Red Square. Not a person walked the street. No music blared from local businesses. In the distance, soldiers in uniform, guns by their side, kept watch. There were no neon signs. No flashing ads.

For a country where citizens survived the bitter temperatures, had guaranteed jobs and income, they seemed to suffer cold in their souls.

The hooligans took it upon themselves to fix the problem.

They walked the hauls past the woman at the desk who no doubt worked for the KGB shouting “hooliganism, hooliganism, we are for hooliganism.” Down the hall, the bothriarchs ignored them all, locked their door, and dreamed of all the future dollars they would save in college tuition if the KGB really did haul them away.

It's a 20 - 20 year
It may be a roller coaster or smooth sailing.
Hold on!
There's no looking back. No hindsight. 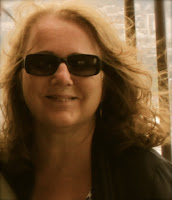 Christmas is Mary Vee's favorite holiday. She loves to travel to places like New York City and Paris. Mary is an award-winning author and writes for her king.