Lucern, Switzerland's Famous Bridge - Why is it famous? 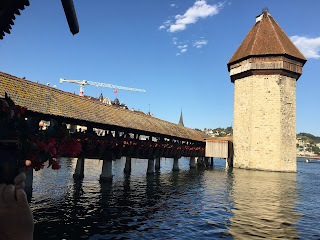 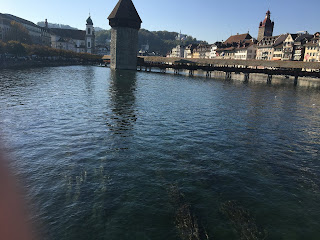 Once upon a time, a long long time ago the city of Lucern, Switzerland built this bridge and tower to protect their river's side.

One day, a large ship floated down the river. The captain ordered the ship to be anchored. Or so he claimed. Unsettled waters came along and rammed the ship into the bridge.

The wooden structure burst into flames. 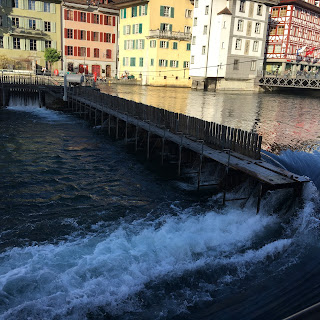 Even with all the water available, a fire destroyed a large portion of the bridge. 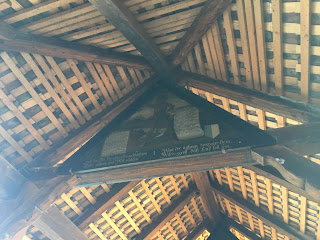 The original structure had paintings depicting the history of the city mounted in the eves. 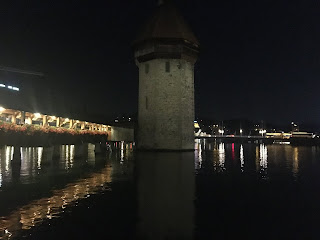 The bridge was rebuilt. New painters had the task of recreating the treasured history. When they finished, carpenters hung their work in the new eves. While the newer vibrant colors make the paintings appealing, the older works that were saved maintained a greater appeal. Sigh. 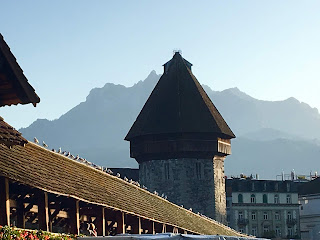 Behind the bridge's tower lie the majestic Swiss Alps. This particular peak is called Mt. Pilates named after the same Pilate who lived in Israel in Jesus' day. Why it has this name is another story for another time. 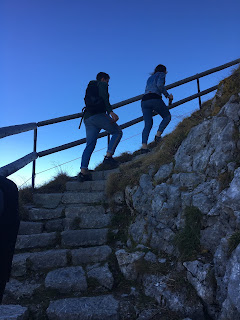 Tourists can board a tram or a cog train in Lucern and ride it up the steep mountain to a high platform.

For the adventuresome ones, there is a steep, broken stone stair path to the peak. The climb is arduous, exciting, thrilling, and worth the time.

The photo below shows the view of Lucern from the highest point. If you look very closely, you might just see the fortress bridge that once protected the city from enemies....and most ships. :) 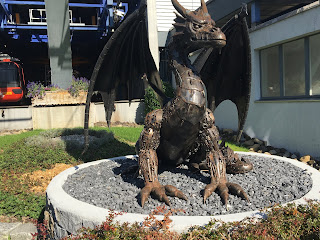 Someday remind me to tell the story of the dragon that hides in the mountain overlooking Lucern. ;) A charming children's story also tells his adventures. 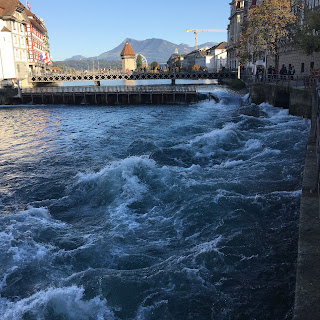 Be sure to include Lucern on your list to visit one day. It is a charming city, packed with history, watches, and chocolate!!

This post has been brought to you by the jealous
London Bridge,
who enjoyed notoriety as the bridge that fell,
but must now share the fame.

I have three Christmas book ideas for you.
These stories also make great gifts.
And--during the holidays the ebook version is on sale. 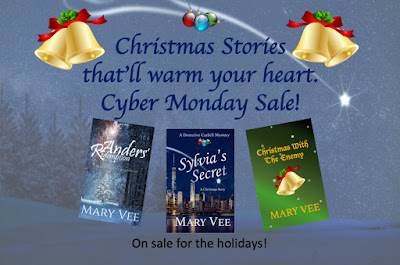