Shout-Out For Friends, With Dave Arp

I connected with a gifted critique group through the American Christian Fiction Writers Association years ago. I credit them with teaching me the bulk of what I know about writing. Accuracy. Clarity. Compelling. Interesting. Stories.

Dave Arp is one of those amazing author/critique members in my group. He writes mystery suspense. His specialty is telling believable stories. He does this by taking pieces from his life experiences and weaving them into fast-paced, page-turning, riveting suspense stories.

Dave's work has been recognized by Agent Terry Burns and Pelican Book Group. The result is his new release: ORB

Just so you know, Dave did not ask me to do this post to promote his new book. I offered because as a reader, I felt ORB was that good! 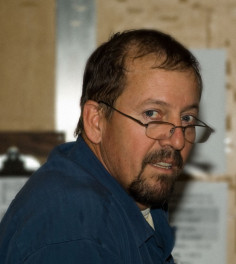 David has spent the past 35 years in the oil industry, drilling wells offshore and onshore, from Texas to Asia to the Middle East.

His thirst for storytelling began on a rig in the Saudi desert with the availability of email when he began penning short stories about his experiences and passing them along to friends at home in the states.

He has two fiction manuscripts completed and is working on a third. He recently signed with Hartline Literary Agency and agent Terry Burns to represent his first mystery novel titled Orb.

Orb pits former Marine and Iraqi war veteran, Wes Hansen, against an elusive foe. When Billionaire oilman Cole Blackwell hires him to hunt down the man who assaulted his daughter, Wes has a name, Meshach, and one witness, a dog Wes believes the man used as a prop to walk the streets of Lubbock, Texas, at night, unquestioned. Wes is a PI, not a ghostbuster, but to put a face to Meshach, find him and put him away he’ll have to be both. Before the week is done, Wes and his team will be lucky to survive meeting the Man from Fire.

Heart-pulsing. Breathe. This is the reader's experience through the pages of ORB

Arp's creative story genius drops readers into the fast-pace plight of Wes Hansen, a trained Marine-now veteran, hired to find a ruthless criminal. The treacherous cat and mouse chase tests every shred of military training and discipline drilled into him.

Arp brings this story to life drawing from his own varied life experiences. There will be no questions what is seen, heard, or felt...the reader becomes Wes in these pages. Running. Hunting. Determined to find and survive. Suspense.

Great books like this are not read once. Oh, no. I've already read it twice, and highly recommend it for you.


BUT
You can buy the paperback cheaper at Pelican Book Group: https://bit.ly/2C1iES0

Me and Jake is a tale of love and love lost. Anthony is a thinker and his twin brother, Floyd, is practical, but neither ever dreamed of what’s in store for them. Two chance-events in a week is a coincidence; twenty is the work of an unseen hand. His. Anthony said he felt like something was going to happen to change their lives. Little did he know how prophetic the statement would be and how soon it would come to pass. What seems like a series of coincidences are anything but, and what’s more amazing, Anthony’s coon dog, Jake, might not be a dog at all.

Book Link for Me andJake

It was the mother of all bad days.The date, September 11, 2012. The place, Benghazi, Libya.While a brave band of warrior’s fight for their lives in the consulate and CIA annex, outside, a Mossad Agent, a missionary, and a Mississippi giant fight a different battle. Caught between a terrorist and an enraged Russian arms dealer, they must complete the mission and manage to stay alive until they can escape or the cavalry arrives.Never assume things can’t get worse.

Book Link for Against All Odds

My book, Daring to Live is a finalist in the huge writing contest: the Selahs. Winners will be announced in May. 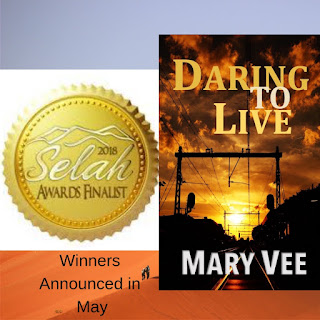 Yes, Dave is one of the very BEST Christian fiction thriller, action-adventure writers out there. I'm glad he's gotten together with Terry Burns.