How a Drone Saved Lives on Vanuatu's Island


I typically don't see anything good about drones. Many articles have reported them used for invasive reasons. Some have even been used to look in apartment windows. So, I tend to not have a high opinion of them. 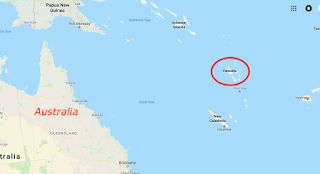 I recently read about a remote mountain people group on an island called Erromango, one of a chain of islands making up Vanuatu. See map to the left.

As you can see the island is far away from a large land mass.

According to Google maps, Vanuatu is a South Pacific Ocean nation made up of roughly eighty islands that stretch a little more than 807 miles and has a Melanesian culture. Tourists can enjoy scuba diving at coral reefs, underwater caverns, and shipwrecks.

I tried to imagine myself growing up on this remote island of lush greens. Where vibrant palm trees reach the sky and thick jungle plants fill the land. Where mountains keep the people isolated from the world, and I wouldn't know what a skyscraper looked like, but I'd know everyone in my community so well. Where I didn't have to worry about transportation because I walked everywhere and didn't have to face crowds in a store or search online because we grew our own food. Life would really be different.

Sickness has its run of the tiny island of Erromango, though. Anyone bringing assistance must cross the mountains, a twenty-five-mile difficult trek on a rugged trail to visit. Vaccines and other medicines must be kept cold while in transport.

Vanuatu requested medical help from UNICEF. An Australian drone company won the bid to transport the vaccines via drone to the small village. The vaccines were sent in a styrofoam box with temperature control and placed on the drone, and flown twenty-minutes to the village where a local nurse gave the vaccines to thirteen children and five pregnant women.  Want to read more? Here is the article on the BBC: Vanuatu Vaccines

I was amazed. Clearly, without the drone, the village would not have received life-saving vaccines.

With this being the month of Christmas, it seemed a very fitting article. After all, isn't life-saving what Christmas is all about?

This post has been brought to you by the one-word: Life-saving

Don't forget to get your copy of my Christmas books. The sale ends soon.
Link for Mary Vee's books on Amazon 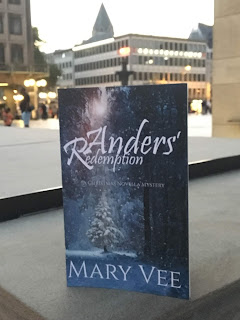 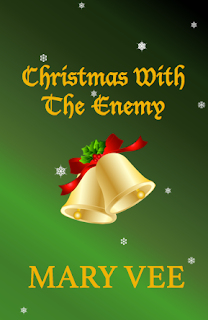