John Chhan opened his shop in California at 4:30 a.m. then had to close the doors at 8:30 a.m. because of the community.

What had the community done?

The story started when a woman brought her daughter into Chhan's bakery. His wife had been there all the years the woman stopped in the shop in the past, but she wasn't that day. The woman discovered John's wife had an aneurysm and was home recovering from surgery.

After the woman returned home, she thought about Mrs. Chhan. The couple came to the U.S. as refugees from Cambodia many years before and set up this bakery. Every day the couple arrived at the shop at 2 a.m. to make the donuts then opened the doors at 4:30 a.m. to sell the treats. When all the donuts were sold, the workday ended. They closed the doors and went home.

The woman told neighbors and wrote a blog post about the Chhan's saying, if everyone went to the bakery early and bought in the morning, Mr. Chhan could go home earlier. Neighbors asked if they could help by doing a fundraiser. Mr. Chhan humbly refused. But, he did have a request.


Mr. Chhan said he would like to be with his wife more while she recovers. The community project to buy each day's donut supply early in the morning began. People who didn't eat sweets even bought a dozen then gave the donuts away.

Mr. Chhan found himself closing the doors at 8:30 a.m. With a huge smile, he went home to his wife.

At the end of NBC's article, Mr. Chhan reports his wife is doing better. He hopes she can help at the bakery soon.

What a lovely story. The husband took over doing double the work so his wife could recuperate.

His request for the gift of time is so endearing. And the community, well, they are stellar.


So, I wonder, especially in this month of Thanksgiving, if we can think of someone who could use a gift. A moment of time. A young mom who needs a break from the kids. An elderly person who needs company. A friend who could just use a note saying Hi, Thinking of you. These are only three ideas.

If you'd like to read more about the Chhan's and their amazing community, here is the link: Chhan's Bakery

This post has been brought to you by the one word: TheGiftOfTime 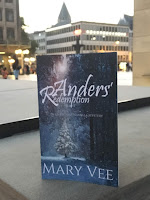 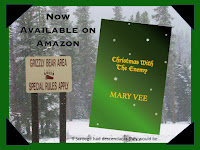 This was a very caring act for the community to do. I trust the merchant appreciated it.

From the article, I think so.