Some of us like the dawning of the holidays. Harvest bounty leading into Thanksgiving and on into Christmas with a New Year's finale.

My new release only days old is perfect for both sides of the fence.

With a paperback designed in the fashion of Dickens' Christmas Carol, this is the book for you. 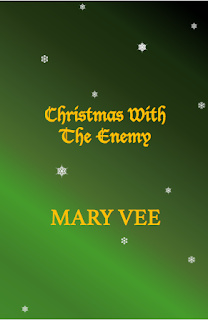 What if Scrooge married, had children, and generations later they lived in the States. One family in Chicago full of city life, and the other in Montana where a view of the horizon is never obstructed by a building. Then suppose these families happened to end up at the same mountain lodge the week before Christmas.

There would be more peace in a meeting of the Montagues and the Capulets than the Chicago Windermeres and the Montana Tuckers that week.

This is the story. A Peace on Earth-Good Will to Man with a Twist of Romeo and Juliet Novel.

High in the Rocky Mountains, the front door to the Windermere lodge banged open with a burst of icy wind snapping at Sam’s face. She cowered back toward the sofa, staring at a six-foot intruder covered with snow.

For years she’d stayed away from this place. It wasn’t safe. Her high-rise apartment, complete with fake fireplace and located in downtown Chicago lacked the quiet, but she could at least scream and be heard if trouble struck there.

The mountain man called her Goldilocks and accused her of eating his stew before revealing he was a Tucker and asking her to leave. Just like that he'd throw her out in the blizzard. Like all Tuckers, he was as heartless as Scrooge.


Blizzard, Avalanche, Grizzly.
All Terrifying.
But Worse...Much Much Worse
A Christmas with the Enemy

Christmas With The Enemy is on sale for the holidays:
$0.99
and is also available in Dickens' style paperback.