A Fourth Castle Ghost Story Heard on the River Rhine

Today I will share yet another ghost story told on the River Rhine. When you think about it, most ghost stories technically are told like an Aesop Fable. They are short and have a lesson. The slight difference is: the fable's lesson is spelled out while the ghost story's lesson can be interpreted by the listener.

So, here is the fourth ghost story I heard on the River Rhine:

Once upon a time, seven beautiful virgins lived along the Rhine. Their beauty was known throughout the land.

They tended their vineyards in the day and celebrated life at night singing and dancing, never once inviting anyone to join them.

Young men longed to see even one of these beautiful women and dance with her. None received the opportunity.

One day, seven Knights known for their kindness and heroic acts heard the story. They rode their horses to where the seven beautiful virgins lived, seeking to win the favor of even one.

For many days the Knights visited the vineyards and asked to speak with them. "Please," they said. "We only wish one dance." For they thought: if the women would agree to meet them, and see their sincerity and kindness, they'd win their favor.

The messenger returned each time with their answer: no.

The days dragged on. Each day the Knights faithfully went to the vineyards and asked to meet the beautiful virgins. They left messages stating they only wanted one dance.

Each day the messenger returned with the reply: The seven virgins said no.

"Are they searching for a certain man?" the Knights asked.

"No." The messenger then said softly, "They choose to reject all."

And so the knights gave up. They rode away with sad hearts.

Not long after, word had spread throughout the country that seven new islands appeared in the River. They were small and beautiful.

The truth was then told that the cold hearts of the virgins had turned them to stone.

Ever since that day, boats weave around seven islands in the river.

And now for my news:

My Christmas Story is due to be released. October 8 is the date. The cover was designed with a classic look to match Dickens' story, A Christmas Carol because if there ever was a descendent of Scrooge, Cal and Gil would be the ones. This is what the cover looks like: 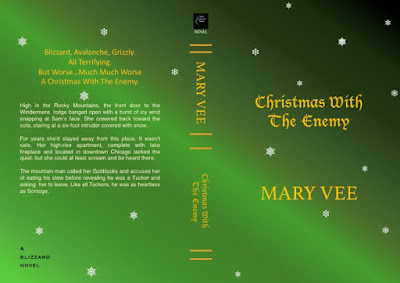 Paperback and ebook versions will be available from your bookseller

This post has been brought to you by the one word: RhineRiver

This story about the seven virgins leaves a message. Our hearts can turn to stone if we continually reject the LORD.Congratulations on your new book.

Good thought.
Thank you for the congrats. It's a fun Christmas read for all.