How A Tiny Plant Brought Prosperity To A War-Torn Country


Saffron is a spice. Its vibrant red is also used to color foods.

During a time when I made ultra fancy dishes for my family, I remember needing saffron. The tiny jar costs a lot of money. I only bought it that once. When adding saffron to my dish, I noticed the food took on a beautiful golden color. 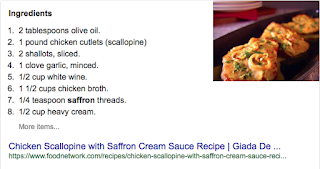 Can I tempt you with this delicious recipe for Chicken Scallopine with Saffron Cream Sauce from the Food Network? Looks yummy, right?

Today's topic, though, is not about saffron recipes. We're telling a story: The Soldier and The Farmer.


One of the two places quality saffron grows well is in Afghanistan.

In this war-torn country, farmers cultivate the ground and grown rows of saffron crocus plants, but they had a problem. There was little demand in their country for their crop.

Last Saturday, the Weekend Edition of NPR aired a story of three US soldiers, Kimberly Jung, Keith Alaniz, and Emily Miller, who had been stationed in Afghanistan. One was a translator, one was on the cultural support team for night raids, the third was in a platoon that checked for roadside bombs. One day the translator happened by a saffron crocus farmer's field.

The farmer talked with the soldier about his saffron crop. He shared how his family had grown the spice for generations. During the conversation, the farmer said he could easily grow more saffron, but there was little demand in his country.

The American translator told his two friends who also served in Afghanistan at the time. The two had business backgrounds. Between the three, they contacted the proper authorities and started the process for this and other Afghanistan farmers to sell their high-quality saffron to American consumers. The farmers were then able to expand their fields to sell to a new market.

Who would have known? A foreign soldier happens by a farmer's field and shares one conversation resulting in prosperity for the farmer and product for the soldier's country.

What I also liked about this particular report was the three American soldier's description of the country. They raved about the beautiful Afghanistan countryside. As they said this, I wondered, how could a country so plagued with war be beautiful and still have fields of lovely saffron flowers? I listened more.


Based on what they said, I would love to visit Afghanistan and see this amazing countryside.

If you'd like to read more about this, here is the link to the NPR article: Afghan Saffron Coming to US

This post has been brought to you by the one word: BeautifulAfghanistan