The Week That Changed Eternity - part 5

We are in Israel this week. Walking the streets Jesus walked years ago.

Today is quiet. It is the day after the crucifixion.

Except those who still weep.

The earth became so very dark we could feel it yesterday. The earth shook. The veil in the temple ripped in two.

Joseph received permission to take the body and bury it in his tomb.

All of that happened yesterday.

The disciples didn't know what to do. They stood dazed.


This week, I am sending you daily posts to break up this deep discussion into portions because it deserves our attention. ALL PHOTOS and videos in this post are by Mary Vee.

Last year, about this time, I went to Israel with hubby and recorded the stations of the cross. It is a moving journey. One that slips events found in the Bible from words to reality.

Walk with me. You don't have to pack a bag or save for a long airplane trip. You can go with me. Right now. Stations 1-12 are in the posts below.

Station 13: The anointing stone where Jesus' body was first laid. 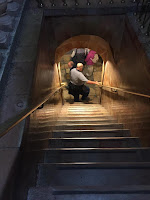 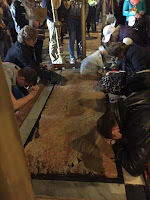 Station 14 The Tomb. There are two places remembered as the place of the tomb. One is in the Holy Sepulcher, the other is the Garden Tomb. I have no idea which it is, but think to myself does it matter? To go to both places, which we did, gave me an opportunity to focus on what Jesus did for me.

Inside the Holy Sepulcher we stood in a very long line to enter the place in the photo. Guards strictly enforce a no photography rule.  Ten people were allowed in the inner room at a time. We were given about two minutes before asked to leave to let the next group in. It was a busy, crowded place. 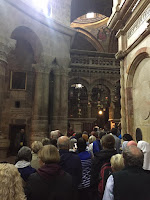 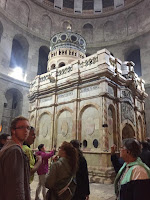 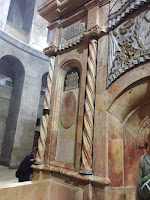 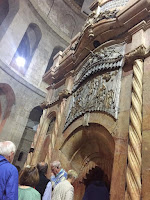 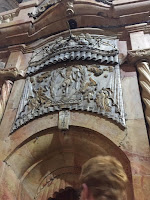 At the Garden Tomb beautiful gardens lined the narrow walkways. There are about five covered gathering places for groups to sit, talk, share communion, sing. I enjoyed this place much more. 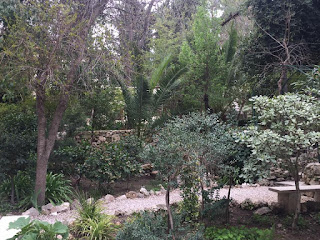 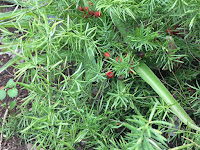 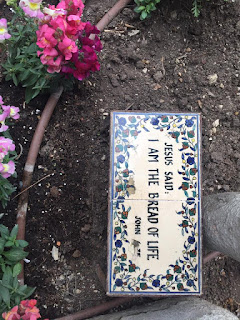 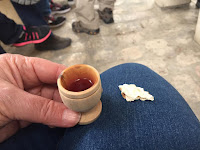 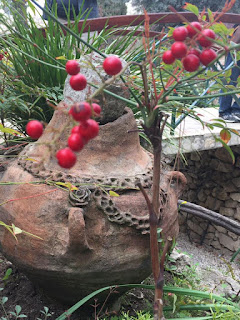 And so on this day after the crucifixion we sit in silence and ponder.

With the conclusion of these Fourteen stations,
I will give you a chance to think on these things and respond. Scroll down to see the previous posts with the first twelve stations.


This post has been brought to you by the one word: WhatJesusDidForUs
Posted by Mary Vee Writer at 7:10 AM