Monday night's world cup football playoff between Italy and Sweden proved to be an epic game. This was the first time Italy did not earn the right to go to the World Cup football (or as we Americans say, soccer) games in sixty years.

I didn't like the mocking reports against this fine team. And while the Italian fans walked away in silence, I thought there had to be shreds of good hope in this major sports event for them.

I searched on-line stories about the event.

Then, this morning, tucked in one article, was the rest of a story. The heroic response by Italy's goalkeeper, Gianluigi Buffon.

As we all heard, Buffon played brilliantly. He prevented any scores by Sweden. The final score was 0-0. He did his job.

Buffon had planned to retire after the Moscow World Cup games. But, after last night's loss, he chose to retire now, although some reports say he is willing to compete in contracted games for the rest of the season.


Don't get caught up in rumors running around cyber space implying Buffon's decision to retiring early is because he's mad he didn't end with a perfect record.

Here is why-and this is the stellar part of his story. Better than all his wins.

Buffon was quoted with saying these words:

"I am proud to have worked with some great champions."

"I am not sorry for myself but for all of Italian football."

"Hugs to everyone, especially those I've shared this journey with."


...And he applauded the Swedish national anthem.


Gianluigi is a true sports hero. One that showed children and adults all around the world how best to respond when things don't go the way we desire. 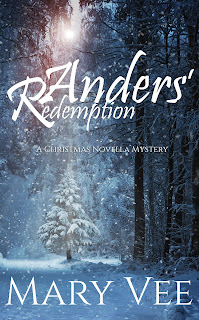 Brice Anders from Anders' Redemption is such a hero. After an injury steals a promising career, Brice is faced with an intruder who breaks into his home and takes his designs.

This intense story is available on Amazon, Barnes and Noble, and other booksellers. Available in ebook and paperback.

Currently all 5 stars on Amazon, this is a story I think you will really like.


This post has been brought to you by the one-word: HeroesInTryingTimes

Never Give Up Stories

We all need to look for heroes of this magnitude.