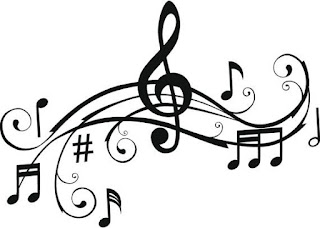 When I was young, there was a lady in my church named Juanita who had a sweet soprano voice. You know the kind, the sound that a young trained soprano makes. Not harsh or overly powerful.


Juanita was my parent's age. So when I was young, I thought she was old.


It always surprised me that no matter how old I became, her singing voice never took on that harsh, older sound that happens to many sopranos. And her voice never deepened, as happens to some sopranos in later years.

She loved to sing at church and it showed. I loved hearing her sing.

Then one day, I learned that Juanita was tone deaf.

No. Couldn't be. I knew music pretty well and could easily pick out a singer who struggled to stay on pitch. She never had that problem.

But she really was tone deaf.

She had an arrangement with the music director whereby he would tell her far enough in advance when she was scheduled to sing for a church service. She then met with someone (I really don't know who that person was), and practiced each note, one by one, until the note was perfect pitch. Once she had the notes learned in sequence, she remembered them.

At a moment's notice, she could even sing a song she'd learned in her past and still remember the pitches.

I've often thought about the immense amount of work she put into learning a song. Tirelessly tweaking a sound until told the pitch was correct. One by one.

I've often thought about the first time she might have sung in front of church. Did she feel nervous? Did someone have to encourage her? Or did she simply resolve to just sing for Jesus? I don't know.

It's amazing how we remember people from our past. The special something about them that had an influence on us. A treasure from God.

So now it's your turn. Try to think back to someone from your past. Someone you haven't thought about in a long time. What is it about that person that God helped you think of him or her just now? What influence did he or she have on you that you've forgotten...and need to remember?

This post has been brought to you by the one word: Influence
Posted by Mary Vee Writer at 10:30 PM