The Coffee Shop has Taken over the Golf Course 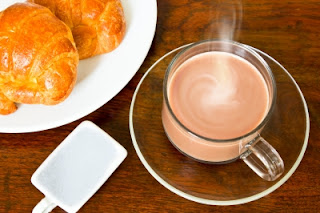 Who knew what all could happen at a coffee shop?

Is it weird that two totally unrelated events came to my attention, having basically nothing to do with coffee, took place at a coffee shop?

The first I just sorta blew off, but for some reason it stuck in my head revving up the importance of the second.

A friend met a group at a coffee shop. They talked, chatted, conducted business, shared ideas, and went forth armed to take care of whatever they talked about. After the meeting, my friend stayed and wrote some of her story.

While she was there, another group formed around tables across from her. This was a class on serving beer. My friend joked she now knew the rules and customs for serving beer.

Not too interesting other than the coffee shop served as a meeting place for a group of writers, a place for a writer to work, and a place to learn the proper way to serve beer.

A guest speaker spoke at my church. He is a missionary who oversees, answers questions, meets needs, coordinates the missionaries in all of Asia for his mission. He lives in Australia but spends time in places like Japan, Cambodia, Thailand, Philippines, etc.

Two places that he spoke about caught my attention. First, and a bit off topic but worth sharing, was the work in Cambodia. There is a city where Cambodian descendants who had grown up in America, committed crimes, and were deported now live. These men were accustomed to the American life style since they basically lived their lives there.

Missionaries formed a church in this city to help these men move forward with their lives. To learn their Cambodian culture and learn there is a God who loves them. This I found to be a unique idea.

The second place he talked about that caught my attention was a coffee shop in Japan. A few missionaries opened a coffee shop. While workers took orders, a few sat at a table and held a Bible study. At a nearby table, a woman sat drinking her coffee. She could hear the men. After a short time she asked if she could join them. She was welcomed and after the study she asked if they had a church she could go to.

The church was new, barely a room with only a few people. I have a feeling it won't be small long.

Once again, missionaries had an idea that met the needs/wants of the people in the area where they served.

All kinds of meetings use to be held at golf courses...today, the coffee shop offers a cozy place to sit, chat, and talk and share...and even get to know the God who loves. This is an idea we could do. Coffee shops are a nice place to meet. And consider this...there are people close to your table who can hear you. So...use the moment!!

Do you go to coffee shops? Take a friend, have a conversation about God, and see who listens around you.

This post has been brought to you by the one-word: Easy-Way-To-Share
Posted by Mary Vee Writer at 10:30 PM

Mary: I do not drink coffee. Due to a caffeine sensitivity, I drink herb tea. There is a coffee shop a few minutes away from our home. I had been there a couple of times and asked the owner if I could frequent the place and do some writing. Then life got in the way; I am sorry to say I have not followed up on my plan. I just thought about that coffee shop and my plan just before I came to my desk. Could God be telling me something?

I am an event photographer, I love this venue, and I will revisit this event space in a heartbeat. They have really great staff and pretty decent drinks. Their halls and rooms are absolutely gorgeous.