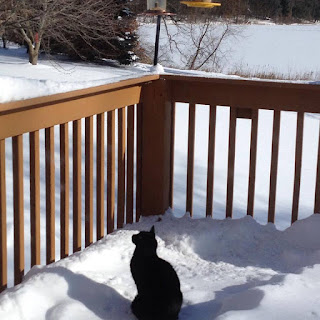 Friday the 13th has been one of my favorite days since...I can remember. Talk about a day with plenty of entertainment. People stay away from black cats (I have one..purposely picked the little guy out from the rescue shelter), broken mirrors..you know the crazy thoughts that arise on this day.

Did you know, I learned this during my visit to Italy this year, that the residents of Pompeii were superstitious? They had statues of cornucopias around the city and small ones in their pocket to "protect them" from their superstitious beliefs. Yeah. Pompeii. Guess the cornucopias didn't work for them.

My friend, Jim Rubart has the fun, joking, yet wise personality of a big brother. He is an author and my guest today--and what a perfect post to have for a Friday the 13th.

So...for you...here is Jim Rubart's post, one we all need to read on a mid January weekend that happens to have a Friday the thirteenth.

So many authors. So many different journeys.

I’ve yet to hear the story of publication from one of my author friends that is typical, yet they all have one element in common: It was hard. Excruciatingly hard.

Very true, Jim. Any career, project, endeavor road can be really difficult--and we want to give up so many times!!

In other words, it’s okay. This road you’re on with all its blindsides and potholes and jagged cliffs with no guardrails? It’s not unusual. You’re not alone.

My own writing road had a dead end sign on it of my own making. I’d dreamed of being a novelist since I devoured the Chronicles of Narnia in 5th grade. But when I was rejected for my school newspaper in 9th, I accepted the fact I had no talent as a writer. (I know, I know, so let me ask, what “facts” have you accepted about yourself?)

I think we all have felt this way at least once. The Evil One is very good at persuading us we can't do a job.


But I kept dabbling in the dream. In my teens and early adult years I:

•    Subscribed to Writer’s Digest
•    Bought books on writing prose and screenplays
•    Scribbled a few short stories
•    Went to local writer’s workshops
•    Wrote a Seinfeld episode in ’92 with a buddy on a whim which ended up in the hands of a prominent L.A. TV writer
who said we had true talent
•    Wrote Web sites, radio ads, brochures, letters and TV ads for a living

Some of us haven't even done that much because the weight of failure is too much.

But my dream of writing a novel? I did nothing. NOTHING!

(Well, I did think about it. A lot. And carried around this sack of nine-hundred pound guilt because I knew I should be taking action.)

Sitting here in the middle of January--with the great dreams for this year dangling over a cliff pleading for us to pull them up to safety.

Finally, in the spring of ’06, I went to my first writing conference. By summer I had three agents interested in representing me. In September of that year I signed with a fourth. A little less than two years later I had a contract for my first book, ROOMS.

That is a saying that should be posted where I'd see it every morning, right Reader?

Maybe your dream isn’t writing. It’s painting. Or music. Or opening a restaurant. Or taking that trip to Israel or the Bahamas, or doing missionary work halfway across the globe.

No one with a goal or a dream gets it easy. Just doesn’t work that way.

I like watching Biography and the one thing that has struck me harder than anything else is how tough it was for EVERYONE.


Here are a few of the stars I’ve watched profiles on:

It’s fascinating to see where they came from, what got them there, and what they had to go through to get there. I had this idea that most stars walked into their gifting/destiny with a few minor pebbles in the road, not a street where bombs had gone off and were still exploding.

And by bombs we each have our own personal type of bomb that brings our day to a halt.

ALL of the stories revealed serious setbacks before these stars achieved fame and fortune. All.

A repeating mantra when outsiders describe these people is, “They were so incredibly determined.”

“They worked harder than anyone else.”

“They knew what they wanted, fixed their eyes on it and refused to give up.”

“No one came to see them at first, but they didn’t care. They just kept at it.”

It comes down to this: You have to believe in yourself. When no one else does. There is no other choice.

Because there really is one sure person who believes you can finish--at least the portion of the task you were given--our very loving and living Heavenly Father.

There is no other road.

Is your dream sitting in the back of a dark rusted shut drawer somewhere? What is it?

Grab the crowbar, let’s get moving. 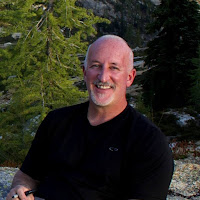 James L. Rubart is speaker, marketing professional, and a best-selling, award winning author. Publishers Weekly says this about his book, SOUL’S GATE: “Readers with high blood pressure or heart conditions be warned: this is a seriously heart-thumping and satisfying read that goes to the edge, jumps off, and “builds wings on the way down"

Thanks, Jim. Great words for today.

Mary: As they used to say, "Thank you, I needed that." I got upset this morning when I made contact with a friend who has a very full plate. I asked her if she could continue helping me with a project to which I have returned. She had to turn me down. It hurt me for a while; reading this helped me realize I have to continue with this project in spite of the lack of support from local friends.

Way to go. So, when you reach the other end of the project...let me know how it went. Did something surprise you as you did parts you wanted to delegate?