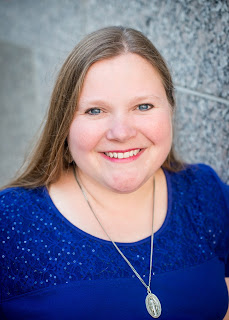 A commenter will win a copy of
Dana's book:
Interrupted Lullaby


Mary here. I'm so happy to welcome Dana to Let's Talk. I only met her a short while ago, but in that time, I've seen a happy spirit in her. One that radiates in her words and pictures. I asked Dana: how has God led you on your writing journey? Here is what she said:

To Every Season...Turn Turn Turn

Hi Mary and Let's Talk readers. Thank you so much for hosting me today. I’m honored to be here.

You asked me to talk about how God has led my writing journey. Thinking about it, I would compare His leading to a gentle pull or a nudge. Not at all like the urgent drive that some of my writer friends talk about. I just knew in elementary school that I wanted to write. My original goal was to write a book before I graduated from high school. Yeah, that never happened. I would get a few pages in and life would distract me.

By the time I left for college, I had pretty much decided that I would never publish more than a few poems. But still, I kept writing. Kept dreaming. Every once in a while, I would think of a great storyline, or so I thought. I could never get past the first few pages, though. And then I got married and started having children. Any time I had previously set aside for writing disappeared. Yet I still felt that gentle pull, that desire to write. It just never seemed to work out for me. So I put the dream on the backburner. Always there, waiting.

You know what the Bible says about everything having a season? Well, it’s true. Looking back, I can see that my dream wasn’t wrong. Just the timing.

In 2013, my desire to write returned stronger than ever. When the Love Inspired Suspense editors announced a pitch contest to attract new suspense writers, I felt called to enter. This really surprised me, as I had never considered writing suspense before. But the urge to enter wouldn’t leave me. And the idea I had brewing in my head kept growing and growing. I could literally see some of the scenes playing out in my head. So I took a leap of faith and entered. I also submitted a Pride and Prejudice variation novella to a small press, Astraea Press.

In March, 2014, I received my first contract ever for what is now An Inconvenient Courtship. And on July 2, 2014, I was offered my first contract with Love Inspired Suspense. Now, two years later, I have published two books with Astraea Press, now called Clean Reads, and two with Love Inspired Suspense (LIS). I’m contracted to write three more for LIS. God’s timing really was the perfect timing. And while I don’t know what the future holds me, I am very grateful for all He has blessed me with.

God is good. All the time.

Thank you so much, Mary and all you readers, for inviting me. I am offering a signed print copy of Interrupted Lullaby.

Mary here, I think we all will really enjoy this book. Love suspense stories. 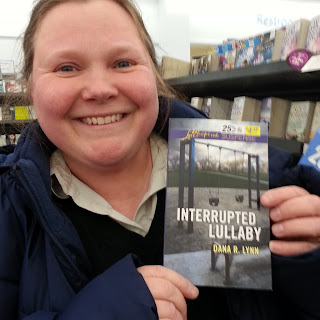 Dana R. Lynn grew up in Illinois. She met her husband at a wedding and told her parents she had met her future husband. Nineteen months later, they were married. Today, they live in rural Pennsylvania with their three children and enough pets to open a petting zoo. In addition to writing, she works as an educational interpreter for the deaf and is active in several ministries in her church. 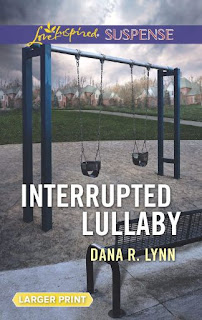 Maggie Slade’s been on the run since witnessing her husband’s murder, hiding from a killer who wants evidence he believes she has. A killer who was dressed as a LaMar Pond policeman. And she’d better run fast, because it’s not just her life on the line- Maggie now has year-old twin babies. But then she’s attacked again, and rescued…by a LaMar Pond cop.


Thank you, Dana, for joining us this weekend!

This sounds like a very intriguing and suspenseful story that I would love to read.
Dana is a new author to me. I enjoy reading the Love Inspired line of stories.
marypopmom (at) yahoo (dot) com
Maryann

Hey Maryann!
So nice to see you tonight. Fortunately the sun is still up, perfect for reading a good story. I love suspense stories, also and I have a feeling this is going to be a fantastic read!

The book sounds like an amazing read. Looking forward to reading.
diannekc8(at)gmail(dot)com

Wow. It sounds like very exciting story. I can see how it would be hard for her to trust another policeman. fishingjan[at]aol[dot]com

Hey, Dianne. I'm so glad you stopped by and could chat with Dana and me. Her story does sound amazing, I must agree. Be sure to help yourself to some virtual sweet tea and pastries. Sitting out on a virtual beach has made for a great time. Stay and chat as long as you can.

Jan,
I thought the same thing. What an intriguing story. When you get a chance to read it, stop back and let us know what you thought. I've basically enjoyed all of Love Inspired Suspense books. This new one is going to be a great addition to my reading pile. Thanks for stopping by tonight. The stars are just popping through the night sky. Great evening to chat with Dana and the rest of us.

Good morning Mary. I am just now finishing my real cup of coffee before I start a busy day and I enjoyed reading anout Dana's journey as an author. I am a big fan of mysteries and I am so glad that Love Inspired offers us books that offer us suspense without all of the sex and violence. Dana, you have shown us once again that God's timing is perfect and I wish you continued success!
Blessings to both of you and Happy Memorial Day!
Connie
cps1950(at)gmail(dot)com

Hi Maryann! Thanks for stopping by! Good luck in the drawing!

Hi Dianne! So nice to meet you. This was a really fun story for me to write. Good luck in the drawing.

Hi Jan! Thanks for stopping in to chat. I love meeting readers and talking books. good luck in the drawing.

Good morning Connie! I completely understand what you mean about having access to books without sex and violence. I promised God I would never write anything that I wouldn't want Him to read. Or my children. Thanks for the good wishes.
Happy Memorial Day!

Hey, Connie!!!
So glad to see you. And a Happy Memorial Day to you as well. I have read several Love Inspired Suspense books and love them for the very reasons you say...because they offer suspense without all the other stuff. So..I'm on board with you, girl. Sure glad you had a chance to come chat with Dana and me!