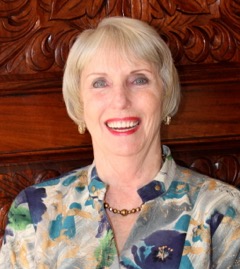 A commenter will win a copy of
Janet's book:

A Nanny For Keeps

Mary here. I'm so happy to welcome Janet Lee Barton to Let's Talk. Hind sight always seems so good. Today, Janet shares how being kept from her desire for a time actually proved to be a blessing in disguise. I asked Janet: how has God led you on your writing journey? Here is what she said:

He Saved Me From Publishing Too Early!


When I was asked to write about the journey God has led me on, I was very excited about it. To say that I believe He has guided me in my writing is a huge understatement. I have no doubt that He saved me from publishing too early and pointed me in the right direction over and over again.

At the time I began writing there were few Christian publishers of fiction that I knew of.  And I’d always wanted to write the sweet romances I loved to read. The first story I sent off was rejected, but I was asked if I had anything else they could look at. Well, no, I didn’t. But I quickly began a new book and then, about half way, through true writers block set in and I could go no farther.

You see, during that time those sweet romances I loved were going through changes and had scenes in them that, while I could skim over them in reading, I couldn’t skim while writing. And there seemed to be no place for the kind of stories I wanted to tell. And I couldn’t do it. I knew what was selling at the time wasn’t what God wanted me to write. It wasn’t what I wanted to write or read, and I certainly didn’t want my daughter or any grandchildren I might have in the future to read and say “Mom!” or “Grammy! You wrote this?” So I put it aside and thought my dream of writing romance was dead.

Fast forward around seven years later. My dream might be gone, but still, I found I was a writer. I needed to write.  So I wrote a children’s story and some skits for our church’s VBS. And THEN, my brother brought me a Christian Book Distributor catalogue and I opened it up to find Christian Fiction, and yes—Christian Romance! I felt as if the Lord was telling me that I could write the romances I longed to write—I just had to write them for HIM.

And I did. Oh yes, I wanted to sell, but I felt I was being true to what the Lord had called me to do even if I never did sell and left that in the Lord’s hands. And He did take care of it. It wasn’t long after that I sold to Barbour’s Heartsong Presents line and was able to write the kind of romances I love. Only after awhile, I wanted to write longer stories and the idea for my Boardinghouse Betrothal series for Love Inspired Historicals bubbled in the back of my mind for a long time before the Lord helped me tie it all together in a way that I knew could be an ongoing series. 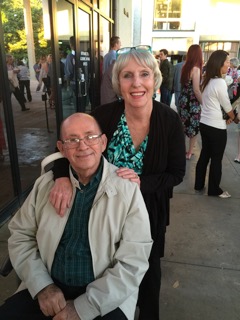 Bestselling author Janet Lee Barton is a RT Book of the Year award winner and multiple ACFW Carol Award nominee. Born in New Mexico, Janet has lived all over the South. When Janet isn't writing, she loves to cook for family, work in her garden, travel and read. She writes both Historical and Contemporary romance, and loves writing about faith, families, friends and of course, falling in love.


Janet loves to connect with readers.
You can find her at her:
Website

A Nanny For Keeps

With no teaching positions open, Georgia Marshall agrees to become the temporary nanny for the two little girls next door. But she soon becomes enamored of the precocious children and their dashing but distant widowed father. Though she's falling for him, she can't help but think that the nobleman is out of her reach.

After the tragic loss of his wife, Tyler Walker swore he'd never again give his heart away. Until his neighbor brightens his home and brings some much-needed stability to his motherless family. But he refuses to allow this arrangement with the pretty teacher to become permanent…no matter how much he wants Georgia by his side—forever.


Enter the contest to win Janet's book:
A Nanny For Keeps
US readers invited to enter!!


Thank you, Janet, for joining us this weekend!

Great blog post, Janet. Yes, God surely guides our steps and I think has saved many of us from publishing too soon. Congrats on your great success. :)

Thanks so much Ginger! Yes, He does, for sure. Congratulations on your great success, too!

Hi, Ginger. So glad you came. Even as I edit my work today, I am surprised at the number of places I can improve the story and am grateful for the opportunity to fix those portions before a publisher takes a look. God knows. We are so blessed.
Thanks for chatting with Janet and me.

Enjoyed reading about your writing journey, Janet. Although it isn't always easy to accept, I keep reminding myself that writing the story is up to me, getting it published is up to God.

Janet, I totally relate to your journey! I longed to read and write Christian romance in those early days and was thrilled when that market finally exploded. It's amazing how many of us were out there longing for this kind of book, readers and writers alike.
Love your Boarding House series, as you well know!

Hey Janet!
I just got the new book yesterday, and I can't wait until I can dive in! This is without a doubt one of my all-time favorite series!!! Nothing else out there is quite like it. Please keep the stories coming!

Mary, thank you for featuring Janet and Janet thank you for sharing with us how God has his hand on your writing journey. I would love to read this book and the cover is so pretty. Historical stories from the Love Inspired line are some of my favorite books to read.
marypopmom (at) yahoo (dot) com
Maryann

I am not an author but your words resonate with me and everyone else. God has a plan for all of us and if we trust Him and allow Him to he our architect, if we allow Him to guide us, then we will have the outcome that He wants for us.
Janet, the cover for this book is lovely and Mary, even though I am late visiting, I enjoyed another great Friday author interview!
Blessings!
Connie
cps1950(at)gmail(dot)com

Thank you, Dee Dee! Just keep leaving it all in His hands. :)

Thanks Linda! We're really blessed that we can write them now, aren't we?

Thank you, Aaron! I'm so glad you love this series. And I will keep them coming, although this will be the last one for LIH. I love my editors, but they felt it was time for a change, and I'm not ready to give this series up yet. So I will be continuing them as Heaton House Romances, and hope my readers will continue to enjoy the series. I have been given permission to link them to the Boardinghouse series and that will help keep them connected. Next one up is Julia's story. :)

Thank you Maryann. I'm glad you enjoyed my article!

Thank you Connie. And you are right. We just have to know that He will never guide us in a wrong direction and allow Him to be the guide.

Dee Dee, these are great words for any person in any career--even parenting. God really does know we aren't perfect and will love our efforts. What happens to that work is a gift from God the result will be according to His plan.

I'm so glad you stopped by and joined our chat today. :)

And now I wonder if the strong interest came at the same time the market exploded. Sounds like a God game plan, eh? So awesome when we see His handiwork.

Wow, Aaron, I think we've just been given an inside scoop! Too awesome!! And thank you, Janet, for choosing to continue the series.

Thanks for stopping by and chatting with us!

I have to agree with you. First of all they stories are intriguing, they are the perfect length, they're exciting, and they're clean.

Great chatting with you, Maryann!!

I was thinking the same as you, Connie. I even happened to mention it in a comment above, that these messages are universal, applicable to any work God gives us. We are so very blessed.
And, Connie, the welcome mat is out all weekend all the way through Sunday midnight. So glad you stopped by today!

And Mary, thank you so much for hosting me on your great blog! I've really enjoyed it!

Janet, I can so relate to your post. It was almost like reading my own journey. As always, I can't wait to read your latest work. Jacqueline

Oh, thank you, Jacqueline! I'm so glad so many of us are traveling the same way on our journey. I hope you like this story. Thanks for stopping by!

Jacqueline,
I'm so glad you stopped in. There is plenty of seating and I just put out some fresh virtual pastries. Don't you find that God leads us to the very words that need to touch our lives at the moment. God has some awesome plans for you. Keep walking in faith.

Thank you for this message Janet. Sometimes being patient is hard! I'm at that early, needing to be patient point in my writing career, and it helps to hear your story! Thanks for sharing!

Janet, this is a wonderful post! I think it is so important to remember we write for God. I definitely needed the reminder. I'm looking forward to you writing MANY more Boarding House books.

Martha, I'm really happy to meet you. Being patient is difficult. BUT don't let it be confused with discouragement. The latter is our downfall. Yanks us away from trying whatever task we need to do. Give each day to God...even if it is just doing dishes. Because in that time...so many great ideas will drip into your head. I'm cheering you on!!

Thanks for stopping by Terri! What a blessing for an author to hear that readers are looking forward to more of their books. You have encouraged Janet so much with this comment. When you think about it..this comment was stirred by God, inspired to you, but you chose to follow through and write it. :)