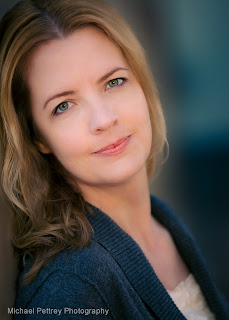 A commenter will win a copy of
Lori's book:

A Flight of Arrows

Mary here. I'm so happy to welcome Lori Benton to Let's Talk. I only recently met her and found we have much in common. The day I worked to set this post up I struggled to stay on task. I couldn't gather my thoughts and resorted to my mainstay of writing down my tasks for the day in my daily journal. This is what gets me through each day. My problem: I, like Lori, have days of brain fog as a residual from chemo. But this is Lori's day and Lori's story. She is ready to tell you what God has done for her. I asked Lori: how has God led you on your writing journey? Here is what she said:

My debut novel, Burning Sky, released in 2013. More than once during an interview that year I was asked, "Did your own battle and survivorship with cancer influence your novel?" My answer is very much so! In fact, what I learned during the year I went through cancer treatment offered me much by way of inspiration when it came to writing Burning Sky and every novel I’ve written since.

A theme I explore frequently in my novels centers around identity. In Burning Sky, more specifically, it was the challenge of redefining oneself after a significant loss. Many of the story’s characters are on that difficult journey but one of them, Neil MacGregor—the Scottish botanist aided by the heroine, Willa Obenchain—has a journey that mirrors my own, though I didn’t initially intend for that to happen.

I created Neil MacGregor as the hero of a story different in genre and setting from the one he now inhabits. While the losses that early version of Neil suffered are similar to what they are in Burning Sky—due to a debilitating brain injury—the way in which he dealt with them was vastly different.

I’ll explain, but first a little background on my own journey. In 1999, halfway through writing that early, still unfinished story, I was diagnosed with Hodgkins Lymphoma, a cancer of the lymphatic system. Chemotherapy and radiation eradicated the cancer and the side effects I experienced were relatively mild, except for one. It’s called chemo fog and I was blind-sided by it.

Anything resembling concentration was beyond me; my memory for plot threads and character arcs—important things in a novel writer’s life—was almost nonexistent; I couldn’t retain anything I read by way of research for more than a few days and found myself looking up the same facts and material over and over again. After a year or two of frustrated starts and stops, I reached the dispiriting conclusion that I was no longer able to write the type of novels I’d created before my diagnosis. A vital part of my identity was lost. For all I knew, lost forever.

But God was doing a work in me, a long-term work of submission and trust, of giving my heart’s desire to write completely into His hands. There came a day when I ceased even to try to write, even though the desire to write never died. I continued to pray and wait. It would be nearly five years before the fog lifted enough for me to feel ready to once again tackle the mountain climb that is novel-writing. One of the characters waiting for me at the foot of that mountain was Neil MacGregor, ready to try again if I was. I knew I had to find this character a story to inhabit, but the setting I had in mind to write about now was as different as it could from that early story I’d never finished.

So I set him down on the New York frontier in 1784, and he adjusted remarkably well. In fact, I discovered that somewhere in that mysterious alchemy of story-weaving that Neil had grown in the face of his losses in the same way I had. God hadn’t taken away his heart’s desire to be a botanist despite a serious handicap that would seem to stand in his way, even as He didn’t take away my passion to write when the ability to do so was absent.

Yet this new incarnation of Neil MacGregor, alive in the pages of Burning Sky, had reached a place of surrender and trust I never could have imagined for him before my own journey of surrender took place. Neil is acutely aware of the challenges that stand between him and his goals, yet he knows that if God has called him to be a botanist, with all that demanded of a man in the eighteenth century, then He will go before him and make a way. Similarly, I knew that if God had called me to be a published writer—or a writer at all—He would go before me day by day and enable me, and open the right doors. If not, then that would be for the best.

On a personal note, I've been cancer free going on 17 years now. I’m beyond thankful to be writing again and for the opportunity to share my stories with readers. I’m also thankful to God for the chance to breathe life into a character like Neil MacGregor, inspired from such a challenging, uncertain, yet profound season in my life. 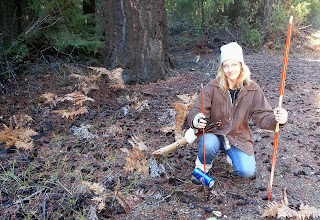 Lori Benton was raised east of the Appalachian Mountains, where she was surrounded by three hundred years of American history. Now her novels transport readers to the eighteenth century, where she brings to life the Colonial and early Federal periods of our nation’s history. She is the multiple award-winning author of numerous books including Burning Sky, The Pursuit of Tamsen Littlejohn, and The Wood’s Edge (Book 1 in The Pathfinders series). Lori makes her home in Oregon, where she enjoys baking, hiking, and bow-shooting in her spare time. 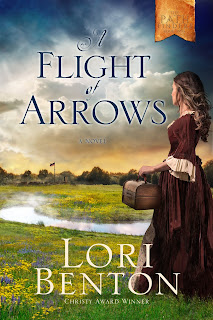 A Flight of Arrows blurb

Twenty years past, in 1757, a young Redcoat named Reginald Aubrey stole a new-born boy--the lighter-skinned of Oneida twins--during the devastating fall of Fort William Henry and raised him as his own.

No one connected to Reginald escaped unscathed from this crime. Not his adopted daughter Anna. Not Stone Thrower, the Native American father determined to get his son back. Not Two Hawks, William's twin brother separated since birth, living in the shadow of his absence and hoping to build a future with Anna. Nor Lydia, who longs for Reginald to be free from his self-imposed emotional prison and embrace God's forgiveness--and her love.

Now William, whose identity has been shattered after discovering the truth of his birth, hides in the ranks of an increasingly aggressive British army. The Redcoats prepare to attack frontier New York, and the Continentals, aided by Oneida warriors, including Two Hawks, rally to defend it. As the Revolutionary War penetrates the Mohawk Valley, two families separated by culture but united by love and faith must find a way to reclaim the son marching toward them in the ranks of their enemies.

Enter the contest to win Lori's book:
A Flight of Arrows

US readers invited to enter!!

Thank you, Lori, for joining us this weekend!

What an incredible journey. So glad you were blessed to be able to write again! A friend's daughter had the same cancer as you several years ago and we are so happy she is cancer free as well. It drew our whole congregation together as we fasted and prayed for her throughout her ordeal. I'm looking forward to reading Wood's Edge and Flight of Arrows!

Hi Heidi, so glad you could stop by. Seems like in every corner there is someone suffering from discover, treatment, or recover of cancer. It's part of our world. We don't like it, and God knows. That is why He listens when folks like the people from your church gather together and pray for treasure's like your friend's daughter. What an powerful blessing when God allows healing to take place.

Knowing that author's or any professional like Lori can still become successful sure encourages all of us.

I'm so glad you stopped by to chat with Lori and me.

Hi Lori and Mary. As I read this before turning out my light, I marvel once again at God's timing and God's infinite patience. Lori, he knew that your gift for words needed to be shared and He knew when the best time to lift you out of the fog so tbat you could 'soar with the eagles'! This book sounds like a very enjoyable read. Mary, thank you for sharing Lori's inspiring story.
Blessings to both of you.
Connie
cps1950(at)gmail(dot)com

Thank you for sharing this memorable and moving testimony. Having read it, the tenderness, compassion, forgiveness and strength expressed in The Wood's Edge are now felt with deeper understanding. I also experienced the fear and frustration of brain fog, and although mine was after a heart attack, I can relate to Lori's experience. Well done, Lori and Mary.
Kathy West (not really anonymous, but it seems this is the only way for me)
kw0724ATaolDOTcom

Heidi, so glad to hear your friend's daughter is also cancer free. And what a great show of love and compassion your church body lavished on her. I know so many prayed me through as well. Blessings to you!

Connie, Yes, His time can be trusted. I love that He opens doors no man can shut, and keeps shut those that aren't part of His plan. Blessings to you!

Kathy, thank you! And I'm so glad you enjoyed The Wood's Edge. :) Blessings to you!

Connie, I just love when you can join our chats. You say the most encouraging words. After reading them, I kinda wonder about the struggles of others who have been successful. I think of Carol Kent, the speaker for women's Christian groups, and others. God truly is blessing an army like Lori to minister through their struggles.

Kathy, I didn't know that following a heart attack one could experience this. I now realize so many others are experiencing this....and yet have been able to continue on with God has called them to do. I'm so glad you stopped by Kathy and pray that you have experienced healing.
Isn't it also a good thing to know the rest of the story? The story behind the author who wrote such a wonderful read like The Wood's Edge? Yeah. :)

Ann, I hope you are having a good spring season. Haven't seen you in a bit. So glad you could stop by today to see Lori's story. Looking forward to your next visit. In the mean time, is there anything we can pray for--for you?