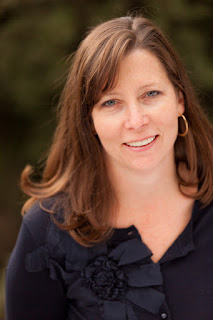 One commenter will win a copy of
Kathryn's new release:
Finding Me

Mary here. After inviting Kathryn to join us, I had a chance to read her amazing post below. As you will soon see, Kathryn speaks from her heart. A wonderful tell of how her books read. You're gonna love reading her God story. Here is what she said:

Being the procrastinator that I am, I always have a list of things I’m going to do someday. This list includes things that I’d really, really love to see happen, but things I don’t have the time or energy or strength to do today. My list includes things like: lose ten pounds, get organized, eat healthier, etc.

When my husband’s Uncle Charlie was diagnosed with cancer, I got a little more serious about that list. He was still fairly young, an active and healthy guy, and it just seemed so arbitrary. It got me thinking about my someday list, and how I didn’t want to receive a diagnosis like that and be left with a lot of regrets for what I should have done. The number one thing on my someday list had always been to write a book.  So, I started writing.

I quickly discovered that I loved to write. I also discovered that this was going to require a fair commitment of time. My daughters were young, we all know how precious time is, and I didn’t want to waste my time if this was not something I should be doing—something I was called to do. So, I began to pray about it. A lot.

Soon after, I was on the phone with my mother. Out of the blue, she said, “Remember when you used to talk about writing a book? Have you thought about that recently? I think you should do it.” My mother and I had not had a conversation about me writing a book for fifteen years. I could only conclude that this was God’s way of giving me the green light.

Fully believing that God had called me to write, I threw myself into it. But… I did it in secret. I know editors get letters that say, “God told me your company was going to publish this book and it is going to be a best-seller”. Unfortunately for me, God didn’t tell me that much. I simply knew that I was supposed to be writing. I didn’t know whether I was supposed to be published.

Those 20 pages were red inked until they were bloody. But I came home, set all those critique pages on the floor side by side, went through all of them one line at time, and begin to revise the manuscript.

The next year, I went back to Mount Hermon, praying that if God wanted me to keep writing, He would send me some encouragement. Once again, I signed up for the mentoring groups, and once again I ended up with James Scott Bell as my mentor. He looked at me and said, “Is this the same manuscript you brought last year? You have really done some good work on it.” I then had an editor ask for a meeting based on what she’d read. While that meeting didn’t produce tangible results, it did provide the encouragement I had prayed for. So I continued to write.

I got a new idea for a story and I began to work on it, setting aside the two manuscripts I had already completed. That year, Mount Hermon had a small mentoring conference in the months before the big annual conference. I attended with my new manuscript and once again ended up in James Scott Bell’s group. When he saw me, he said, “This one’s it. You are ready to break in.”

At the annual conference that spring, I kept praying for encouragement if I was supposed to keep writing. The manuscript was complete and as polished as I knew how to make it. Eight editors asked to see more, and the book eventually ended up with two offers. It became my first published book, A Promise to Remember.

Even now, when I’m in the midst of writing a contracted novel that will become my ninth published book, I fight a constant battle of discouragement and questioning my call. At times like these, I have to stop what I’m doing, bow my head, and simply say, “God, if this is still what you want me to be doing, please send me a little encouragement so that I know I’m on the right track.” I still remind myself that just because He called me to write, and just because He called me to publish, that doesn’t mean He called me to win awards or top the best-sellers list. My job is to do what I’ve been called to do and to do it to the very best of my abilities. All the rest is up to Him. 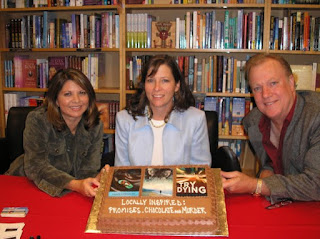 Kathryn Cushman is a graduate of Samford University with a degree in pharmacy. She is the author of seven previous novels including Leaving Yesterday and A Promise to Remember, which were both finalists for the Carol Award in Women's Fiction. Kathryn and her family make their home in Santa Barbara, California.


Here is how you can connect with Kathryn: 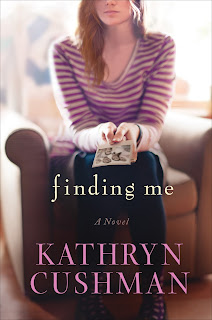 What would you do if you learned your life was a lie?

All her life, Kelli Huddleston has been told the story of a fire--a fire that killed her mother and two siblings when she was an infant. After her father's death though, she uncovers evidence of a different story, including clippings about a boat accident that killed a young father and his infant daughter. And Kelli quietly realizes the story of her life has been a fiction.

How far would you go to discover the truth?

Armed with only a few pictures of what she thinks might be her family, Kelli crosses the country to Tennessee, determined to uncover the truth about what happened over twenty years ago in a small southern town. When the trip threatens to open doors to the past better left shut, and her plans for the future are jeopardized, Kelli is faced with an agonizing choice that will change her life forever.

Thank you, Kathryn, for joining us this weekend!

I love the synopsis of this book! Partly due to the fact it involves a small southern town, which is where I am from Sweet Home Alabama! and also because it sounds very intriguing! Thanks for the chance to win Mary!

Good morning, Michelle!
I must admit, I too am pulled toward books that take place in my neck of the woods. We have a connection before we even open the book, right? Then add a good story line. What more could anyone ask? I'm so glad you stopped by today, Michelle.

Thank you for doing this interview and for the book giveaway. This comment is made with me being signed into my Google account do I still need to leave my email address?

I love hearing writers story of their journey to publication! I think I would give up after a rejection or two.

Yes, Ann. I communicate with the winner that is chosen through the email. Thanks!
I'm glad you stopped by today!! Be sure to grab some virtual pastries--they taste yummy and are calorie free:)

Actually, Patty, you probably have something that you really enjoy doing. Something you feel led to do by God. You've probably experienced setbacks yet you have pursued the task. This is what Kathryn felt. It's difficult, yet the drive to do the job and please God keeps us going.
Thanks so much for sharing this point. Loved chatting with you.

Hey Mary! I would love to find out what lengths Kelli goes to in discovering the truth about herself. Knowing ones' identity is SO important.

Hi Mary,this Fabulous Friday Feature with Kathryn is especially fabulous! Finding You sounds like a wonderful story, with just enough mystery to keep us reading to the end. I also enjoyed reading Kathryn's thoughts about her writing career and I loved this statement: "My job is to do what I’ve been called to do and to do it to the very best of my abilities. All the rest us up to Him". Isn't this applicable to all.of us? Whatever our job; whatever our mission; whatever our calling--it is all God-given and He deserves our best!!
Blessings to both of you and thank you for this interview and giveaway!
Connie
cps1950(at)gmail(dot)com

Hi Caryl!
I totally agree. The moment I read the description of this book I really, really wanted to read it. And for the same reasons as you.

I know, Connie!! I so agree. I also liked her words: "I simply knew I was supposed to be writing. I didn't know if I would be published." Wow. That applies to everything we do. God doesn't expect us to be the best at everything we do...we're just to do our best. That's what pleases Him. Not the product--but the heart.
I'm so glad you stopped by to chat today!

Thanks for sharing, I needed this today!! This book sounds so amazing, I can't wait to read it!! alander87@allcom.net

Good morning, Abby!
I'm so glad you came. I felt the same way when I first saw the description of the book. I hope you'll be able to get a copy soon. And who knows, maybe you will be the winner of the drawing. Thanks so much for stopping by. Hope to see you again.

Hi Everyone!
Thanks for the nice comments. It always amazes me how many people connect with the concept of following our call even when we don't feel good enough, or even when things aren't working out the way we'd expected. I always thought I was the only one who felt that way :-) I'm so glad that God can use imperfect people to accomplish His plan, aren't you?!?!
Thanks again Mary for hosting me this weekend!

This sounds like a fantastic read! Thank you for the interview and giveaway! I do enjoy getting your posts by email.

Hi Melissa!
Thank you, Melissa. I think you're really going to enjoy reading her book. I'm so glad you came and chatted with us today.