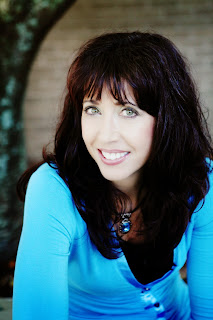 One commenter will win a copy
of Renee's new release:
Wagon Train Proposal

Great news!
International readers are invited to enter.
Renee will send a paperback copy to the winner,
even International

Mary here. Renee is one of the super authors I met at ACFW. I only had a chance to eat a meal at the same table, but in that short time I felt an immediate connection. Her fun spirit. Her friendliness. Well, I simply had to share with you. I asked Renee to tell us how God led her on her writing journey. Here is what she said:

I started writing fiction an entire decade before Kindle, Nook and other modern e-book devices existed. I consider this a huge, unexpected blessing. I wasn’t ready to publish when I began this journey. I had a lot to learn about writing a book. But the pain of rejection (especially in those early years) was difficult.

I know myself well enough to know that had there been the option of bypassing editors and agents I would have done so. I would have been tempted to take the easy way out and publish my work on my own. That route would have been a disaster. I needed time to learn the craft, to hone my skills and, most importantly, to find my niche.

I’ve heard it said that back in those days (circa 1996-2006) a writer targeting New York publishers had a 1 in 6,000 chance of landing a book deal. Thankfully, I heard that horrifying statistic after I started submitting manuscripts to editors and agents.

Again, this was yet another unforeseen blessing. Had I known the odds, I might not have had the courage to send out my initial attempts. Those early rejection letters were both helpful and spot on. Stubborn by nature, once I’d already set my mind on the goal of publication I wasn’t backing down.

In 2001, I found success--five years and five manuscripts later. I hit with a splash by winning the inaugural Dorchester/Romantic Times New Historical Voice Contest. The magazine did a feature on me and my book, a western historical romance. They put a good amount of promotion behind the book. But the sales weren’t great and western historical romances were dead in the secular (ABA) market. I became a one-book wonder within months of EXTREME MEASURES hitting the shelves.

I despaired. I cried, cried some more. I started and finished new projects and continued submitting. But no one was interested. And so began a very looooooong dry spell between book sales. I became so frustrated that I quit writing altogether and cancelled my membership in all of my writers’ groups. I knew I was heading down a dark road. I couldn’t keep chasing the sale and maintain my sanity. I was too obsessed. In fact, the pursuit of publication became my sole mission in life. Something had to change.

I purposely took a step back and started working on my own faith walk, something I had let lag to dangerous indifference. I also started reading books that were not romances, namely thrillers written by men for men. I very quickly realized these books, though well-written and fascinating, lacked the depth of character, emotion and romance I preferred.

And then it occurred to me. If I was going to collect rejections, I might as well stop playing it safe. I took what I knew about romance writing and what I’d learned from all those male-targeted thrillers and melded the two. I added the Inspirational thread for me, and my Daddy, too, a WWII vet who says, “There are no atheists in foxholes.”

I had no real plans of selling the manuscript, and actually didn’t sell it until many years later, but the writing of it brought me to the Inspirational market. I’d found my niche and went on to sell the next manuscript I wrote, a western historical romance with a strong Inspirational thread. I’ve written and sold eighteen more books since.

Renee Ryan is a multi-published, award-winning author best known for her fast-paced, character-driven romances. She sold her first book by winning the inaugural Romantic Times New Historical Voice Contest. She currently writes contemporary and historical Inspirational Romances for Harlequin Love Inspired and Amazon’s Waterfall Press. An empty-nester, Renee lives in Nebraska with her husband and a large, fluffy cat many have mistaken for a small bear.

WAGON TRAIN PROPOSAL (June 2015)
For the Sake of His Children

A marriage of convenience? Rachel Hewitt couldn't possibly accept. Not even for the sake of three adorable little girls who desperately want a new mother. Sheriff Tristan McCullough offers Rachel a home and family, but not the one thing she truly seeks—someone to love her for herself.

Tristan McCullough hoped to find a wife on the wagon train, not a nanny. The hardworking widower wants a marriage without emotional risks. But independent Rachel intrigues him. One minute she's winning over his shy little girls, and the next she's tackling danger head-on. She might just be Tristan's unexpected second chance at happiness…if he'll risk his wary heart again.

Always the dutiful daughter, Fanny Mitchell surprised everyone when she broke her engagement. Now she's working at the fancy Hotel Dupree—and falling for the mysterious, handsome owner, Jonathon Hawkins. But when she and her boss are caught in an unexpected kiss at a ball, will her reputation be tarnished forever?

The son of a woman of ill repute, Jonathon knows that gossip can destroy lives in an instant. And he won't allow sweet, lovely Fanny to suffer the consequences. When he proposes a marriage of convenience, Jonathon believes he can keep his heart to himself. But the more time he spends with Fanny, the more he realizes he may just be in love—with his wife…

Thank you, Renee, for joining us this weekend!

I am so glad you didn't give up after the rejection letters. God had a plan for you. It's all in his timing. You are a new to me author and it's a pleasure to meet you. It's so exciting to see a book about wagon trains. I love books about settlers and pioneers and the hard times they have but overcome. I have a hard time finding books like this so it's great to have found yours. Children in a book always get to me especially ones that need a Momma. Being a Momma to a dozen of them myself I find your book to have all the right elements to make a great read. I would love to read your book. Best of luck in your continued writing journey.
Deanne
Cnnamongirl(at)aol(dot)com

Hi Deanne! So happy to meet you. I can't imagine mothering a dozen children. You are a wonder and a treasure!!!

Good morning, Deanne
Do you have you tea or coffee? This morning I am drinking coffee with cream. I'm so glad you came today. Plenty of virtual pastries on the counter.

Isn't it fun to read stories about pioneers. I am so impressed by their drive to follow their dream despite all the trials. Wow. This book by Renee is bound to be a great read for all the reasons you listed.

I loved chatting with you. Look forward to seeing you again.

Hi Mary and Renee, I'm glad you never gave up Renee and praying your books continue to do well!!!!! Jenny
jennydtipton at gmail dot com

Sounds like God used your hardship to (rejections and giving up your writing for a spell) to bring you to a closer walk with Him. I'm sure your faith grew and what a testimony! I,to, am glad you didn't give up and God opened the door to inspirational writing. After all, He is the ultimate author and put that desire for writing in your heart!
Your book "Wagon Train Proposal" sounds like my favorite kind of book to read! I love historical and wagon trains...and this one takes place on the Oregon Trail (I happen to live in Oregon)! That makes me want to read it even more :-) Thank you for the great introduction to a new-to-me author, I love discovering new writers!
teamob4 (at) gmail (dot) com
I am also a follower of your blog Mary!

Hi Jenny!
Good to see you. What I like about what Renee wrote was that it applies to all of us, no matter what we are doing, don't you think?
Thanks for joining us today. Loved chatting with you.

Trixi!
Yeah, I'm happy to see you today. And what a nice surprise--you live in Oregon and the book features the wagon train. I think you will like this book.
The Bible shows us several people who had to stop what they were doing, take a break, then return to the task much stronger. God always knows just what we need. :)
Looking forward to you seeing you again.

It was a good blog to read!

HI Jenny! Thanks so much for your kind words. I am truly blessed. I never take it for granted. ;-)

Hi Trixi! I love that you live in Oregon, so much history in that great state. You are so right. God is the Author, I'm just the quill. Every book is an honor and a privilege to write. ;-)