Some People Solve Problems in the Weirdest Ways 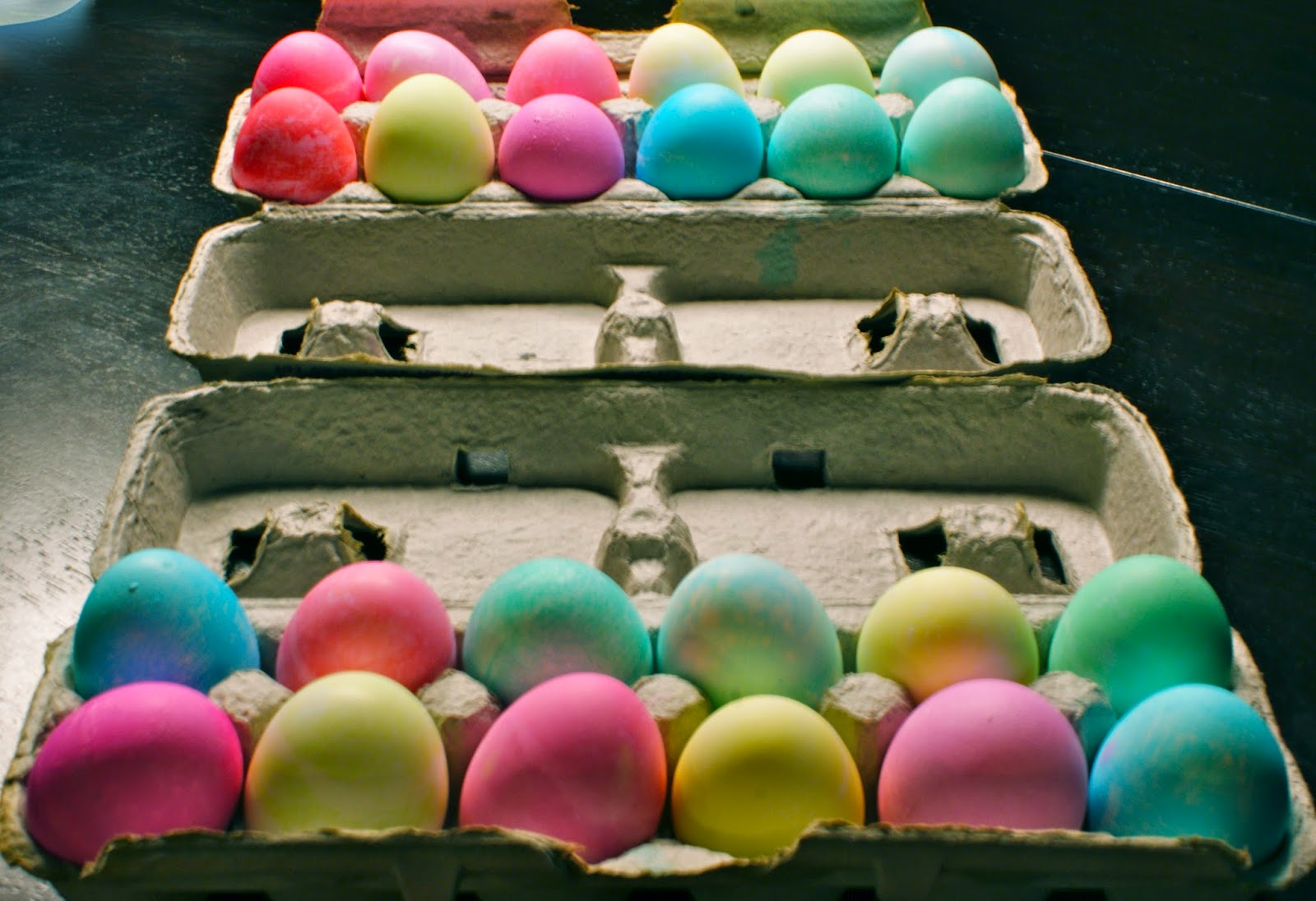 I stood in line at the grocery store behind a couple who must have been shopping for a family of 50, purchasing enough food to last a month.

Long lines filled every available lane which meant even the managers hopped on a register. The cashier in my lane was one of those managers. Surprisingly enough, he didn't mind helping out in this way.

He kept a polite conversation with the couple in front of me. When he picked up their eggs and scanned them he said, "Did you check your eggs?"

The couple seemed a bit annoyed with his question and blew him off.

To fill the silence the manager said "Earlier today I asked a customer if they had checked their eggs. The shopper said, 'Yes--there were eleven.'"

The shoppers in front of me left, obviously not as intrigued with this fabulous story as I was. The manager scanned my first item. I couldn't stand it any longer and said, "So, what happened to the customer with eleven eggs?"

He carried on with his story as if he'd never been interrupted. "Well, I asked them, did you want to exchange the carton?"

The manager was relieved.

Oddly enough, the same day another customer purchasing eggs answered, "Yes" to his question and they, too, had eleven eggs. They had solved the problem the same way.

He said, "You won't believe this, but a third customer coming through my lane and answered me the same way. I began to think it was a joke. Maybe the three knew each other.

If I had been the one checking a carton of eggs and found one missing, I would have put that carton down and picked up another, one with all twelve.

I asked myself, why would someone solve the problem by filling in the missing egg?

Here is what I decided....I have no clue, but it sure would make great fodder for a story.

God created all of us to be individuals. We think differently. We respond differently. We don't belong in a box, and are far from predictable. I think we often surprise ourselves with what we choose to do.

Good thing God knows our hearts and minds. I am so thankful He is willing to steer my life and pull me back on the path when I veer off.


So, here is the mystery of the day, why do you think the customers chose to fill the missing egg slot instead of getting a different carton of eggs?

Mary: Back in my younger days, I complained to a young man who worked at one of our grocery stores that I had previously gotten home to find a broken egg in my 12. He told me in a rather put-off tone that I needed to check them before I picked them up. I have never NOT checked my eggs. If I find one with a borken one, I select another one. Maybe, someone found a broken or cracked egg and took one out of another carton.And the next customer remedied that missing egg by taking one from another one. And the third one followed suit.

Hah!
I don't know how the whole thing started, but the story made for a funny conversation. I supposed if I saw a carton of eggs with only eleven, I'd pick up another carton rather than filling in the hole. Each of us solves problems in different ways, eh?