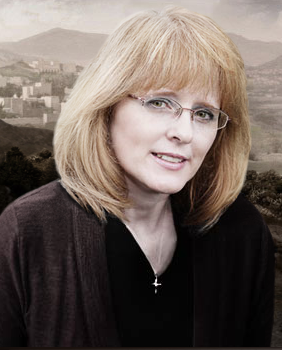 To win a copy
of Jill's new release:
The Crimson Cord


Mary Vee here. I'm always amazed how God brings me in contact with someone who is a neighbor in some way or another. I read Jill's bio and realized I had grown up in her neck of the woods. Hah! Isn't that amazing!  Jill also has the same love for digging into the lives of Bible people. I completely understand the drive to want to get to know these real people who lived real lives and experienced many of the same things I have. I can't wait to read one of her books.

How A Bible Study Led to a Writing Career


I guess you could say that my writing journey began when a Bible study I was co-teaching came to an end. My girlfriend and I were co-teaching a women’s Bible study on the life of King David, and when that study was over, I wasn't ready--I wanted to know more. I wanted to read a novel on his life.

I looked high and low for such a novel, but I could not find one that satisfied my desire. So I began to write the book I wanted to read. That beginning led to twenty years of writing at least eight novels in various genres before I understood the craft well enough to interest a publisher. But that seed of an idea about King David became the Wives of King David series in 2009 and beyond, published by Revell, a division of Baker Publishing Group.

Since that series sold to RevelI I have continued to write for that company. They purchased the Wives of the Patriarchs series, the Daughters of the Promised Land series, and the Loves of King Solomon e-book to paperback series.

There came a point in my writing journey, however, where I almost quit trying. Breaking into publishing was too hard, and I was not sure whether I had heard God's direction correctly. When something takes so long, when prayers go unanswered year after year, doubt surfaces. And "hope deferred makes the heart sick." I had grown weary and heartsick of trying so hard for so long to no avail.

So I journal prayed one more time then let it go. But a few months later, the urge to pray came again, stronger than before - specifically for the Wives of King David series. I prayed and imagined and prayed a little more. Then set it aside once again.

Long story short, within a few months I had an offer from Revell for the series. Quite by accident, a month or two after the contract was signed, I found that journal prayer I'd prayed in heartsick desperation when I was so ready to quit. God had answered. I had not misunderstood his leading. 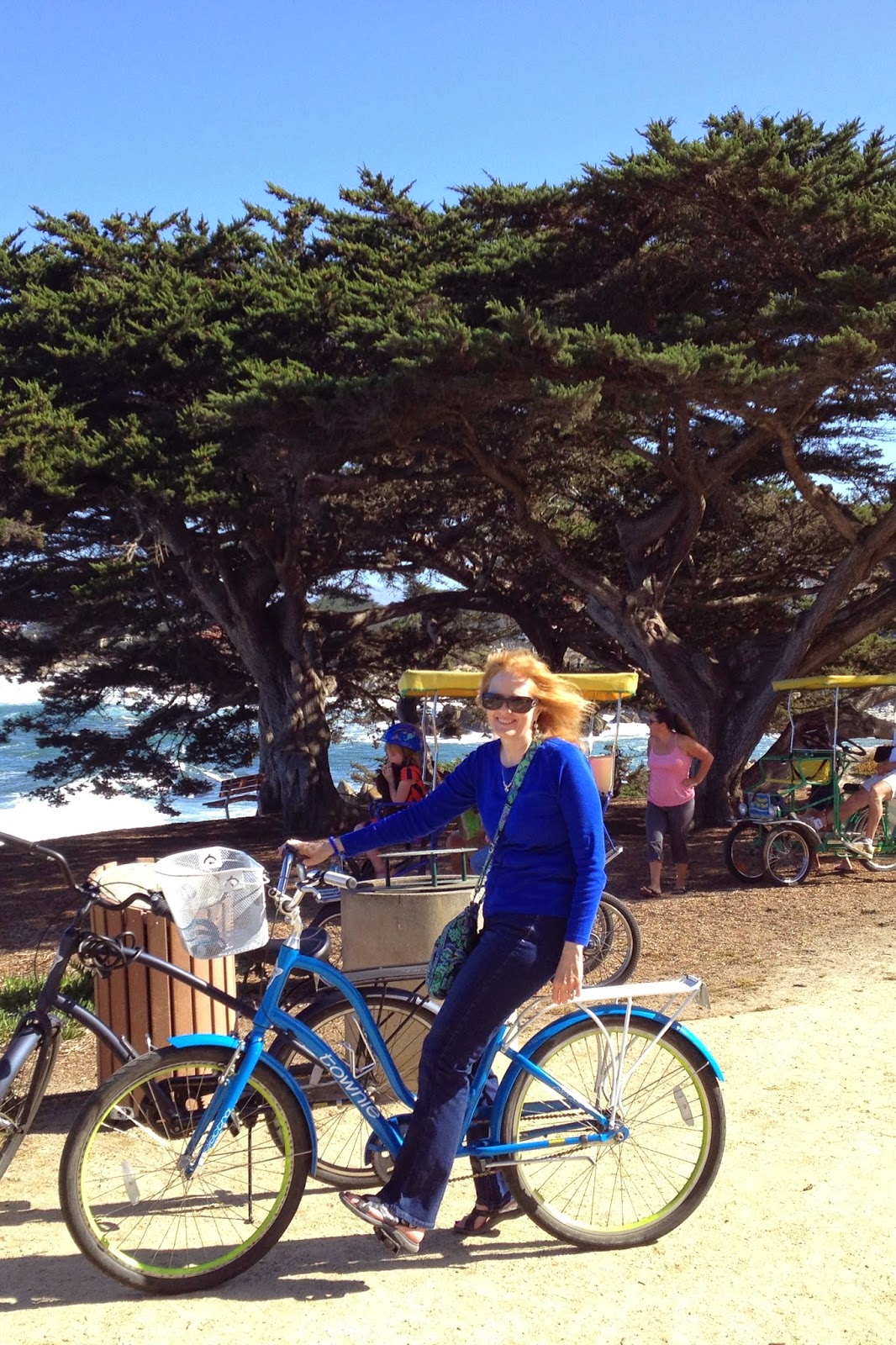 Jill Eileen Smith is the author of The Crimson Cord, Rahab’s Story, #1 Daughters of the Promised Land series, The Desert Princess, #1 e-book short Loves of King Solomon series, the Wives of the Patriarchs series, and bestselling author of the Wives of King David series. Her research has taken her from the Bible to Israel, and she particularly enjoys learning how women lived in Old Testament times.

When she isn’t writing, she loves to spend time with her family and friends, read stories that take her away, ride her bike to the park, snag date nights with her hubby, eat at healthy restaurants (when she doesn’t feel like cooking), or play with her lovable, “helpful” cat Tiger. Jill lives with her family in southeast Michigan.

She loves to hear from her readers.

The Crimson Cord:
Wife to a gambler who took one too many risks, Rahab finds herself sold as a slave to cover her husband’s debt. Forced into prostitution by Dabir, counselor to the Syrian king, Rahab despairs of ever regaining her freedom and her self-respect. But when Israelite spies enter Jericho and come to lodge at her house, Rahab sees a glimmer of hope and the opportunity of a lifetime.
In one risky moment, she takes a leap of faith, puts her trust in a God she does not know, and vows to protect the spies from the authorities. When the armies of Israel arrive weeks later, Rahab hopes they will keep their promise, but she has no idea what kind of challenges await her outside Jericho’s walls–or if she will ever know the meaning of love

To enter the contest for a copy of
Jill's  new release:
"The Crimson Cord"
leave a comment (and email address)
AND become a follower of this blog,
OR sign up to receive posts by email
if you aren't already.

The winner will be announced on my facebook page.

Thank you, Jill, for Joining us This Weekend!

I really like the fictional accounts of Biblical figures. The Crimson Cord is on my TBR list. Jill's experience in her writing career is inspiring to other writers. Thanks for the interview and giveaway! momrain(AT)aol(DOT)com

Good morning, Loraine!
I like the fictional accounts as well. I find that God leads authors to bring these people to life. Too often we read the Bible stories instead of the Bible events. By breathing life into the people of the Bible, I think it helps us understand the concepts God is teaching.
Loved chatting with your!

Hello Mary, I enjoyed learning about Jill and her writing journey. I am also battling hope deferred. I have found HOPE in this post! Thank you so much. I would love a print copy of THE CRIMSON CORD.

Yes, God's timing is always perfect. This post has given me hope . I enjoy biblical fiction to read very much. I would love to have a chance to read this.

Deanne,
So nice to see you here. We need to have your email address for the drawing. I hope you can stop back.

I'm already on the e-mail list, so you have my e-mail address already. I would love to win The Crimson Cord! You know me as Gail M, your former neighbor in Sterling Hgts, who now attends the same church that you attend. :)

Hi Gail - Mary is the one who needs your email. But Mary, if it's okay with you, I can get hold of Gail if she wins, so please enter her in the drawing. Gail, please email me privately with your email if you don't want to post it here - at jill at jilleileensmith dot com. Thanks!

Gail, Thanks so much for joining us today! We especially enjoy seeing friends and neighbors. Be sure to grab some virtual hot chocolate. It's chilly out.

And, if my Ipad will let me finish, a wonderful story of how it all began.

I love Biblical fiction and I'm really looking forward to reading The Crimson Cord. Thank you for offering a copy. I am a follower and also receive your posts by a different email.
may_dayzee(at)yahoo(dot)com

Your books look like great reads. I love that you set your writing aside to be sure and God affirmed and you listened.

Mary, so thankful for your faithfulness to blog. You demonstrate such commitment.

Hi, Angie!
I had to duke out a message with my iPad recently, too. I'm glad you won the battle and joined us!

Hi, Kay!
So happy to see you today! Hope you had a lovely Valentines Day. Biblical fiction always opens my eyes to different aspects of Bible people. I think this is going to be a great read!

Hi, Cindy,
Thanks for your kind words.
I agree with your comment about Jill's commitment to set writing aside until she was sure. Most of us choose to dive in, rather than listen to God's urgings. What a great testimony.