My Christmas Present to You: The Christmas Card Mystery Gift 1


Last year, my Christmas present to you, readers and friends, was a new story. Several bloggers stopped by and said they loved the idea. Based on the good response, I am giving another new story.


This Christmas tale will be posted in sections on the remaining Mondays and Wednesdays during the advent season and end on Christmas.

May your Christmas bring a ray of shining hope and love to you and your family as you celebrate Jesus' Birthday.


Anna's friends told her the train ride home to Graysing would be bumpy, but she didn't expect two blizzards to block the tracks and delay the trip a whole day. She was tired and in desperate need of Mom's hot chocolate and Dad's pocketful of dark chocolates coated in peppermint.

A severe case of procrastination kept her from booking a flight while seats remained available. She promised herself  to take the antidote ahead of time next year. The miraculous recipe included: one evening of Christmas music, three nights of It's a Wonderful Life, White Christmas, and Miracle on 34th Street, and a trip through the family Christmas photo album.

She had tagged on two new pages to the back of the album every year for the last ten years. The cover barely closed anymore. Had she really moved out of her parents house that long ago?

A man in the seat next to her stretched his long legs under the seat in front of them as the train came to a stop. "Do you want me to get your bag down for you?" His business suit had wrinkled horribly. When he first boarded, his freshly shaved face, mud eyes, and loosely hanging bangs reminded her of a childhood friend, Jess. Not any more.

Jess didn't like to sleep when others might be awake near him. Practical jokers picked sleepers for victims he warned each time they rode the school bus for an event.

The uncanny resemblance raised her curiosity, but she never had a chance to ask the man's name since he snored the entire trip.

She read an article somewhere on line that said we all have a clone--someone else who looks like us. This guy must be Jess's clone.

Jess enlisted in the army three years ago. Two days after his birthday, his mom received one of those letters from his sergeant saying he died during a skirmish overseas.

The businessman stood and stretched one more time. "Long ride. The green suitcase yours?"

He pulled the case down from the upper rack and set it on the floor.

When getting off an airplane, passengers usually waited in the narrow aisle, packed like sardines and waiting for their chance to disembark the plane. Had Mr. Businessman been on a plane with her, she would have plenty of time to ask his name and thank him for helping her with her suitcase.

Without a "Goodbye," or a "Have a nice day," he grabbed hold of his suitcase and rolled it to the exit.

Fine. She wouldn't bother him with her skills in engaging conversation.

At the exit, she paused and looked at the crowd of family and friends who came to greet passengers.

"Anna! Anna over here!" Mom waved her hand up in the air. Her high-pitched voice cut through the din.

Anna dragged her suitcase as if it were a disobedient dog toward her parents. Dad welcomed her with a hug then reached for her suitcase. "Let me take that for you, kiddo."

Yes, at the sweet age of thirty-one, she was still kiddo to Dad.

He yanked the handle higher to fit his grip, knocking a yellow envelope from the top pouch.

"It fell from your suitcase, Sunshine. Must be yours."

She looked at his eyes. Was he teasing? A slight of hand could easily cause the card to fall from his pocket or sleeve. Well, she'd play along, for his sake. "Should I open it?"

He flashed a Santa wink. "Then I guess it's up to you, Sunshine."

What was the deal with men today? Not a straight answer out of any of them. She slid the envelope in her pocket. "Fine. I'll look at it at home." 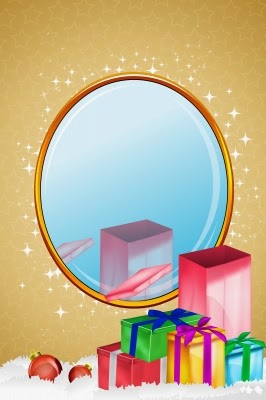 Be sure to come back for chapter two which will be posted next Monday.

What a fun idea for Advent! I can't wait to read next Monday's installment! :) Thank you for sharing!
Blessings!
Kelly Y

Mary, thank you for this wonderful gift. I had total hip replacement on Dec. 1 so I am a little behind. The good thing is that I don't have to wait on the 2nd & 3rd chapters!
Blessings,
Connie.
cps1950 at gmail dot com

Hi Connie,
I hope you heal quickly. I hear those hip replacements really make life much sweeter once everything is healed. Let's book a date to go line dancing!!

Glad I'm late getting over here. Now I don't have to wait to see what's in that envelope.