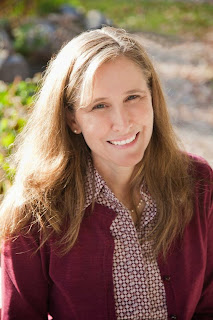 To win a copy
of
Playing By Heart


I recently attended one of the fun Facebook parties for new book releases. Anne was at the party. I learned so fun stuff about her, but when I asked Anne to share with us how God has led her on her writing journey, I was so extra moved. This is a story you will enjoy. Here is what she said:

How has God led me on my writing journey? That is a question I began asking myself very early on in my serious quest for publication, so I created a file titled “My Writing Journey” to record my various ups and downs in hopes of seeing God’s hand in it all.

You see, I’d known I wanted to write fiction since middle school, but I didn’t begin a serious pursuit of both the craft and the business until 2000. That year one of my grandmothers passed away and I began to wonder if I could write a piece of her story as a novel. I took an online writing class through UCLA, but no matter how hard I tried, I couldn’t make my idea work. I finally set it aside and wrote a different story, but the original idea never left my head.

Through the years I researched various aspects of that story, but I also worked on other things, even finding a bit of success in short story publications and reaching contest finals. In fact, by the time I finished my fourth novel—a contemporary women’s fiction story—I’d almost completely left my love of historical fiction behind, believing the Lord meant me to travel a different path. 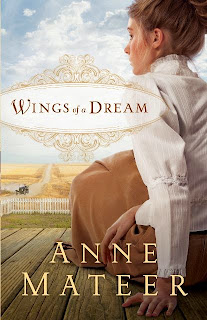 But even as I put finishing touches on that contemporary novel, readying it to submit to another contest, I received a brochure in the mail. A history symposium, several of the workshops centered around history in my city during the years of WWI. With my grandmother’s story, which took place during the influenza epidemic of 1918 still hovering at the back of my mind, I signed up to attend. I learned amazing things that day—facts I wrote down and filed away before I got back to my “real” work.

That workshop happened in January of 2008. A few months later, I received word that I’d reached the finals in ACFW’s Genesis Contest with my women’s fiction. Little did I know the devastation that awaited me. Not only did I not win that category, but my friend and roommate at the conference did! As soon as the awards banquet ended, I raced to the prayer room. In the empty darkness of that place I poured out my heart to God. He sent an amazing author to minister to me that evening, an author who told me her story of publication in historical fiction. So very clearly the Lord whispered to my heart, “It’s time.”

I returned home and pulled out the notes from the symposium I’d attended nine months earlier and suddenly I knew how to frame my grandmother’s story! A few weeks and several thousand words later, I hit send to enter my historical story in the Genesis contest. As before, I received news that I’d reached the finals. (This was actually my 3rd time to final—each one in a different category!) But this time something new occurred soon after: an email from an editor at Bethany House asking to see the full manuscript!

Two years later, that book became my first published novel, Wings of a Dream. I love how the Lord led me from learning how much I didn’t know about writing in 2000 to receiving a contract for that very book in 2010. It wasn’t a straight road. It took lots of curves and apparent changes of direction. But I believed then and I certainly know now that God was leading every step of the way.

Anne Mateer has a passion for bringing history to life through fiction. She is the author of 4 historical novels, a 2013 Carol Award finalist and also has a contemporary Christmas short story in the upcoming release A Cup of Christmas Cheer II. Anne and her husband live in Dallas and are the parents of three young adult children. 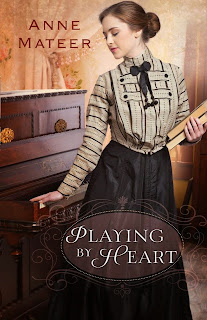 Lula Bowman has finally achieved her dream: a teaching position and a scholarship to continue her college education in mathematics. But then a shocking phone call from her sister, Jewel, changes everything.

With a heavy heart, Lula returns to her Oklahoma hometown to do right by her sister, but the only teaching job available in Dunn is combination music instructor/basketball coach. Lula doesn't even consider those real subjects!

Determined to prove herself, Lula commits to covering the job for the rest of the school year. Reluctantly, she turns to the boys' coach, Chet, to learn the newfangled game of basketball. Chet is handsome and single, but Lula has no plans to fall for a local boy. She's returning to college and her scholarship as soon as she gets Jewel back on her feet.

However, the more time she spends around Jewel's family, the girls' basketball team, music classes, and Chet, the more Lula comes to realize what she's given up in her single-minded pursuit of degree after degree. God is working on her heart, and her future is starting to look a lot different than she'd expected.

To enter the contest for a copy of
Anne Mateer's book: "Playing By Heart"
leave a comment (and email address)
AND become a follower of this site,
OR sign up to receive posts by email
if you aren't already.

Sorry, US only for the book give away

Thank you, Anne, for Joining us This Weekend!

Please leave Anne a word of encouragement or just say howdy-do in the comment section. We love chatting with you.

That writing journey has God's fingerprints all over it, Anne. I am glad Mary had you on her blog to encourage others.

My grandmother's name was Lula. It was special to find her name used in your story.

I enjoyed the interview with Anne. Anne, congrats on the release of Playing By Heart. Also, thank you for shining brightly for His Kingdom.

How very fun, Janice! I found the name Lula in my research and knew it was perfect for my character! :)

Bless you, Caryl. Thanks for stopping by!

Good early morning to you, Janice. You are an early riser.
I had read Anne post for today and wrote her right away, telling her what a super story the was about her grandmother. I think everyone loves to hear stories about grandmas and grandpas. They are such wonderful people for most people.
Thanks for stopping by, Janice!

Nice interview, I love Anne's books. Thank you for the chance to win one.

I receive your emails and I follow you by GFC and Google+.

Caryl,
Thanks for sharing the encouraging word for Anne. I'm so glad you joined us today. Have a sunshiny day -if the real sun won't, then in your mind with the Son :)

Wendy,
Hi! and Good morning. I just went into the kitchen to refill the plate of virtual cinnamon rolls. Be sure to grab one. They're delicious.

As I was reading your story, your path, I was reminded of 2 Peter 1:5-8: "But also for this very reason, giving all diligence, add to your faith virtue, to virtue knowledge, to knowledge self-control, to self-control perseverance, to perseverance godliness, to godliness brotherly kindness, and to brotherly kindness love. For if these things are yours and abound, you will be neither barren nor unfruitful in the knowledge of our Lord Jesus Christ." Thank you, Anne (with an e ;) ), for your beautiful example to me of these verses through your journey! Blessings as you continue on the journey He has placed you on!
Blessings!
Kelly Y
kelly *at* dkcountryarts *dot* com

I signed up to receive your emails, Mary. I look forward to following your blog now!
Blessings!

Oh, Kelly, you have given away that you know Anne of Green Gables, one of my favorite stories.
Thanks so much for joining us today...and the verse you shared is so very meaningful. I enjoyed meeting you today. May God richly bless you.

Thanks, Wendy! I love hearing that you love the books!

I love those verses, Kelly! Thank you for bringing them to mind again.

I'm so glad you persevered with your writing, Anne. I really enjoyed your first two historical novels (your other two books are on my "want to read" list). I love to hear about books that are based on some family history; that makes them even more special. Thanks for the chance to win Playing by Heart.
pmkellogg56[at]gmail[dot]com

Pam,
I'm so glad you stopped by tonight and shared with us. I agree that books that are based on special history have a unique something that make the book great.

You are very welcome, Pam! I love family history stories--even if they aren't my own family! :)

So neat to know that while you have desired to be a writer since middle school, you started after you were older. Gives encouragement to the rest of us potentially late (mid-life late) bloomers. Thanks for this giveaway.

Words of wisdom, Carol. I think so many of us have seeds of ideas when young of fun and wonderful things we'd like to do. Then we move forward in life and always hope we can one day fulfill that dream. AND then God opens the door for the dream to happen. Isn't that cool?

I love that God's timing is so perfect, Carol! I would not have been ready spiritually and emotionally for publication any time sooner than it happened--though I didn't recognize that during those long waiting years!

Looking forward to reading this novel, as it has to do with sisters!

Welcome Juanita. I'm so glad you came.
I love stories about sisters as well. I assume you have a sister or two? I have three and don't see them as often as I'd like. They are spread out in Georgia, Texas, and Ohio. Still, God has blessed. You too?