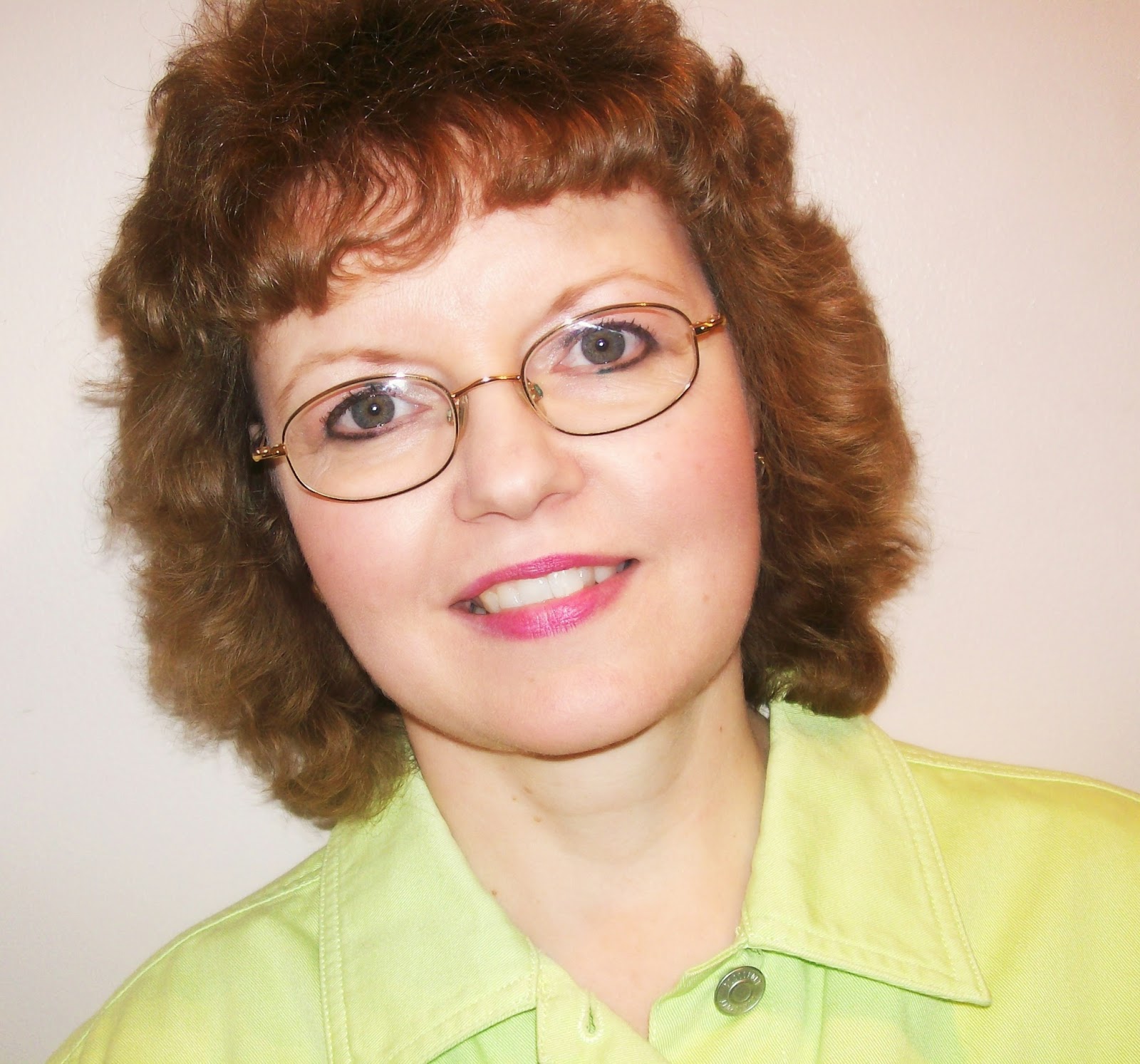 To win an eBook copy
of
Betrayed Hearts

As you will see from her post below, Sue has had an exciting career journey. Sue is a sweet friend who visits the Writers Alley and other places I also hang out. I asked her to share with us how God has led her on her writing journey. This is what she said:

God Dreams Bigger Dreams for Us Than We Could Ever Imagine!

Like a lot of writers, my journey has been a winding road, filled with highs and lows. It has taken more than ten years of serious writing to finally achieve my dream. It wasn’t until I switched to writing Inspirational Romance that I found my true home.

My first ‘break,’ so to speak, was finaling in the 2008 Golden Heart contest through Romance Writers of America. I became part of a Golden Heart writers’ loop (Yay, Pixies!) and was recruited to write a piece for a blog called Seekerville. Though I wasn’t entirely sure what a blog was, I blithely jumped in with both feet! Little did I know how important the wonderful Seeker ladies would become — both as friends and mentors!

After many rejections from various agents and publishers, I sent a manuscript to White Rose Publishing and received a reply that was both scary and wonderful. The editor liked my writing, but the story needed a lot of work. I was thrilled! Finally someone was prepared to show me where I was going wrong. I took six months to rework the story, and when I sent it in the second time, they asked for other books I had written in the series.

A few weeks after the ACFW conference in September 2013, I got an email from White Rose. I steeled myself for bad news when I read: “At this time, I cannot offer you a three book contract.” My heart sank and I thought “Oh well. It’s not meant to be.” Then I read on! “I would, however, like to offer you a contract for the first two books.” I had to read it 3 times before it sank in—and then I did a happy dance around the kitchen!

Flash forward to March 2014 when, through the direct result of two separate contests, I received an offer from BETHANY HOUSE for 3 historical romances, and another from Harlequin LOVE INSPIRED for a contemporary romance! Coming full circle, Wyndermere House, the manuscript that finaled in the 2008 Golden Heart contest, will now be published by Love Inspired as Healing the Widower’s Heart in February 2015. My historical romance, Irish Meadows, will release with Bethany House in the summer of 2015.

The turning point for me in my writing journey was realizing that my fear of publication was holding me back. I needed to let go of the fear and get clear about what I wanted. I set my intent to trust God and His plan for my life, and sure enough, in God’s perfect timing, He answered my wish to become a published author—not once, but threefold!
God can dream a bigger dream for us than we can ever imagine! So don’t give up!

My debut contemporary romance, Betrayed Hearts, releases with White Rose Publishing on August 8, 2014. The second book in the Rainbow Falls series, Wayward Hearts, comes out in early December. Here’s a peak at my covers! And links to buy them.
http://tinyurl.com/kqk6wdt  - For Softcover


Susan lives in a suburb near Toronto, Ontario, Canada, where she works part-time as a church secretary. She is a wife and the mother of two amazing kids, and is a member of American Christian Fiction Writers (ACFW) and Romance Writers of America (RWA). In addition to writing, she likes to scrapbook and to research her family history on-line. 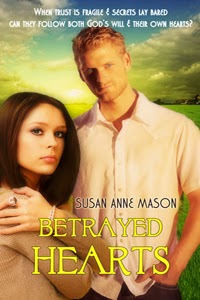 Betrayed Hearts
Lily Draper comes to Rainbow Falls in search of her biological sister, the only blood relative she has left. Emotionally scarred by her preacher father, Lily avoids religion at all cost. Her new landlord, an aspiring minister, soon has her questioning her views. Can she learn to trust Nick's heart or will her sordid past destroy their love?
Nick Logan hopes to take over for the retiring minister who has groomed Nick for the job. But Reverend Ted seems to feel the position requires Nick to marry an upstanding woman, namely Ted’s niece. When Nick finds himself falling in love with Lily Draper, the woman least likely to become a minister's wife, his problems escalate. And when Reverend Ted gives him an ultimatum, Nick faces an impossible choice.


Open for International and US for eBook winner

Thank you, Susan, for Joining us This Weekend!

Reader,
What big dreams has God put in your heart?
If you'd rather, simply leave an encouraging word for Susan.
Either way stop and say howdie do, we love chatting here.

I would love to read BETRAYED HEARTS thank you. It sounds wonderful.

Thank you Mary for the Friday morning inspiration. Susan, I am so happy for your success and I especially love this quote from your interview~'I needed to let go of the fear and get clear about what I wanted. I set my intent to trust God and His plan for my life' It may be attempting to get published or it could be accepting a new duty at church but this applies to all of us. I wish you continued success and as always, blessings to you and Mary.
Connie
cps1950@gmail.com
cps1950 at gmail dot com

Good morning, Mary. Would you like a cup of virtual hot tea? Maybe virtual coffee? The flavors are brewed perfectly. I'm so glad you stopped by today and read Susan's post.

Connie, I noticed the same line when I previewed the post. Sure is inspirational. While your here, be sure to grab some virtual pastries. Freshly baked. I made Susan's favorite. ;)

Hi Connie! Thanks for your kind comment! Good luck in the draw!

Hi Mary! Thanks for reading my story and good luck in the draw! And Mary Vee, I'll have a cuppa that hot tea! It's chilly here today!

I brewing you a cup right now. Cream? Sugar?

I would love to read this book. It sounds like a good romance to read

Susan - this is such an inspiring post! Love your comment about trusting The Lord. Why are we always so scared to do that? I know His ways are better than my ways. Congrats on your amazing THREE contracts.

Hi, Danie,
I'm so glad you stopped by today. Susan's book is going to be a good read. Thanks for joining us today. :)

Terri,
I know. Fortunately, God knows our finiteness and our need for Him. I can only imagine how good Susan felt as God held her hand on her journey. Thanks so much for joining us today, Terri. It was really nice chatting with you.

Susan, it's so nice to read a bit more of your story! It's going to be fun to see where God leads you next on this scary-crazy-amazing writing adventure. :)

Hey, Jeanne!
I'm so glad you stopped by to read Susan's fun ride. I think you're right, though, Susan is definitely amazing writing adventure. :)

Thanks, Terri! I appreciate your support!

Hi Jeanne! Nice to see you here! I know your ride will be equally inspiring! Wish you all the best with your writing!

Hi Danie, Sorry I missed you somehow! Thanks for your kind words!

Susan,
Oh it's okay. I am so glad that I won your e book. Thank you so much friend.