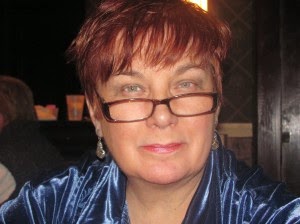 Enter to win Nike's book,
Harmful Intent
Scroll to the end of the post to see how to enter.

Nike is the leader of my ACFW crit group. She keeps our gang of varied genre writers together with her godly spirit and love for helping other writers. While we've prayed for each other's needs, I was truly touched when reading her post for today. Nike has several books published and has just released her latest. When I heard the good news I asked her to visit with us and share how God had led her on her writing journey. Here is what she wrote:

I'm not one to say, "God told me to write this novel," still, I do feel it's been God nudging me to write fiction. I do get inspiration for my stories, seemingly out of nowhere. Of course, we know what this type of silent and sudden muse is all about. It's the Holy Spirit trying to get something across to us. So, while God does not dictate stories to me, no, not at all, He does impart ideas and themes, and if I'm listening, I use them. There have been times when something was given to me and I didn't write it down and later forgot it. Then I had to pray that I would get across what He wanted in spite of myself.

I've been a foster mom and the adoptive mom of three girls who came to us through an adoption agency specializing in the adoption of children who were in foster care. I have seen how early abuse and neglect damages children, and growing past that is hard, and becoming a fully functioning adult is hard. I'm committed now to writing a mystery "couples series." When the series is complete there will be four different couples who are my sleuths. Each couple will have more than one novel in which to tell the totality of their story. At least one member of each couple will have been damaged by something devastating in their childhood. It could be the heroine or the hero. It might be both. Whatever this damage is, will pop up at the most inconvenient times to stress and confound that character.

HARMFUL INTENT, a Veronica "Ronnie" Ingels/Dawson Hughes Novel, is the first in this series. Ronnie is a private investigator from Brooklyn (NYC) who finds herself in west Texas, and a suspect in her cheating husband's murder. On the spiritual front, she's a bit jaded, but she's also a seeker. She's just beginning to ask questions about the meaning of life. She's taking a look at Christianity for the first time. Dawson is a deputy sheriff from the hill country of Texas and is the one suspecting Ronnie of murder. He hails from a Christian background and has lost the faith he had as a child. This is something he struggles with throughout the story.

I wrap up the murder mystery in HARMFUL INTENT, but not the spiritual journey or the romance. Book two for Ronnie and Dawson will be DEADLY DESIGNS, where they join forces once again to find a missing child.

~~~
Like so many writers, Nike Chillemi started writing at a very young age. She still has the Crayola, fully illustrated book she penned (colored might be more accurate) as a little girl about her then off-the-chart love of horses. Today, you might call her a crime fictionista. Her passion is crime fiction. She likes her bad guys really bad and her good guys smarter and better.

Nike is the founding board member of the Grace Awards and is its Chairman, a reader's choice awards for excellence in Christian fiction. She writes book reviews for The Christian Pulse online magazine. She was an Inspy Awards 2010 judge in the Suspense/Thriller/Mystery category and a judge in the 2011, 2012, and 2013 Carol Awards in the suspense, mystery, and romantic suspense categories. Her four novel Sanctuary Point series, set in the mid-1940s has won awards and garnered critical acclaim. Her new contemporary whodunit, HARMFUL INTENT released in the spring of 2014 under the auspices of her own publishing company, Crime Fictionista Press.

Ronnie Ingels is a Brooklyn bred private investigator who travels to west Texas, where her cheating husband is murdered. As she hunts the killer to clear her name, she becomes the hunted.

Deputy Sergeant Dawson Hughes, a former Army Ranger, is a man folks want on their side. Only he's not so sure at first, he's on the meddling New York PI's side. As the evidence points away from her, he realizes the more she butts in, the more danger she attracts to herself.

To enter the contest for an eBook copy of
Nike Chillemi's book: "Harmful Intent":
leave a comment (and email address)
AND become a follower of this site,
OR sign up to receive posts by email
if you aren't already.

Thank you, Nike, for Joining us This Weekend!

Nike's crime stopping series sure looks exciting. I've read this first book and wrote a review in my last post. Scroll down to Wednesday's post to read it.

There is something exciting about whodunit stories. We try to guess the answers. Sometimes we are right. Usually we are wrong. Hah. Still we try again.

Your turn: Have you read mystery stories? If yes, what do you like about them?

Trixie Belden and Nancy Drew introduced me to the world of detectives and mysteries and I have been hooked ever since. I enjoy trying to solve the mystery with the clues given and the harder, the better.

Thanks for this interview and giveaway.

You read Trixie Belden, too? Wow! I still have the first book of the series. It's rather worn, but I am totally with you. I'll add Hardy Boys to the list. Today's kids also have a great series, The 39 Clues and The American Girl Mysteries.
Nike's story is right up there with one you'll work to guess the answer. You'll also keep this one as a beloved mystery. :)
Good chatting with you today, Connie.

My earlier comment just disappeared, so please forgive me if you end up with hearing my voice twice. I find it refreshing that you use the hurt from abuse to prompt thought within the novel, Nike, and it's refreshing and believable to find characters with grit as well as a past. I like that their hurts pop up where they are least expected, or probably wanted, as our own foibles seem to do. I wish you every joy in your continued writing, Nike. D. J. Blackmore author of Charter to Redemption

Always enjoy reading another interview/post about Nike. She's interesting and a great writer. Have loved suspense every since I can remember.

Deirdre,
I'm so glad you posted a second comment! Not sure what happened to the first. What wonderful words you've left for Nike. It sounds like you're heart is especial drawn to this topic. Thank you so much for sharing. I hope to see you back again.

Caroline,
Thank you so much for joining us today and for the kind words you've shared for Nike:)

I read Nancy Drew, Trixie Beldon and the Hardy Boys books while growing up. I loved trying to figure out who done it before the end of the book! I still like to read a good mystery/suspense book. I would love to win a copy of one of Nike's books. Donna d[dot]brookmyer[at]yahoo[dot]com

Hi, Donna!
Nice to se you again. You are in good company. Seems we've all enjoyed these books as kids.
Now as adults, we can enjoy Nike's crime stopping books. I'm so glad you stopped by to chat with us.

Deirdre, I've been told it's pretty hard to decide who the killer is. You think it's this one and then, oh, no...it's that one.

Caroline, Thx so much for being a supporter of my writing. I am passionate about mystery novels.

Donna, You're my kind of reader.

Donna, I'm thrilled that you won a copy of the novel. I just sent it to you via Amazon. Hope you love it and write a nice review on Amazon. Blessings to you forevermore.