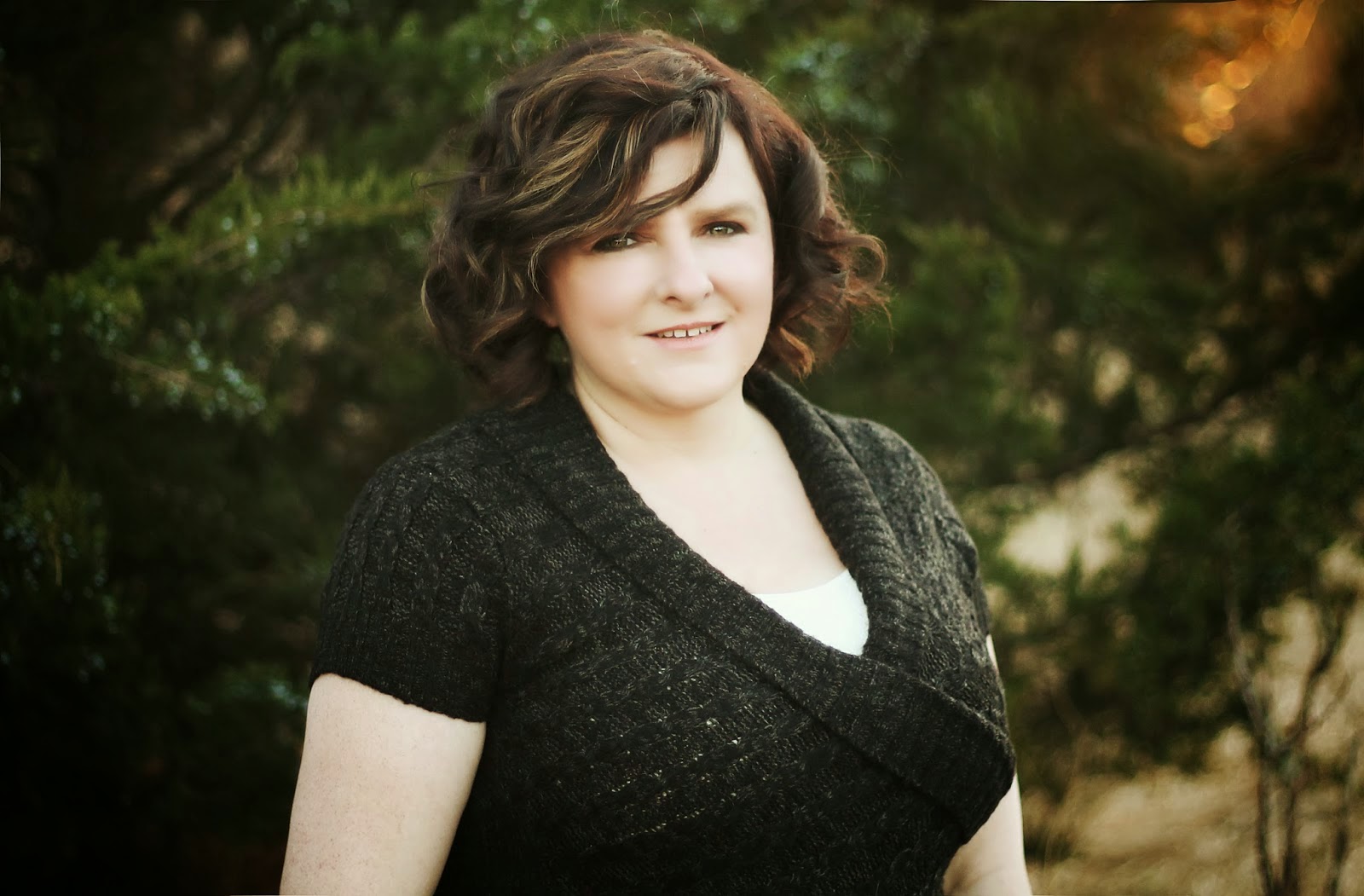 Today I welcome an author who has a heart of gold and threads her stories with that gold:
Christina Rich


Christian offered to critique one of my manuscripts (the first chapters). She offered such great suggestions, I knew at once she had a tremendous gift. I've kept in touch with her and so happy to count her as a kindred spirit. I asked Christina to share with us how God has led her on her writing journey. Here is what she said:

He Gave Me the Desire of My Heart

God has been phenomenal. My journey wasn’t as long as other, but it sure seemed like it at times.

I’ve always had a desire to write, even as a kid. At times I wrote bad poetry, other times I wrote song lyrics. One of the first stories I recall writing was in a creative writing class in high school. It was about several old guys who sat on a park bench outside an iron wrought fence that squared off a cemetery in the center of town. I remember leaving the story open ended for the reader to decide whether the old men were ghosts.

I knew then that I loved the creative process of writing, but I never took it seriously. I didn’t know how and I didn’t know I was capable. Not until 2006 when I discovered a contest called Avon Fanlit. I entered for fun. I had no idea there were people entering to win. My writing was atrocious. I was accused of all sorts of malicious deeds such as head hopping and run on sentences. I hadn’t a clue what head hopping was. In fact, I read over my entry multiple times trying to figure out where I chopped someone’s head off. You can imagine my confusion.

It was out of the contest that I discovered there were other people who enjoyed writing. I found like-minded people, people who heard voices in their heads, too. And here this whole time I thought I suffered from schizophrenia. So, I wrote romance, but something was missing. My audience, or would be audience, wanted steamy scenes between my hero and heroine.

I just wasn’t comfortable with writing them. I was miserable. And I didn’t think God was pleased with my attempts either. If I was going to do this writing thing, I needed to have no shame before my Father in Heaven. I needed to write real relationships that ended up honoring the Lord.

At some point my mother met a lady at the gym. This lady confessed to her how her heart’s desire was to write. My mother put us in contact and we’ve been great friends ever since. She tells me how grateful she is that the Lord put me in her life, but I’m just as grateful because she introduced me to this thing called Christian romance.

It wasn’t easy transitioning from the secular to the Christian market, especially knowing in the back of my mind if only I compromised and wrote those steamy scenes that I could probably land a contract.

Anyway, while we were sitting in church several years back, 2009 I think, maybe 2010, a question popped into my head: what would happen if a bond servant fell in love with his master’s daughter? What if that bond servant was no servant but a temple guard protecting the child king from his evil grandmother?

I went home and wrote a loose synopsis, then I wrote the story in under sixty days. Outside of entering a few contests for feedback I didn’t do much with it. Problem was I knew from listening to the grapevine, Biblical romances weren’t selling. And to back up the grapevine I noticed agents and editors were signaling Biblicals out as something they weren’t interested in.

One day, in the spring of 2012, I had been down and needed someone to talk to, which meant going on a walk. Funny thing, no one was available so I went on my own and ended up speaking with God. I told him I’d quit writing if he wanted me to do it, even though it’d be like cutting off my arm, but I would. And He very much told me, “Delight yourself in the Lord and He will give you the desires of your heart.”

Oh boy! I halted in the middle of the street and looked up toward the heavens. “Um, Lord, if I delight myself in You, won’t You be the desire of my heart?”

There was warmth, and there was a smile. There was a hug, and there was definite peace. I knew at that moment that no matter what, even if my story only had an audience of one, being God, that all would be okay. Because writing didn’t matter, a contract didn’t matter, what mattered most was placing God where He belonged, right in the center of my heart, fully and completely with no other thing before it.

In July 2012, I received a full request from Emily Rodmell at Love Inspired. In October 2012, I got the call. No matter where we are, whether we’ve just written our first words or have signed our 100th contract, this journey is a continuous one, one that just doesn’t fall into place without God in the center of it all. Of course, none of it would have been possible without the people God placed in my life along the way, which is probably the second biggest thing God did in my journey, He filled my life beyond measure with beautiful people.

When she was younger, Christina tried to dig herself to China, loved Three Billy Goats Gruff, and had an obsession with maps. She gave up her dig to China but still jumps at the chance to travel even if it’s just down the road. She loves watching modern takes of fairytales and mythologies on the big screen and still has a huge obsession with maps. The older the better. 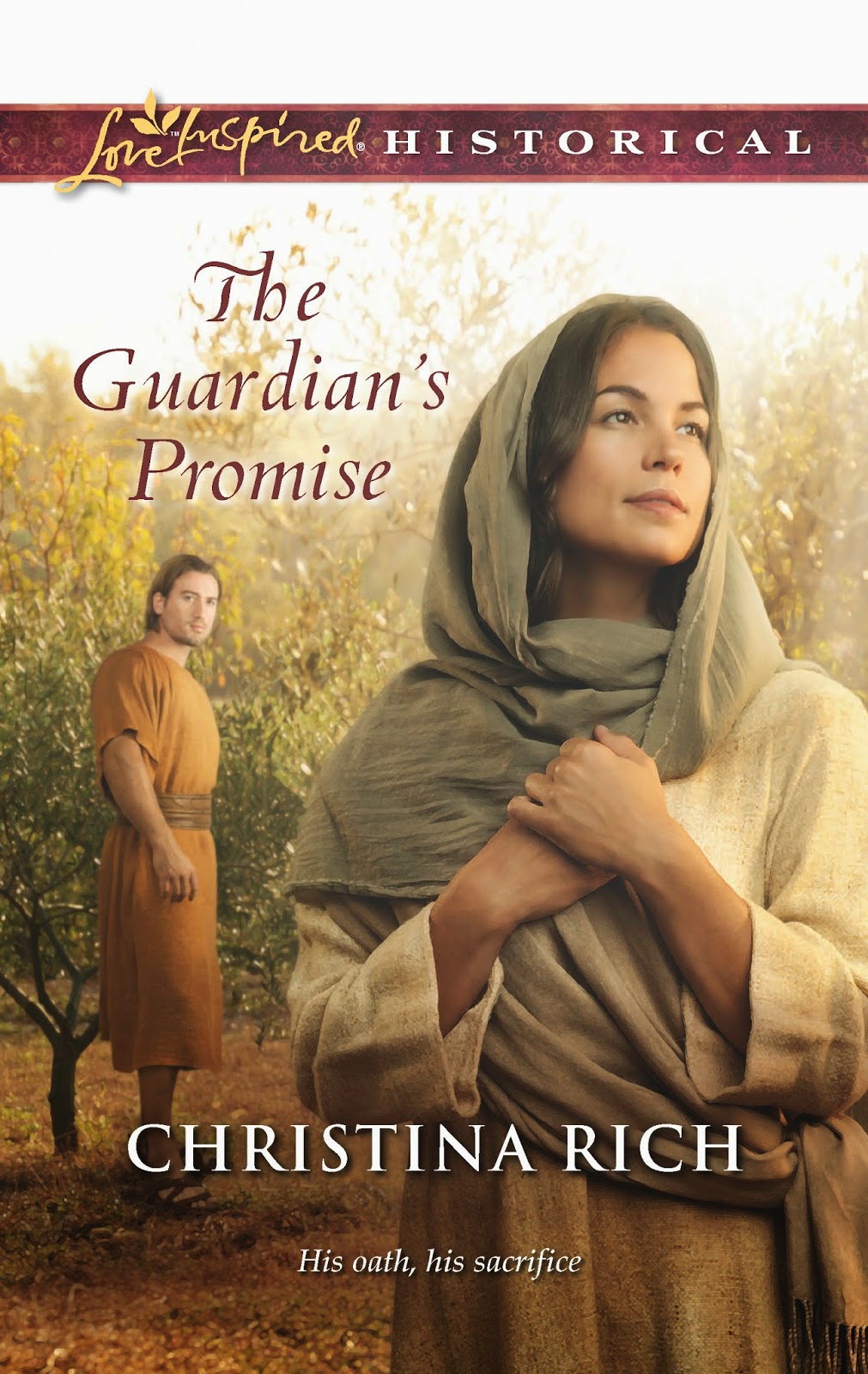 A Kingdom in Jeopardy
An evil queen and her royal guards will stop at nothing to find—and kill—the rightful heir to the throne of Judah. When their pursuit leads them to Mira’s village, only her father’s bond servant, Ari, a man shrouded in secrets, can keep Mira safe.
Abandoning his life as a temple guard and becoming an indentured servant was the only way Ari could protect young Joash, the true King of Judah, from Queen Athaliah. But his sacred duty prevents him from confessing his feelings for his master’s daughter. With the future of their nation on the line, Ari and Mira will risk everything to save their people.

The Warrior's Vow - Released July 2014
Swept away from her home and into the desert, Abigail is as much a prisoner as she is a princess. A ruthlessly ambitious captain of the palace guard intends to force her into marriage and rule Judah through her. Yet the badly beaten soldier Abigail rescues offers another choice—if she dares trust him.

She is royalty, yet Jesse is surprised by the gentle compassion Abigail shows him as he heals. In return, he will help her escape to Jerusalem, protecting her life with his own. But Abigail's rank and Jesse's deadly past makes any future impossible, unless forgiveness forged by love can triumph over all.

~~
To enter the contest for an autographed copy of
Christina Rich's book: "The Guardian's Promise"
and The Warrior's Vow
leave a comment (and email address)
AND become a follower of this site,
or subscribe for email posts
if you aren't already.

Thank you, Christina, for Joining us This Weekend!
.

Your turn: Christina told us about the peace God gave her.

How has God given you peace?

Thank you for this inspiring interview with Christina. I was impressed that she trusted in God's timing and this goes along with my answer to your question. I think God, after many years, has granted me PEACE through the gift of Acceptance. I don't mean settling for second best or even underachievement. I think we must learn to accept that God's answer to our prayers is through his ultimate judgment and knowledge and always in his time, not ours!
Sorry if I have rambled this Friday morning. Best wishes to both of you for a great Friday and a wonderful Mother's Day!!
Connie
cps1950@gmail.com

Definitely not ramblings, friend. More like great conversation over virtual tea for me (coffee for you?) Always love when you join the gang here.
Happy Mother's Day to you, also.

Connie, I don't think there is such a thing as rambling. ;) I love the peace through acceptance. We've (our family) been through a lot that last few years and we had to find that perfect shalom or go nuts. I love the meaning of shalom, nothing missing-nothing broken. When we put our trust in God, that His ways are so much higher than our own, how can we not have peace?

I do not know if this is where I sign up to enter for a 'free book' but the links do not work. I am signed up for your emails as estoyaquidurmiendome@yahoo.com.

Cujo,
Signing up for the emails is just fine. Thanks so much. You are definitely entered! Have a great weekend and thanks so much for stopping by and joining our chat!

I read a rough version of The Guardian's Promise in the critique stage. It was wonderful. Christina, you are a talented writer.

Hi Nike!
Yes, I agree, I remember reading a few chapters in the critique stage as well. I really like it too!

Thanks so much for joining us today!

Thank you, Nike and Mary!

mary, I would sure love to read these books. They sound very interesting. I don't have a book yet by Christina. I am a follower of this site. Please enter my name in the give-away. Maxie
mac262(at)me(dot)com

Hi Maxie!
I'm so glad you've had a chance to catch up. I love chatting with you. Of course you are entered in the drawing. :)