You Are Here For Such a Time As This 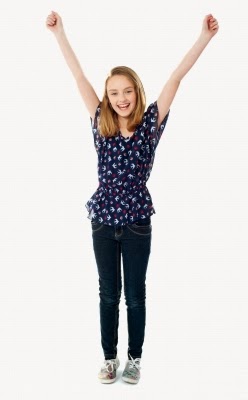 She crossed the finish line.

She was a six-year-old girl in the first grade class who came to our program with tangled hair and rarely smiled.

Other kids approached her during game time, inviting her to play. She softly said no. She turned down the ice cream offered to her on treat night and kept to herself.

One night, after class, she came to me, "How much of the book has to be done to get the camp scholarship?"

To say a smile burst on my face would be an understatement. This quiet, shy little sweetie actually spoke to someone. "The whole book," I said. She had finished the first of 8 sections and had only five meetings left for the year.

We insured she had one-on-one help to provide opportunity for success, but in truth, as I walked by her room and saw her keeping to herself, I didn't think she'd make it.

The day of the program came. I helped the secretary arranged the awards in alphabetical order and set them on the table for presentation. There, in the pile, was a book award and camp scholarship for the shy girl. "She finished?"

I found her in the reception room after the program, sitting with her parents. "I'm so proud of you! You finished your book and earned the scholarship."

Mom beamed. Dad pressed his shoulders back proud. Mom turned to her daughter and pushed the little one's hairs away from her eyes, "One day she came home and said she wanted to earn the camp scholarship. She worked really hard and learned the verses by herself."

The little girl looked down to hide the smile lighting her face.
~
I see a great potential in this little one, don't you?

The Bible tells of an orphan, raised by her uncle. They lived in captivity along with their neighbors, and managed to survive with meager resources.

One day, The ruling power decreed all young women had to appear before the king. The orphaned girl didn't want to leave the security of her home. She didn't know what would happen. She was frightened as the guards pulled her away from her uncle.

Pressed into a room with the other young women, she followed the orders of the guards hoping to soon return to her home. An evil man rose in ranks and persuaded the ruling power to kill all of those held in captivity. She didn't know how to help her uncle.

The uncle found a way to get a message to his niece. He knew of her fear and shy ways. His message said: If you remain completely silent at this time, relief and deliverance will arise for us from another place, but you and I will perish. Yet who knows whether you have come to the kingdom for such a time as this?

Empowered by his words the orphaned niece went before the ruling power, explained the problem, and asked for help.
~
You have probably guessed this is the story of Esther, the orphaned Hebrew girl crowned queen and the one who saved the Hebrew people from destruction.

God challenges all of us to do great deeds. The task may not seem great to us at the time, but it is for God's plan. Or it may seem to big for us at the time, yet God will help us complete the work.

Take the challenge. Be determined to complete the task God has given you today.


This post has been brought to you by the one word: Determined
Posted by Mary Vee Writer at 10:00 PM

I am thrilled that determination allowed that little girl finish her course and I hope that she will always be determined to work hard and love for God. I am also thrilled that you mentioned Esther. Her story has always been a favorite and I have used it many times when teaching young girls. There are many male role models and heroes mentioned in the Bible but I like to stress that love, devotion and YES, dedication, are not gender specific.
Thanks for another thought-provoking post.
Blessings, Mary!!
Connie

I am too, Connie. She will be in my group for one more year before moving up to the next one. I'm excited to see what will happen this coming year. Hopefully her week at camp will be so thrilling she will be able to use the memories to motivate her spirit to finish the next book.

I must admit, Esther is one of my favorite Bible people as well. She is such a great example of dedication and strength.