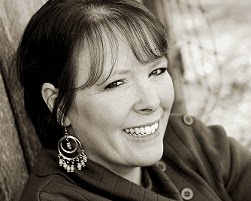 Today I welcome
author, Ginger Solomon
a debut author with a fabulous gift for writing.

I met Ginger through my ACFW crit group. Her latest manuscript that our group is currently editing is absolutely amazing! Destined to become a movie, I'm convinced.  I asked Ginger to share how God has led her writing journey. Here is what she said:

Long before I began writing novel-length fiction, I wrote my thoughts in a journal – sometimes on paper, sometimes on the computer. I would pour out my soul in writing – a prayer to God, most times, but sometimes it was just random happenings.

Everything went into the journal – pain, joy, frustrations, prayer requests, and anything and everything in between. It helped me stay sane surrounded by many young children. My oldest was thirteen when my seventh was born. Yes, I had seven children in thirteen years. No, none of them are multiples.

Many days I was at my wits end trying to keep everyone happy and schooled, but at naptime/reading time, I could sit in my room, or at the computer, and write out everything that was happening. It helped relieve stress. It also brought me closer to God. I could feel his comfort as I shed tears over some of those pages.

Over the years, the yearning to write intensified. I would sit with pen in hand over a blank journal page or stare at an empty word document and wonder what it was I should write. Nothing came to mind, so I kept journaling. 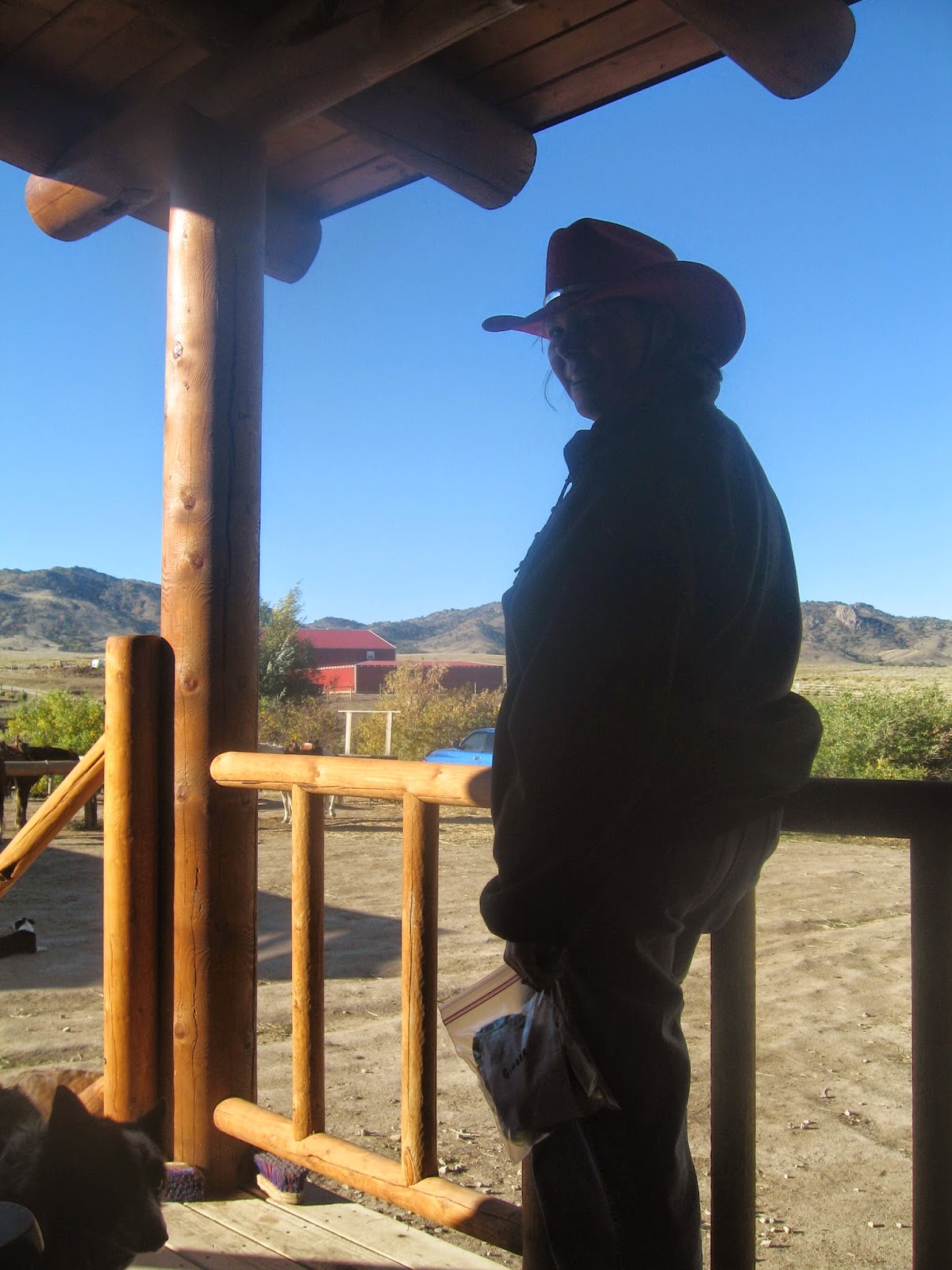 Many times, over a period of two or three years starting around 2007, I sat staring at a blank page/screen. The desire to write bubbled up inside me, but I didn’t have a story to tell.

One day I woke with the most amazing dream stuck in my head. I went about the day’s business – breakfast, quiet time, school, etc. When afternoon quiet time rolled around, I found I had to write the dream down. That dream turned into my first novel.

I didn’t know ANYTHING about writing a novel, had never really considered doing such a thing. I wrote it and even had the nerve to send it to agents, who subsequently rejected it. It hurt, but I vowed to myself each time a rejection letter arrived that I would LEARN how to write, and I would write a novel that would glorify God. So I joined the American Christian Fiction Writers group, and I read and listened. I went to their annual conference, and I listened. I soaked it in day after day.

Meanwhile I was writing my second novel, One Choice. I applied everything I had learned up to that point. I took it to conference and pitched it. It was then that I learned large, traditional publishers did not like for the hero or heroine to be non-American. I sighed.

I loved the story, but I put it aside and began another novel – a Scottish historical romance. I pitched it and sent it to editors and agents. One editor was VERY kind in her rejection and gave me some great pointers. But it was still a rejection.

While that one had been out there in the hands of editors and agents, I began another novel - a second Scottish historical romance. I’m still in edits on this one, but it has been requested, and I am planning to send it in a few weeks.

Sometime last year, I went back to One Choice. I still loved the story, so I decided that starting smaller was not a bad thing. I had heard good things from friends about Astraea Press. I submitted my story and held my breath (figuratively, of course). Then it came – not a rejection, but an acceptance.

I was finally going to become a published writer. And it all started with a desire to write, and a dream.

In One Choice, my heroine, Cahri, also journals her thoughts. It became her substitute for prayer when she felt God had betrayed her trust. However, I would say that she was still praying, albeit in a different way and not consciously.

I still like to journal, though now that my kids are much older, I don’t do it as often as I used to. My prayers have changed as my children have grown. Today many of my prayers revolve around their safety and their future. I also pray that One Choice and any future book I write will bring glory to my Heavenly Father.

Ginger Solomon is a Christian, a wife, a mother to seven, and a writer — in that order (mostly). When not homeschooling her youngest five, doing laundry or fixing dinner, she writes or reads romance of any genre, some sci-fi/fantasy, and some suspense. She’s a member of American Christian Fiction Writers, president of her local writing group, and writes regularly for three blogs. In addition to all that, she loves animals, horses especially, likes to do needlework (knitting, crocheting, and sometimes cross-stitch), and loves to sing in the choir at church. 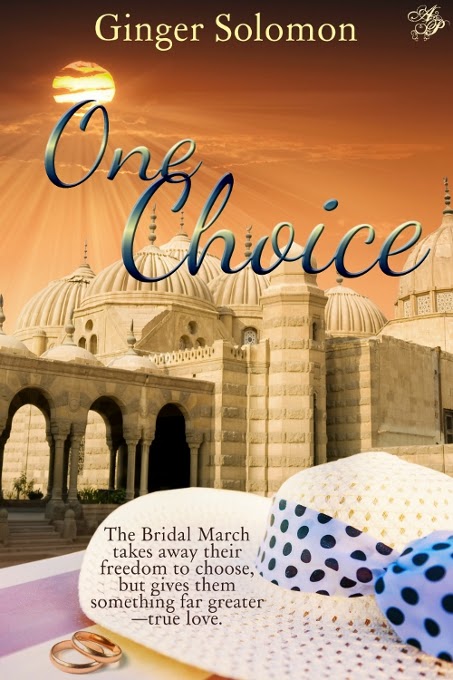 Cahri Michaels is American by birth, but Belikarian by choice. Being selected to participate in the Bridal March forces her to give up the independent life she’s created for herself. She’s not ready to be anyone’s wife, much less to a man she doesn’t know.

Prince Josiah Vallis despises the centuries old tradition—the Bridal March—that is forcing him to choose a wife from fifty women. Why does it matter that he’s twenty-five and still single?

When Cahri and Josiah meet, sparks fly. Will it ignite a godly love that can see them through or will they be burned, never to be the same?


Choose a link for more information about One Choice:

To enter the contest for a PDF copy of
Ginger's book: "One Choice":
leave a comment (and email address)
AND become a follower of this site, if you aren't already.


Open to US and International!

Thank you, Ginger, for Joining us This Weekend!
.

Journaling has been used by many men and women for many different reasons. It is a way to record our thoughts. Sometimes those journals, like Diary of Anne Frank, became a historical treasure for future generations.

This sounds like a good book. What a great setting.
susanmsj at msn dot com

Thanks for sharing Ginger!

I don't journal, never really have. I may have had a diary as a little girl, but never really did it regularly.

Welcome Patty
Sometimes I'm concerned that others will read what I journal. As a result I tend not to pour my heart on a journal page. BUT, I can in a fiction book through my characters. Think of all the points of view I could splash across the pages there! Meek/mild, feisty, sappy, grouchy, thrilled. And I wouldn't get in trouble :)

Susan,
I highly recommend buying and reading Ginger's books. She really has a wonderful gift for storytelling!

Journaling isn't for everyone. I'm with Mary, though. Sometimes I worry about others reading my writing too. I actually put a password on it to keep little eyes out. :)