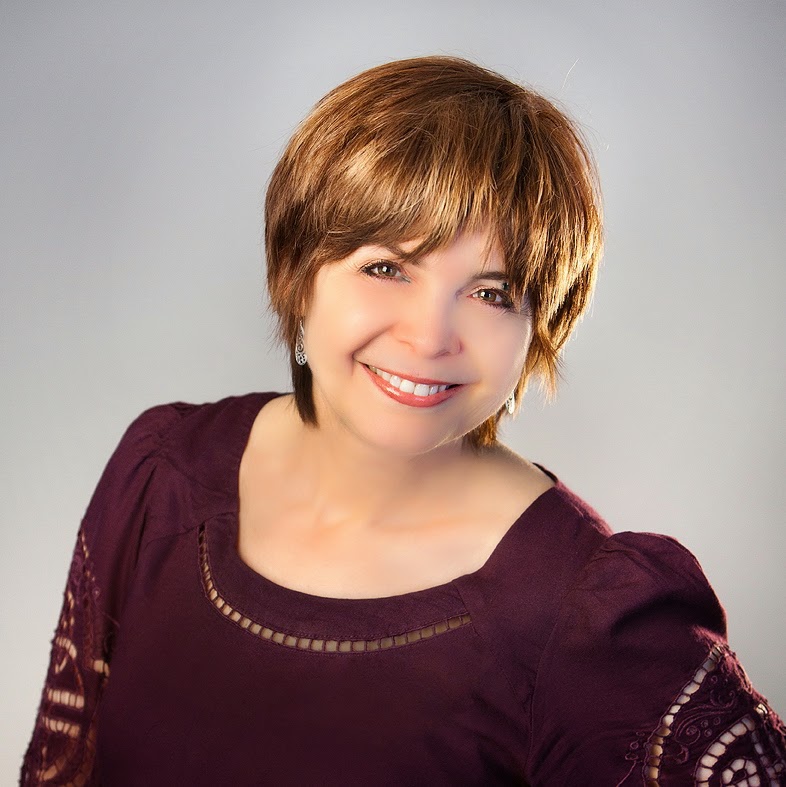 Today I welcome an author who weaves her music and love for the coastal regions into her stories:
Beth White


I met Beth White at the last ACFW conference I attended. I saw the same lovely smile you see in the photo. She is cheerful and now a delightful friend of mine. I asked Beth to share how God has led her on her journey. What a roller coaster tale. Here is what she said:


The Long and Winding Road

My writing journey has been anything but straightforward, which is usually how God works, isn’t it?

I had completed two young adult novels (which went nowhere toward publication) when an idea for a historical romance set in Civil War-era Mobile, Alabama came to me. About halfway through writing this book, I realized my Southern-belle heroine’s abolitionist activities might be fueled by Christian beliefs. I wondered if heavy spiritual elements might distract from the power of the romance story.

Around this time I happened to read Francine Rivers’s novel Redeeming Love and her wonderful “Mark of the Lion” series. Her masterful storytelling showed me the power of Christian fiction. One day as I was taking a long prayer walk around my neighborhood, the Holy Spirit impressed on me to not be afraid of threading faith elements into my work--and that publishing “stardom” should not be my goal. Instead, I was to write what came from my heart, work hard to polish my craft, and let God determine who reads my work.

Not long after, I attended a local writers’ conference where I met an editor from Francine Rivers’s publisher, Tyndale House. He took an interest in my work and eventually contracted one of my other manuscripts, Miracle on Beale Street. (the Civil War story eventually sold to Steeple Hill).

Since that first novella, God has continued to open and shut doors in the world of publication for me even as the industry has undergone seismic shifts in technology, economics, and readership. The Christian publishing market has exploded, offering amazing opportunities in my chosen genre. I’ve been blessed to have the same agent from the beginning (except for a short time when he was a publisher at one of the major houses). I definitely feel this was a work of God’s hand!

The rights to those early novellas have since been returned to me and I've started re-publishing them myself. After a five-year sabbatical from writing, God provided a three-book contract with Revell. The Pelican Bride, the first book of “The Gulf Coast Chronicles,” is releasing this month.

This writing journey has led me through some strange and scary and exhilarating places, but there’s been deep joy and satisfaction in knowing God is with me. And I wouldn’t have it any other way!


Beth White is a native Southerner, born on the Gulf Coast and reared in northwest Mississippi. With undergraduate degrees in music and English education, plus a Masters in Creative Writing, she has spent the last thirty years teaching fine arts to preschoolers through college students. Besides performing professionally as a singer and flutist, in the last thirteen years she has published (as Elizabeth White) four novellas and ten full-length novels with such publishers as Tyndale House, Zondervan, and Steeple Hill.

Beth’s current and most ambitious writing project to date is the culmination of a decade’s research into the development of the American Gulf Coast.. The Pelican Bride launches The Gulf Coast Chronicles with the adventures of a ship full of French mail order brides.

Beth and her husband Scott have two married adult children and one grandchild. Beth teaches piano and chorus at an urban high school in Mobile, Alabama, an occupation, which will undoubtedly one day become a story thread in a novel. 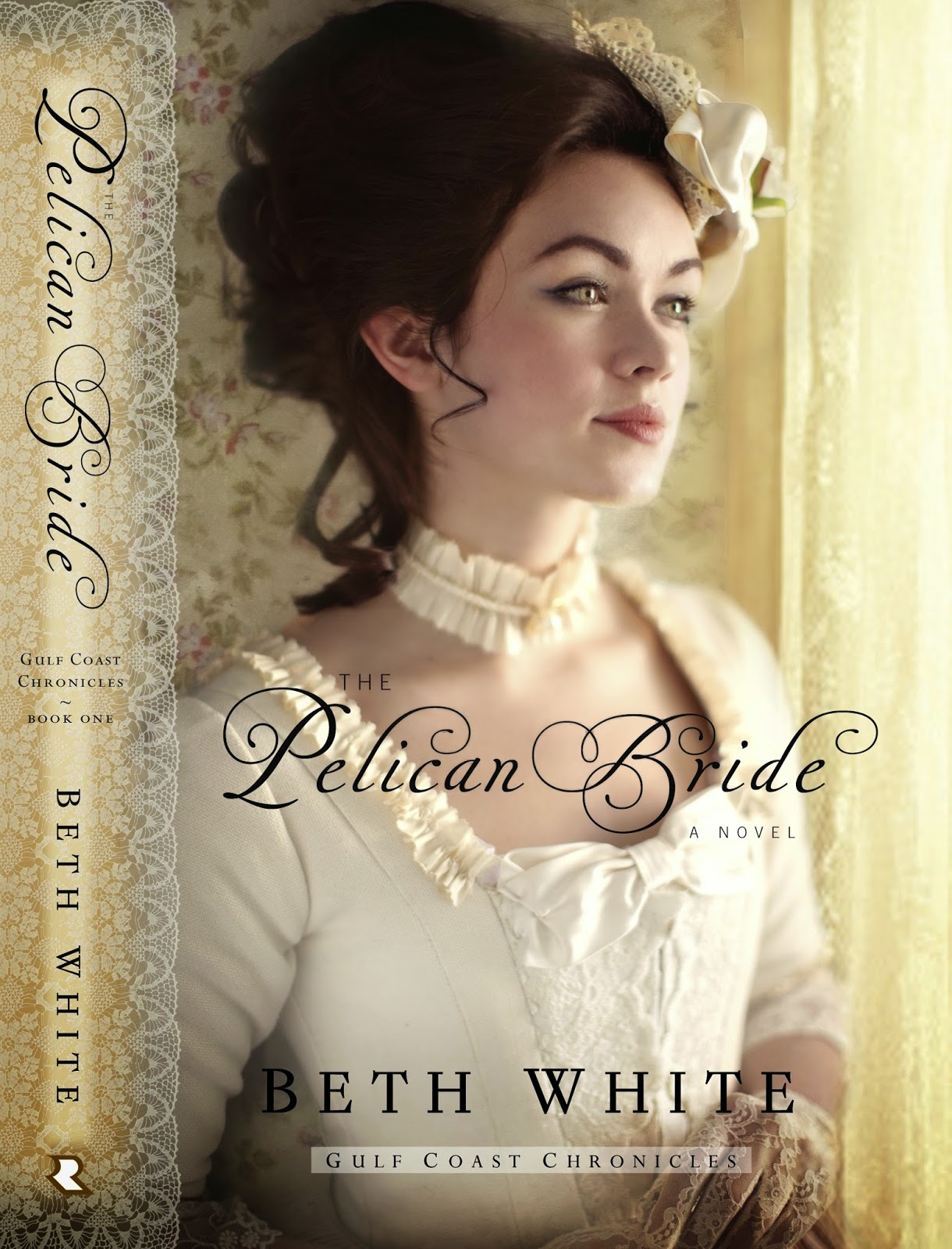 She’s come to the New World to escape a perilous past. But has it followed her to these far shores?

It is 1704 when Frenchwoman Geneviève Gaillain and her sister board the frigate Pélican bound for the distant Louisiana colony. Both have promised to marry one of the rough men toiling in this strange new world in order to escape suffering in the old. Geneviève knows life won’t be easy, but at least here she can establish a home and a family without fear of persecution for her outlawed religious beliefs.

When she falls in love with Tristan Lanier, an expatriate cartographer-turned-farmer whose checkered past is shrouded in mystery, Geneviève realizes that even in this land of liberty one is not guaranteed peace. Trouble is brewing outside the fort between the French colonists and the native people surrounding them. And an even more sinister enemy may lurk within. Could the secret Geneviève harbors mean the undoing of the colony itself? 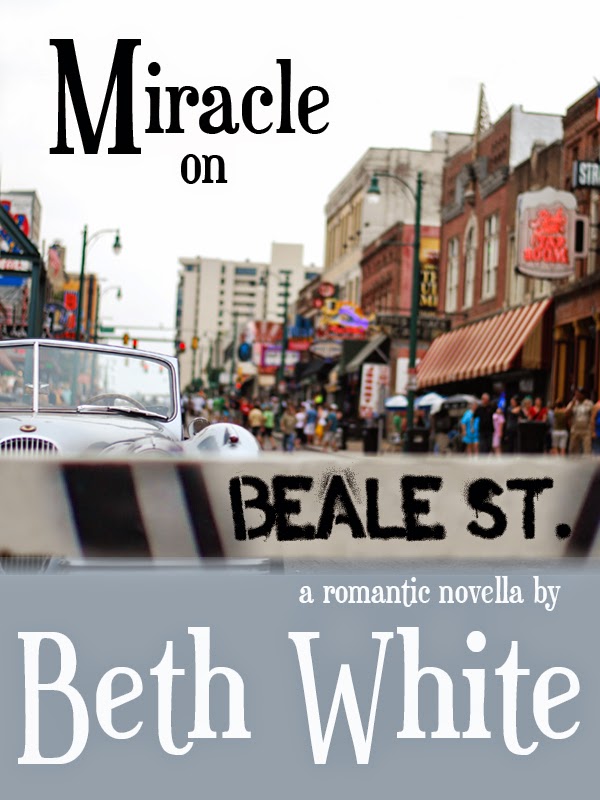 Christian Contemporary Romantic ComedyMiranda Gonzales and Tony Mullins have been tricked! Knowing that the two had clashed over a mysterious event years earlier, their spunky grandmothers plot to reunite them during a dream vacation in Memphis. Reluctantly surrendering to the wiles of their beloved mentors, Miranda and Tony must face the dark shadows of the past and conquer them once and for all.

To enter the contest for an autographed copy of
Beth White's book: "The Pelican Bride":
leave a comment (and email address)
AND become a follower of this site,
if you aren't already.

Thank you, Beth, for Joining us This Weekend!
.

Beth talked about her research and the desire to share her work by writing a book. In the middle of the project she realized what a testimony the story could have.

We've all helped others if for no other reason than"just because". But has one of those moments also turned into an opportunity to share your faith? Feel free to just say yes in the comment section or share your moment with us.
Posted by Mary Vee Writer at 10:00 PM

Mary, first of all, thank you for featuring Beth today. I am not familiar with her work but I can tell that I will enjoy her writing. I have repeatedly said that I am thankful that the Christian fiction market has exploded like it has. Finally we are being offered quality fiction without explicit language or sexuality! Thank you Beth for contributing to that effort and thank you Mary for a wonderful way to start my Friday. Blessings to you both!
Connie
cps1950@gmail.com

Thank you for this interview. I enjoyed reading Beth's story about how she got started in writing Christian fiction. I would love to win a copy of her book.
susanmsn at msn dot com

These are important qualities, Connie. I especially like sitting down with what appears to be a safe, good read, and find out I am right. I also love knowing I can leave the book open to the page I left off and leave it laying anywhere in my house for anyone to see.

So glad you are having a great Friday, Connie. You have blessed us by joining our chat:)

Hi Susan,
So happy to see you here again!
Doesn't Pelican Bride sound like an intriguing read? Beth has done a wonderful job weaving historical facts into a can't-put-down story.

I loved the opportunity to read Beth's story to publishing. I'm always happy to find a new-to-me author who makes every effort to follow God's calling in her writing journey. I try to put in a little plug for my Lord and Savior, when there is an opportunity, to my neighbor. She calls herself "spiritual", but is in need of Jesus. The last little opportunity was about a month ago. One of her trees went crashing down. It missed both of our houses and even my shed that was almost in its pathway. I told her her that God answered my prayers. Every night we have a storm I always pray that no trees will fall on my house or her house. She reacted pretty positively. Hopefully, I'm planting seeds.
may_dayzee(at)yahoo(dot)com

I absolutely love the cover of your book, it is just beautiful!!
I love to read christian Fiction romance.
Thank you for letting me participate in the giveaway
oh.hello.hiya@gmail.com

What a great testimony, Kay. Thanks so much for sharing. Praying for our neighbors is just what God would want us to do.

Danie,
Welcome! I'm so glad you stopped by and met the gang here. We hope to see you again.

So nice to meet you, Connie! And sorry to be a day late in replying—it's been one of those crazy weekends! Isn't it wonderful to be confident that your reading choices will honor the Lord? Thanks for stopping by.

Hi, Susan! Pleased to meet another avid reader of Christian fiction. I'm sure we could have a good time comparing favorite authors. Hope to get to meet you in person some day.
Blessings to you!
Beth

Wow, Kay, good for you! I live in hurricane country, with lots of trees around my house. We're on full-time prayer alert with our neighbors as well. I love the analogy of seed-planting! Very biblical. Thanks for taking time to stop by to share.
Blessings!
Beth

I love Beth's novels...thanks for the chance to read her latest one...Beautiful cover-art, too.

Hey, Karen!
so nice to see you today! Hope you helped yourself to the virtual pastries and hot tea/coffees.
Today, we are braving the cool breeze and sitting out on the beach. Isn't' it lovely. Very fitting for a discussion about Beth's new book.:)

Beth, the cover of your new book is just beautiful
oh.hello.hiya@gmail.com