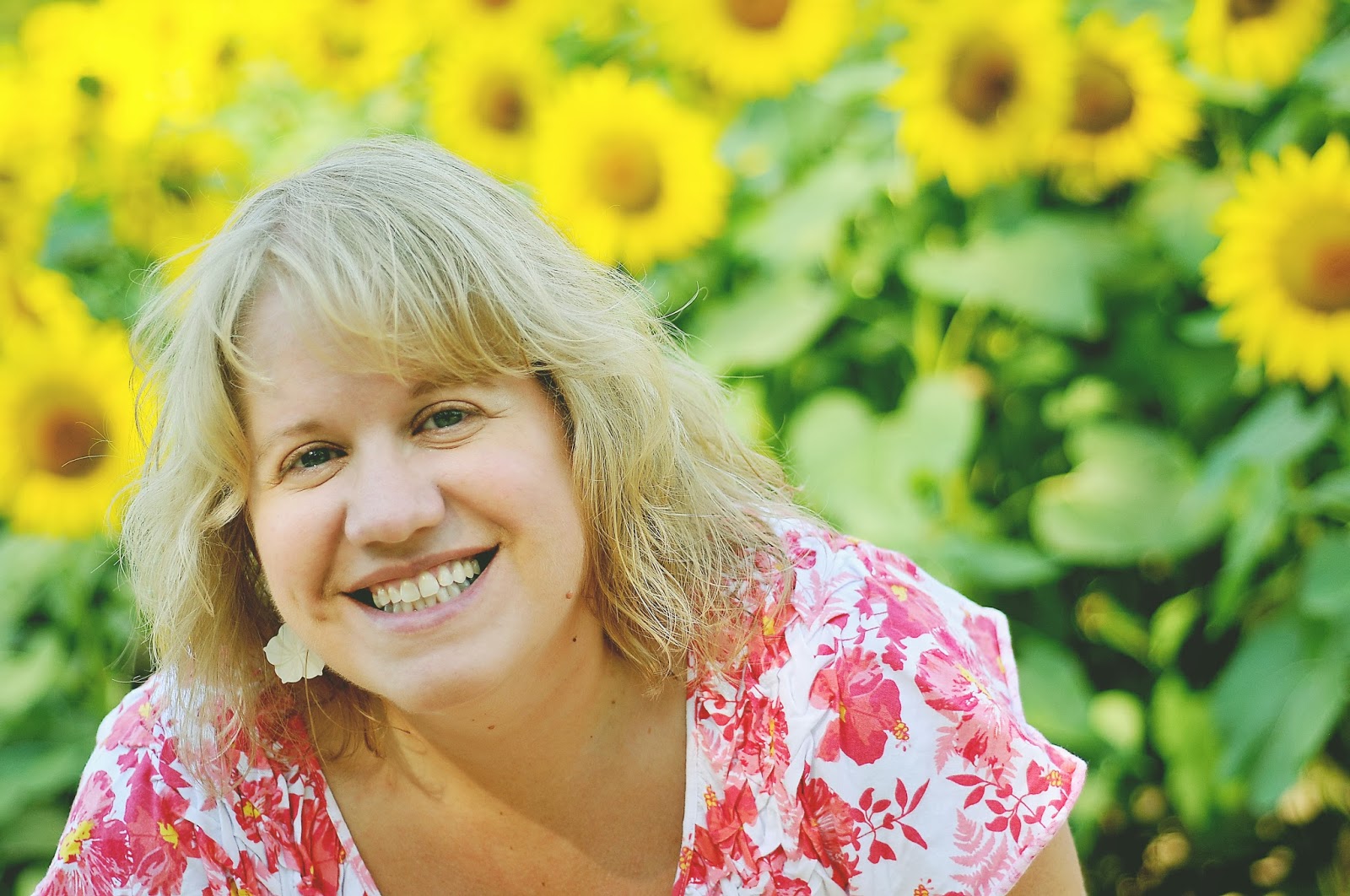 Today I welcome an author who allowed God to change her dreams:
author Sharyn Kopf 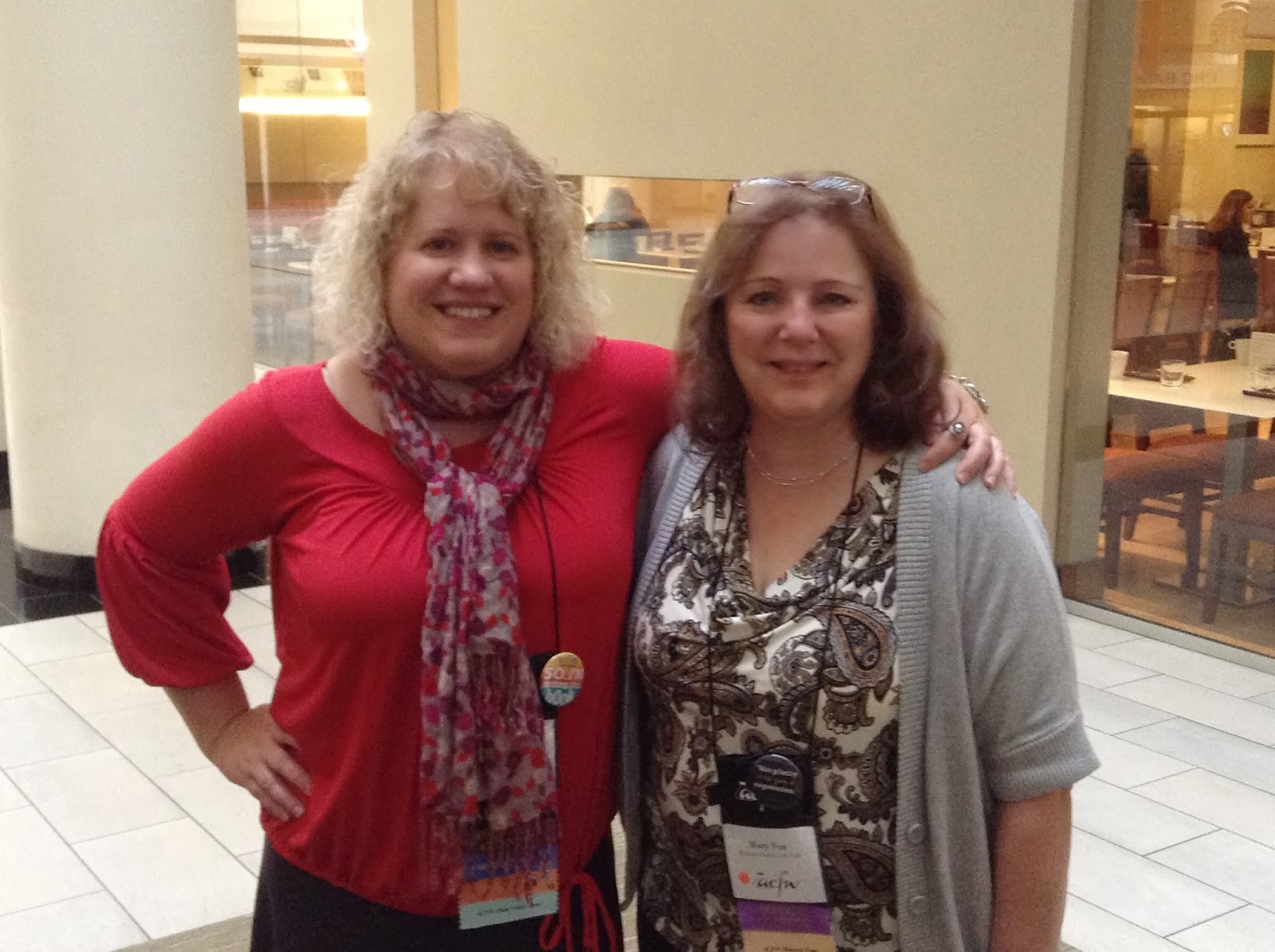 I met Sharyn at the American Christian Fiction Writers conference last year. She was such a friendly new face for me, I immediately was drawn to her. As we became friends, I asked Sharyn to share how God had led her on her journey. Wow! What a beautiful story of hope and healing. Here is what she said:


God Gave Me a New Dream

I stood in my friend’s kitchen, watching her stir spaghetti sauce, trying not to cry. The man I’d fallen for wasn’t interested in me. It was over and my singleness stretched before me like a desert highway.

The first time I met him, I stumbled into a crush like a high schooler. We sat in a circle on a carpeted basement floor with about 20 other singles, playing Catch Phrase, and he made me laugh. And if there’s one thing I find irresistible, it’s a man with a sense of humor and a spark in his eyes that tells me there’s more where that came from.

Over the next few years we became friends and, for a moment, I thought we were moving toward something more. We flirted like teenagers, laughed at inside jokes, winked and smiled at each other, and I touched his arm every chance I got.

Then, just like that, it was over. He wasn’t interested in me and I was trapped in the emptiness.

She tilted her head, studying me, as if she wasn’t sure how much I could handle. “You’re grieving something you’ve lost, Sharyn. It’s OK to be sad.”

Isn’t it funny how one moment can change how you look at your life? Well, maybe not ha-ha funny but making-sense-of-the-ridiculous funny. In that one comment, I realized I wasn’t just grieving the end of a relationship I now know never would have worked out, I was grieving the loss of my dreams for marriage and a family of my own.

A few years later, another dream ended—or was, at least, postponed—when I put aside the romance novel I was working on and started a nonfiction book about grieving singleness after 40. Though I fought the nudge to write about what could best be described as my deepest wound, I couldn’t ignore the feeling that not only was this what God had wanted me to write about all along, but that it might be why I’m single in the first place.

So, I started chronicling the pain, slogging my way back toward hope. Words turned into pages that turned into chapters and, eventually, a book was born. It was, I’ve told anyone who asks, cathartic.

After years of working on this manuscript, though, I felt completely wrung dry. The most vulnerable writing of my life and it wasn’t going anywhere. I had to put it aside . . . until the day I took the concept and turned it into a novel, which I submitted to the One Hope Contest with Write Integrity Press. And won.

The prize was a writing contract. When my editor learned the book had started out as nonfiction, she asked to read the proposal, then decided to publish that one too.

Both books—Spinstered: the Novel and Spinstered: Surviving Singleness After 40—will now release through Write Integrity Press’s sister imprint, Pix-N-Pens Publishing, at the end of April.

I’ve wanted to be a writer since I was five years old. My dream of publication always involved writing romance . . . until God brushed that dream aside and gave me a new one.

But that doesn’t mean I can’t write a melt-your-heart kissing scene when the situation calls for it.

***
In January this year, I started a new blog with four other writers specifically for single women over 40. If you want to know more about this single journey—and find out when my books will be available—please visit me there at www.girlsnightin40.com. 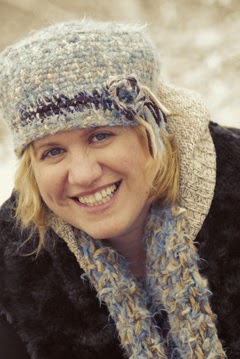 Sharyn Kopf knew she wanted to be a writer the moment she wrote her first poem at the age of five. She still considers it one of her best works.

After college, she made good use of her degree in communications by writing for newspaper, radio, TV, marketing and public relations. Most recently, Sharyn has made her living as a freelance writer and editor. Her work included co-authoring/editing "Coping with Traumatic Brain Injury: One Woman’s Journey from Death to Life" (published by BookJolt, 2012).

Then, in February 2013, Sharyn won the Write Integrity Press One Hope Contest in fiction. Her first novel, Spinstered, will be published by Pix-N-Pens Publishing this April, alongside a nonfiction version titled Spinstered: Surviving Singleness After 40.

In her spare time, Sharyn plays the piano, makes the best fudge ever, rages against unnecessary uses of the Oxford comma and watches too much HGTV. She lives in Bellefontaine, Ohio, where she moved in 2013 for the sole reason of being close to her family.

Three friends. Three stories. Three women trying to figure out how they ended up over 40 and still single.

Catie Delaney is the oldest of the three. Committed to her job and pushing 50, she has about given up on her dream of love and marriage. Maybe she’d be happier just accepting her singleness.

Social worker Jolene Woods, on the other hand, thinks being on her own is the best way to go. It gives her time to pursue her passion of running a halfway house for women just out of prison. The only pothole is her best friend, Trevor, who has silly ideas about them being more than friends.

Then there’s Uli Odell, a graphic designer who hasn’t quite hit 40 yet . . . but it’s only a month away. She’s doing everything she can to convince her boyfriend, Cole, to put a ring on her finger. Desperate not to be a spinster, she guilt-steps her way from one dumb choice to another.

Into this mix of feminine angst walks Brian Kemper—the latest GWP (Guy With Potential) to join their church’s singles group. But just as something seems about to happen between him and Catie, her world falls apart.

Feeling abandoned by God, Catie leaves her beloved Colorado mountains and rushes home to her family in Ohio, hoping to find her faith—and hope—once again.

To enter the contest for an autographed copy of
Sharyn Kopf's book "Spinstered: The Novel":
leave a comment (and email address)
AND become a follower of this site,
if you aren't already.

Sorry  US  only
PLEASE NOTE: The book will be sent to the winner after
Sharyn receives her copies in April.

Thank you, Sharyn, for Joining us This Weekend!
.

As a child I had dreams that changed as I grew. But there always seems to be one special dream that doesn't change, the one we always hope will come true. I am so blessed to read Sharyn's testimony and her faithfulness to God.

How about you? Has God provided opportunities that didn't fall into your dream plans? Now that you look back, have you seen His blessings?

Perhaps you are walking in disappointment and are in need of prayer. How can we pray for you?
Posted by Mary Vee Writer at 10:00 PM

This was an interesting view of the single women's situation. I know several over 40 single ladies and the all seem likevery strong women who are quite active with friends and family. They do seem to have greater opportunities for developing in depth friendships with other singles.

Somehow I feel I have a suitcase full of dreams that I work my way forward on at the pace of an inch worm. I think several could mesh together. I try to remain patient and keep learning new things.

Thank you for commenting, Janice! All of my single over 40 friends are definitely strong. Those of us who do grieve our singleness usually do so in private for a variety of reasons.

Just keep moving toward those dreams! While, of course, staying flexible to what God has in mind. I never would have written Spinstered if I had held onto my dream of writing straight-up romances. But I don't feel I gave it up so much as moved it aside. Temporarily. :-)

Janice,
So good to see you today. Your suitcase of dreams sounds like many blessings waiting patiently to unfold, one at a time. God will help you. I think you have a great testimony to say that you remain patient and keep learning new things.
Blessings :)

Sharon very proud of you. I know it's been years but I read this blog and have been tickled for your life successes especially about your family but also your writing!
Hugs...

Thank you, Lorine! It's good to hear you're following these events. :-) Hugs back.

Lorine,
Thank so much for joining us today. Although, your message was geared for Sharyn, your words meant so much because it helps us to see how those around us cheer us on in times of need.

Looking forward to your next visit.

I have been blessed with a wonderful marriage and I dread the possibility of losing my husband but like to think that my identity isn't just wife and mother. First and foremost, I am a child of God and in that relationship, sometimes I move leaps and bounds, but more often, it is a matter of inch by inch!
Sharyn, I am so happy that your years of hard work have been recognized and that both of your books are now available. God's plan for you clearly includes helping and encouraging others. May God continue to blessed you!
Connie
cps1950@gmail.com

Thanks, Sharyn, for this insight into the 'birthing' of your books & the blessing of God's hand in your journey. I rejoice with you in their publication! Can't wait :-)
- Kathy KathleenGrimmWelty (at) gmail (dot) com

Connie,
What a sweet blessing you've given Sharyn.
I, too, dread the possibility of losing my husband, and have had many talks with God about it. I think that is one box we wives put ourselves in and in so doing stunt out growth/talents. Our hubbys can be very supportive when we give them a chance and show the enthusiasm God gives us to reach out an independently do things like what Sharyn has done.

What a joy to chat with you today. So glad you came. :)

Kathy,
So nice to meet you today. And thanks for chatting with us about Sharyn's walk. I am curious if you have such a blessing to share.
Looking forward to our next chat. :)

Thank you for sharing your heart with us, Connie! And thank you for the reminder of what is most important - developing our relationship with God, even if it's only one inch at a time.

Blessings to you as well!
~Sharyn

Kathy, thank you so much! I hope to see you soon ... maybe in April?

May God bless your journey toward publication as well. :-)