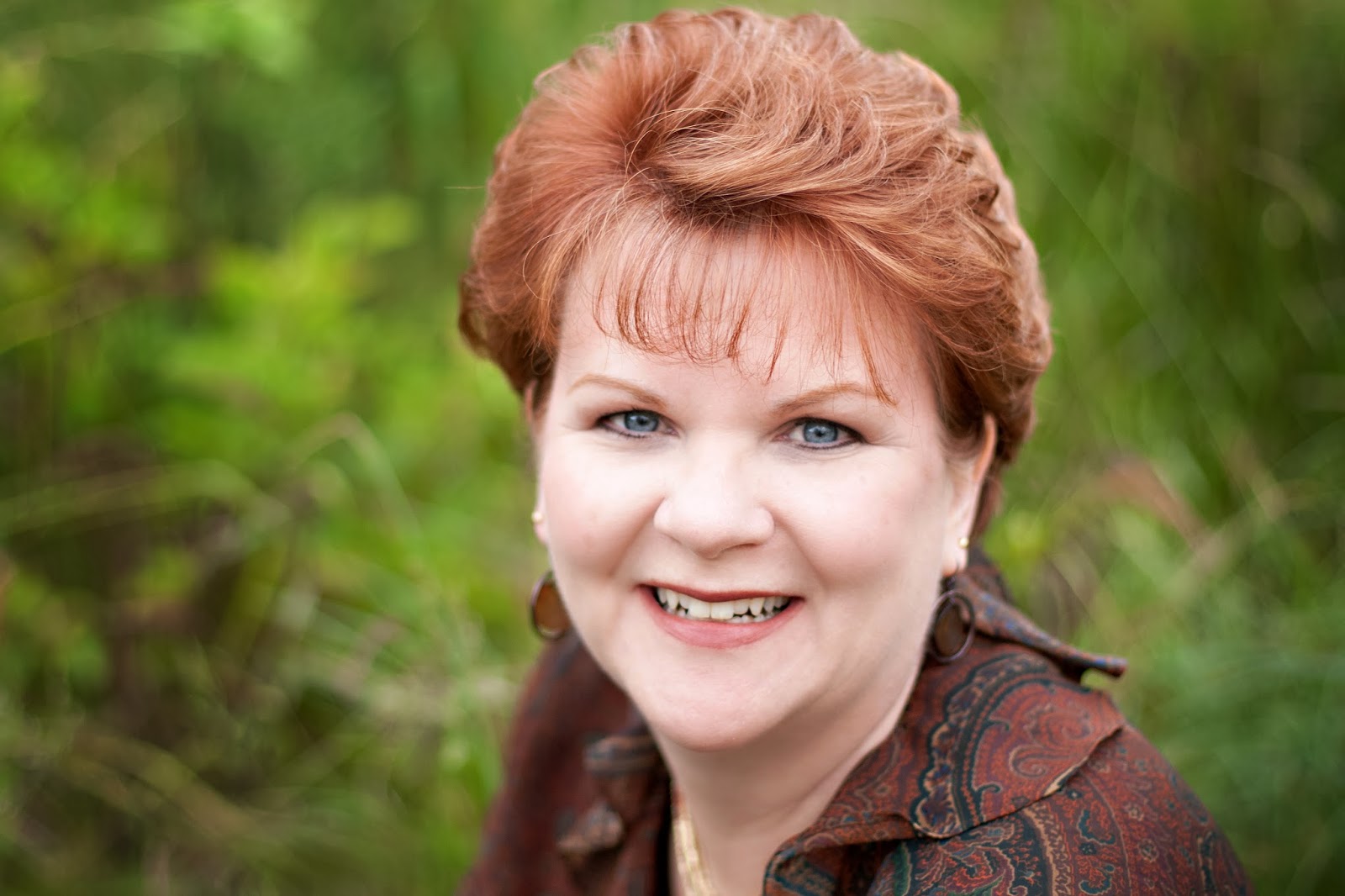 Enter to win Mesu's
March 2014 release,
In the Shadow of Jezebel


I met Mesu when reading about her book in an email. It sounded very interesting. I wrote to Mesu and instantly we became friends. She has such a warm heart and desire to serve God. I asked Mesu to visit with us and share how God has led her on her writing journey. Here is what she said:


I Felt the Spirit's Nudge

I never intended to become a writer. In 1996, I was a busy pastor’s wife with two pre-teen girls and a growing speaking ministry. I didn’t have time to be sick, but an annoying flu bug lingered for weeks, then months. Eighteen months later I was diagnosed with fibromyalgia, and I began journaling for the first time.

A slower pace provided more quiet time with Jesus, and I began sharing weekly e-devotionals with family and friends. About the same time, a Bible study piqued my interest in Song of Songs, and I read all eight chapters every day for a year—and watched an incredible story unfold.

Health concerns limited my speaking engagements to six retreats a year, but Solomon’s Song became the capstone topic. Only one problem—audiences wanted Love’s Sacred Song in written form to peruse at home—and I was a speaker, not a writer.

Feeling the Holy Spirit’s nudge, I bought “how-to-write-a-novel-proposal” and attended a Baltimore writers’ conference. Two editors and one agent begged me to stick with speaking because my writing was so bad. I was crushed. I crawled back into my suitcase, returned home, and filed Love’s Sacred Song under “F” for Failure.

I poured my effort into the weekly e-devotionals, which fulfilled my need to study and unwittingly honed my writing skills. A sudden health crash in 2002 put me in bed for six months, and inconclusive medical tests left doctors shaking their heads.

Those six months, however, were quite conclusive for me. Sequestered in bed, couch, or recliner, my laptop became my world and reintroduced me to an old friend. I rewrote my biblical novel, Love’s Sacred Song, and fell deeper in love with Jesus.

By November of 2003, Mayo Clinic added two more chronic conditions to my already weary body, and daily migraines began in 2005. These were difficult years, wrestling with mortality, purpose, priorities, etc. Through it all, the Lord provided life-lessons to include in the growing e-devotional ministry. Positive feedback poured in, and once again I felt the Spirit’s nudge to seek publication—this time for a non-fiction devotional. I bought another “how-to” book, wrote a non-fiction proposal, and flew to a California writers’ conference.

Editors were again unimpressed, but an agent saw possibilities. For three years, this fabulous, committed woman knocked on every publisher’s door. The answer was still No, but the NEED to become published had waned. Somehow, somewhere in this journey, I’d become totally content with my e-devotional ministry and leaving Love’s Sacred Song in my bottom desk drawer.

Until my critique partner read the rewritten version... “The Lord gave you a powerful story to teach people of His love. You must resurrect this novel proposal.”

“But I can’t write fiction! I’m a teacher. I write Bible studies and devotionals, not stories.”

She stopped all my protest with these questions. “Are you a better teacher than Jesus? Didn’t He teach with stories?”

Ugh. Only the dearest friends speak so boldly. So, I determined to learn the craft of fiction. I packed my bags in 2008 for the same California writers’ conference and registered for the fiction-mentoring clinic. There, Love’s Sacred Song caught the eye of a Revell editor, and a few months later I signed my first contract.

I never intended to become a writer. I didn’t choose daily migraines or chronic illness. And, seriously…who wants to read Song of Songs every day for a year? But, oh—the joy of His Presence, His blessing, His pleasure.

Whatever your journey requires, dear one, take heart—it is SO worth the ride! 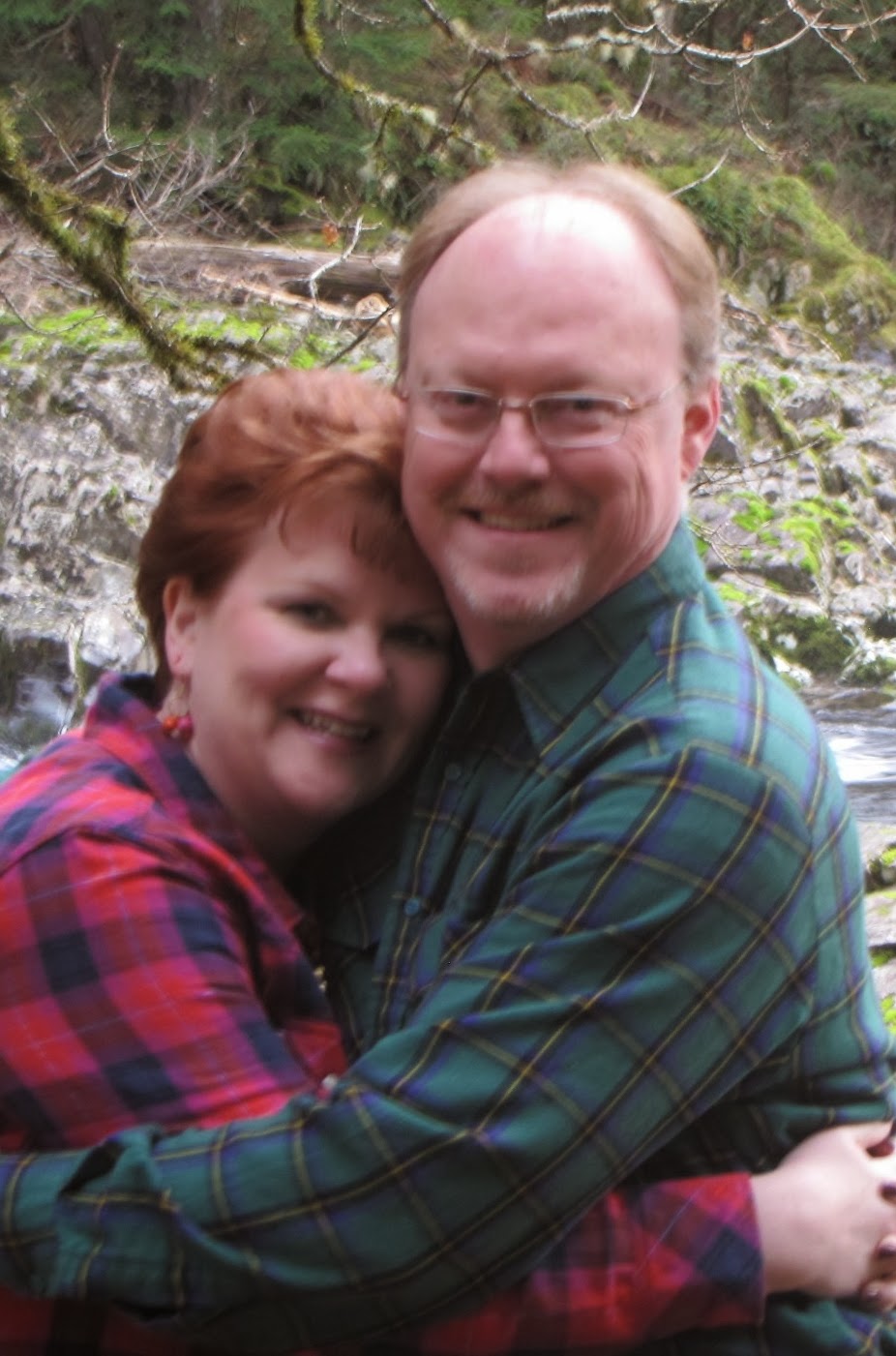 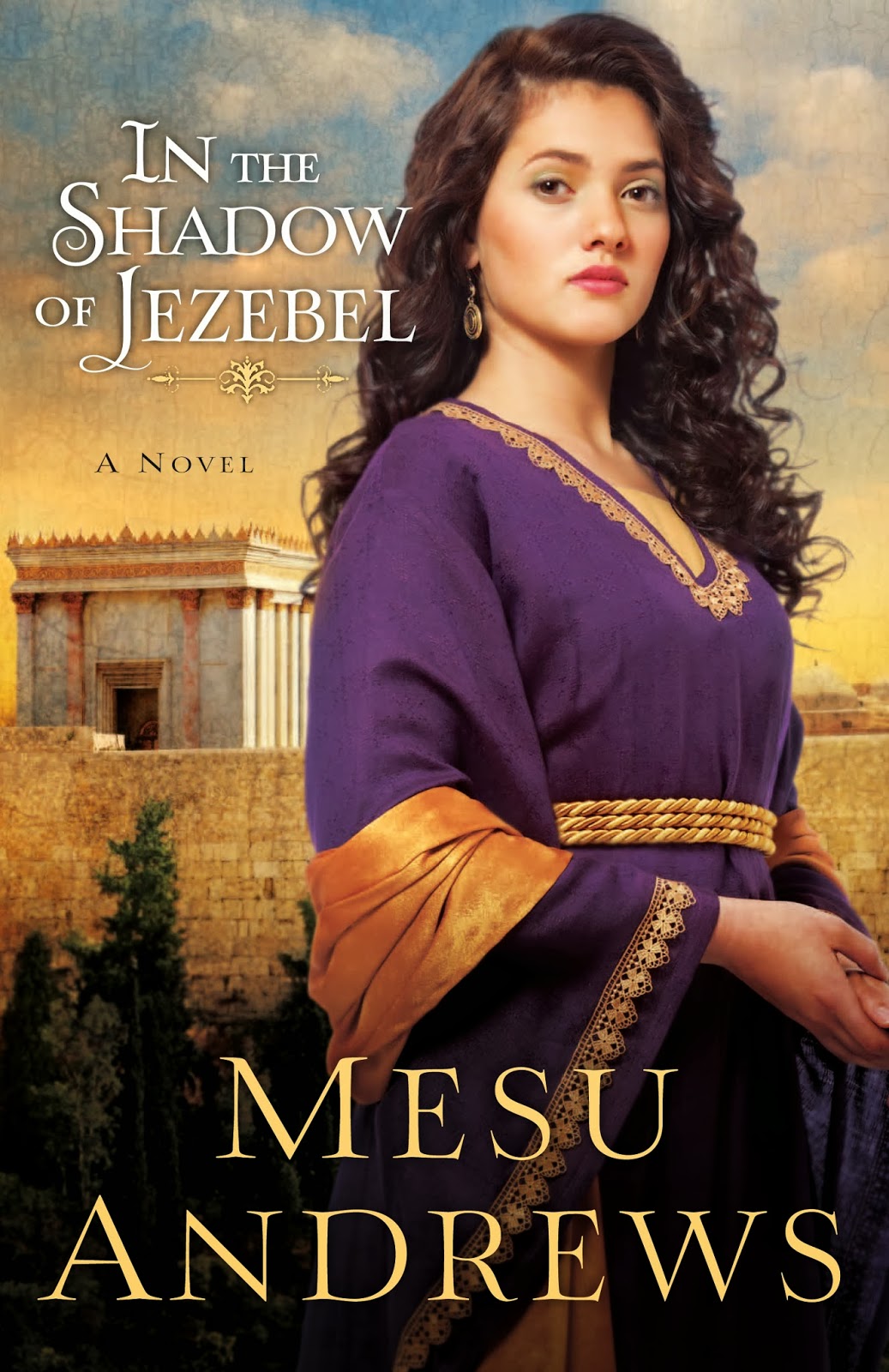 In the Shadow of Jezebel (available now):

Princess Jehosheba wants nothing more than to please the harsh and demanding Queen Athaliah, daughter of the notorious Queen Jezebel. Her work as a priestess in the temple of Baal seems to do the trick. But when a mysterious letter from the dead prophet Elijah predicts doom for the royal household, Jehosheba realizes that the dark arts she practices reach beyond the realm of earthly governments. To further Athaliah and Jezebel's strategies, she is forced to marry Yahweh's high priest and enters the unfamiliar world of Yahweh's temple. Can her new husband show her the truth and love she craves? And can Jehosheba overcome her fear and save the family--and the nation--she loves? 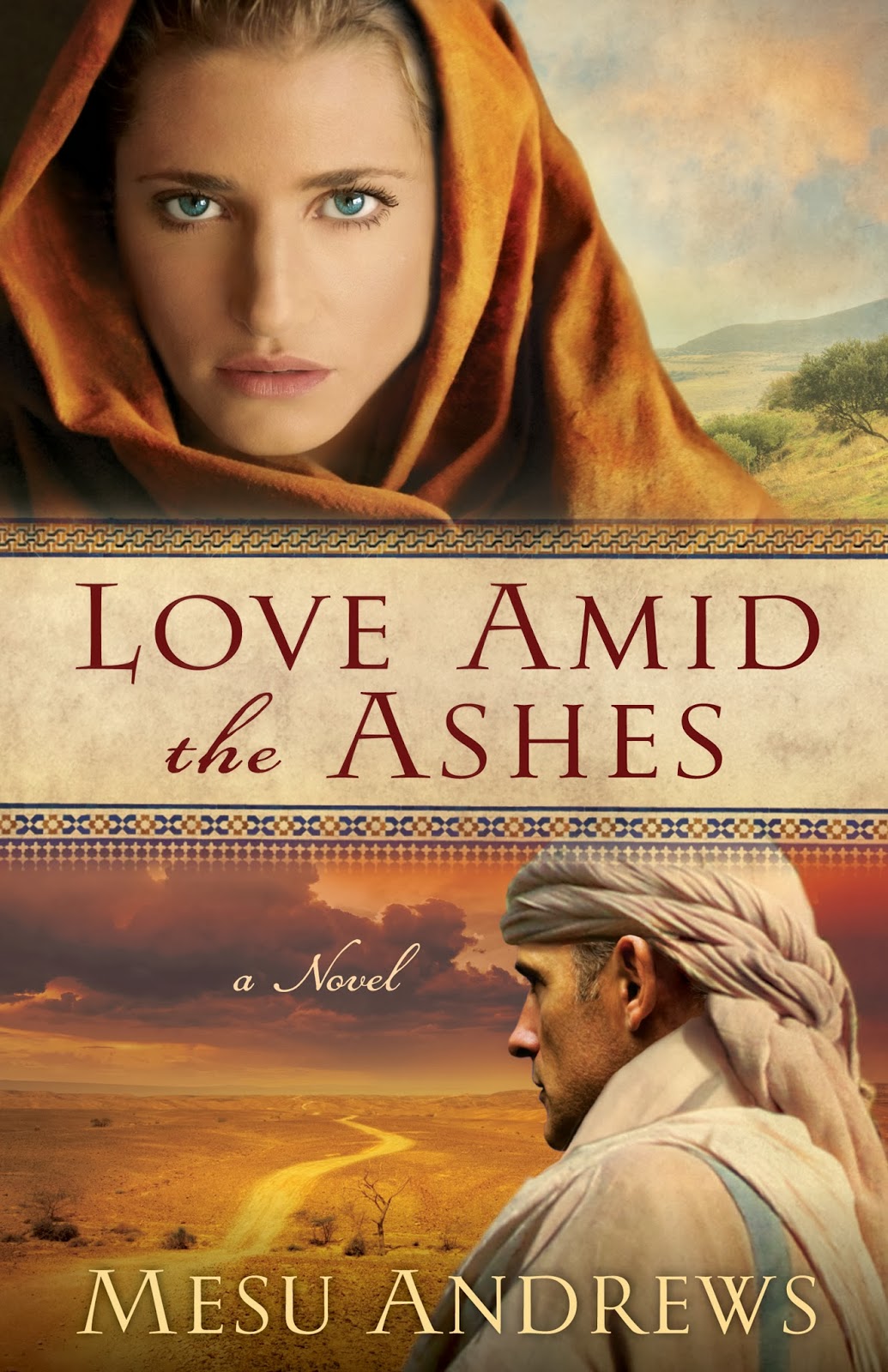 Love Amid the Ashes

Readers often think of Job sitting on the ash heap, his life in shambles. But how did he get there? What was Job's life like before tragedy struck? What did he think as his world came crashing down around him? And what was life like after God restored his wealth, health, and family?

Through painstaking research and a writer's creative mind, Mesu Andrews weaves an emotional and stirring account of this well-known story told through the eyes of the women who loved him. Drawing together the account of Job with those of Esau's tribe and Jacob's daughter Dinah, Love Amid the Ashes breathes life, romance, and passion into the classic biblical story of suffering and steadfast faith.


EXCITING NEWS!! Love Amid the Ashes ebook can be downloaded free during this March.

To enter the contest for an autographed copy of
Mesu Andrew's book: "In the Shadow of Jezebel":
leave a comment (and email address)
AND become a follower of this site,
if you aren't already.

Thank you, Mesu for Joining us This Weekend!
.

Mesu said, "Only the dearest friends can speak so boldly." I think God has given those friends the words to say to us.

thanks for the chance to read this fabulous novel...I'm a follower, too.

Good morning, Karen. So nice to see you here today.
I felt the same when I heard about Mesu's new book. I'm going to download my copy of Love Amid Ashes. Don't forget, you can, too.
And you, are entered for the book drawing :)

I am so excited for the free download and I have really enjoyed getting to know Mesu.. I realize that it was God's love and presence in her life that enabled her to persevere during her darkest days and she will probably never know, in this life, how many people she has encouraged and perhaps led to Christ.

I pray that her physical health will Improve and that she will continue to inspire, comfort, and encourage her many readers.

I have read Love's Sacred Song and Love Amid the Ashes by Mesu Andrews and enjoyed them both. I appreciate the interview and getting to know the author better. In the Shadow of Jezebel looks like a great read! I follow your blog by email.

Both books sound wonderful. How the fiction writing came about is quite a good story in itself. Blessings to you Mary and Mesu.

Connie,
What sweet and kind words! I'm so glad you stopped by today to chat with us.
And amen to your prayer. :)

I agree. I had just written a kids blog post about Jehosheba before talking with Mesu. Each time I walk through the Bible i notice stories I hadn't focused on before. When I saw Mesu's book, I thought, now that was a God moment. I simply must read her book. Jehosheba was a woman of great courage in a frightening time.

Thank you, Cindy.
We all have quite good stories to share about how God has helped us through stormy times. What a blessing to read author's like Mesu's story.
I always enjoy visiting with you, Cindy.

My teen grand daughters and I love your books. Thank you for a chance to win your latest.

I've read all your books......they are wonderful!

Welcome Jan!
What a great testimony of Mesu's writing ministry. We're so glad you stopped by today.

Thank you Cujo for joining our chat today. I'm excited for you to read Mesu's next book.

Hi Karen!
Thanks for stopping by Mary's blog! I can see why you're already a follower. LOVE this site! ;)

Oh, Connie!
What a blessing you are, gal! Thank you so much for your prayer, your encouragement, and your sweet spirit. It's been a pleasure to get to know you better as a member of my team, and I praise God for those He places in our lives. You're a dear!

Hi Andrea!
I'm thrilled you've read the other books--and are still game for a third! ha! I think I felt the same as you and Mary when I read about the story of Athaliah a few years ago. It sort of haunted me. Wouldn't let me go. I simply had to do more research to find out what could have "possessed" a woman to act with such evil--and how our great God could bring good from it. I'm so glad the topic has captured your hearts too! Blessings!

Hi Cindy!
Isn't it fascinating to hear people's stories? Sometimes I sit at Wal-Mart or wait for my hubby at the grocery and watch people go by and wonder--what's their story? EVERYONE has a story, and that's one of things that make biblical characters soooooo exciting--they have stories too!! ;)

How fun, Jan! I have a 15-year-old on my BFF team, and she kept me on my toes a few weeks ago, when she asked what this book had to offer teenage girls. She said she got lots of life-applications from it, but wanted to hear what I was trying to teach. Honestly, I had to think about it! ha! But there are several good themes for teenagers in this story. What a wonderful bond you have with your girls! ;)

Woohoo!!! I'm honored, Cujo! Thank you so much for visiting and for reading! What a blessing. Please keep in touch and let me know if you enjoy this one! ;)

Jan,
I couldn't find anyway to send you a message about the book drawing. Can you leave your email address?