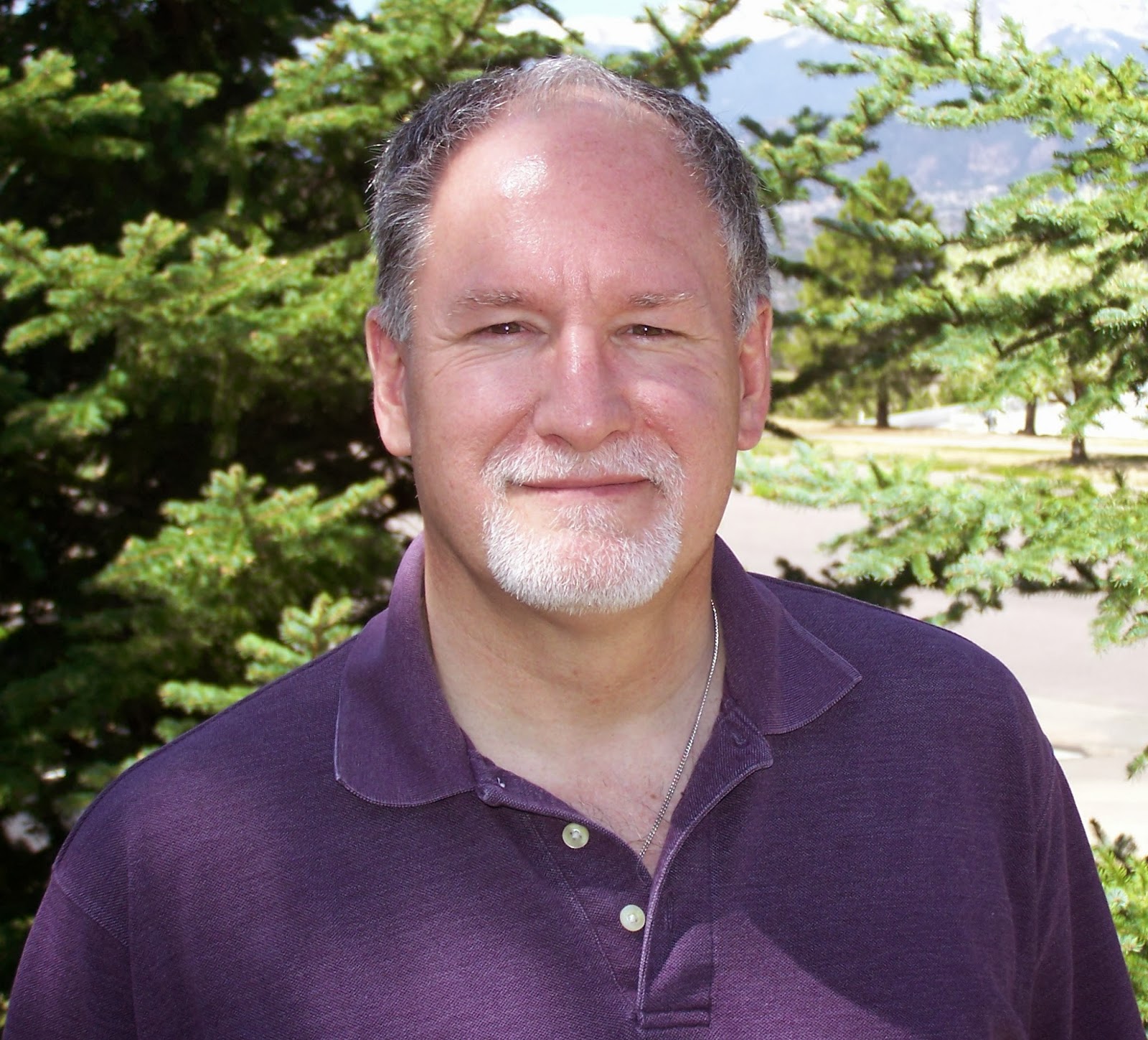 Our family has joyously spent many, many hours listening to the popular Adventures in Odyssey series written and directed by Paul McCusker and presented by Focus on the Family. We've heard the show on the radio, bought the cassettes, then CD's and videos. Of course Whit is our favorite character. I contacted Paul McCusker and asked if he would be willing to join us here on Let's Talk and was so excited when he said yes. I asked him to tell us how God led him on his writing journey. Here shared this wonderful story:


Only One Mention-Yet His Legacy Lives On

There are times when I wish I could pinpoint when or where I took an interest in writing. But, unlike some, there was no specific moment, an epiphany, or a slap on the forehead when I thought, “I know what I want to do…” I never had a jumping-off point, but experienced a writing life that has flowed like a river – starting from an unseen spring of water and growing, carrying me along.

I'd like to tell you about a man named Hurum-Abi…

In the book of Second Chronicles, Solomon had become King and decided to build the long-awaited Temple of God.

But he needs help, so he writes to the King of Tyre – a man named Hiram – and asks for supplies and help, including (2:7) “a man skilled to work in gold, silver, bronze and iron, and in purple and crimson and blue fabrics, trained also in engraving.” No small request!

King Hiram replies that he has just the man: Hurum-Abi.  Verse 13: “I have sent a skilled man, who has understanding, Hurum-Abi… who is trained to work in gold, silver, bronze, iron, stone and wood, and in purple, blue and crimson fabrics and fine linen, and to do all sorts of engraving and execute any design that may be assigned to him…” So Hurum-Abi goes to work for Solomon to get the Temple built, as you can read through the next couple of chapters.

Hurum-Abi gets the one mention, but you read little else about him. But behind that reference is a man’s life.  Perhaps he had a family. He had friends. And he left them to perform a task – to bring to bear his talents to help create a House for God.

I once read about these teachers and professors in England – at Oxford and Cambridge – who were very suddenly and mysteriously removed from their positions. The war against Germany had begun and these men and women were yanked from their studies in history and linguistics to be put to use somewhere else. Some wound up performing tasks of espionage. Some were put to work at Bletchley Park – the place where the German codes were poured over and broken. They used their skills, developed elsewhere for other purposes, to fight an enemy and help win a war.  After that war ended, few people knew who they were or what vital service they’d performed. They were anonymous. Their lives went on.

Presumably, Hurum-Abi’s life went on, too. He did his work and went home.

And so we get to the beginning of chapter 5. “Thus all the work that Solomon did for the house of the Lord was finished.” Not another word about good old Hurum-Abi. 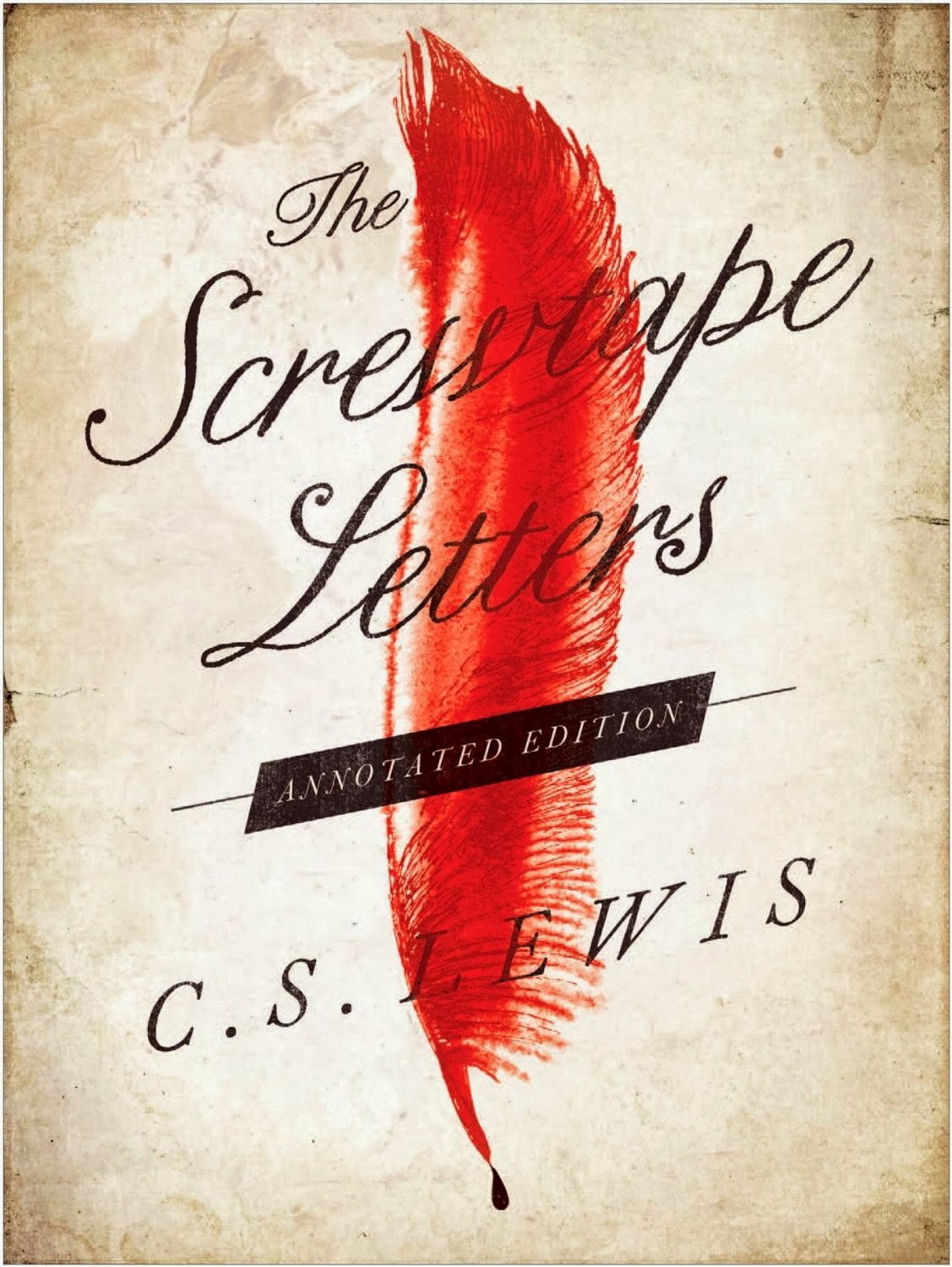 Yet his legacy – small as it was – stands in Scripture.

He had wisdom.
He was skilled.
He was an artist.
He was called.
He was dedicated.
He was the man of the moment, who played his role in the time he had.
But, when it came down to the end, he was anonymous.

I think about that a lot. When all is said and done, I’m a writer. It’s all I have ever been. It wouldn’t occur to me to try to be anything else.

Funny enough, I think I’ve been called to do it. I have skills that I have brought to what I do. I pray to be the man of the moment, who plays my role in this time with dedication and perseverance. And if, in the end, I go home and the chronicle never mentions me, but it acknowledges the work I did and how God used it, then I’m fine with that. I know – and God knows – that I did the best that I could with the time that I had.

I was good old Hurum-Abi.

What a wonderful testimony that would be… for all of us. 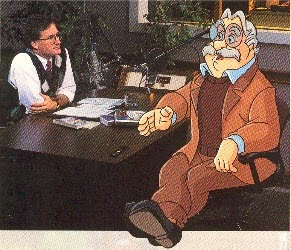 PAUL McCUSKER is the Peabody Award-winning writer and director of the audio drama "Bonhoeffer: The Cost of Freedom," along with the multiple award-winning audio dramatizations of "The Chronicles of Narnia," "The Screwtape Letters," "A Christmas Carol," his original series "The Luke Reports: The Life of Jesus" (honored as Best Audio Drama by the prestigious Audie Awards) and "The Father Gilbert Mysteries" (also an Audie Award nominee), all for Focus On The Family Radio Theatre.
Apart from dramatizations of C.S. Lewis' "Narnia" and "Screwtape," he also scripted the original audio drama "C.S. Lewis At War" and written the companion book "C.S. Lewis & Mere Christianity: The Crisis That Created A Classic." His work has extended to writing the detailed footnotes for "The Annotated Screwtape Letters" for HarperOne. (It is the first authorized annotated edition of any book by C.S. Lewis.)
McCusker is also a writer and director for the long-running children's audio program "Adventures in Odyssey," scripting over 250 episodes as well as 2 of the animated video series, authoring 18 spin-off novels, and serving as the general editor for "The Imagination Station" chapter books. For adults, he has written the Gold Medallion-nominated "Epiphany," "The Mill House" and, with Dr. Walt Larimore, "The Gabon Virus" and "The Influenza Bomb." His plays and musicals have been performed in churches and community theaters across the country. One, "A Time for Christmas," was a Dove Award nominee. His lyrics have been put to music by the Grammy Award-winning Michael W. Smith. 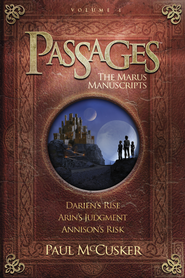 Books 1-3 in the Passages series in one volume.

To enter the contest for an autographed copy of
Paul McCusker's book: "Passages":
leave a comment (and email addy)
AND become a follower of this site, if you aren't already.

Thank you, Paul, for Joining us This Weekend!
.

Have you listened to any of the dramatizations mentioned above? If so which ones? I have, including Bonhoeffer and Chronicles of Narnia and of course tons of Adventures in Odyssey stories. These truly make great gifts for many occassions.

Do you sometimes feel like Hurum-Abi, the chosen but mentioned only once? I have, and hadn't noticed the story detail in Scripture. We've read how Hurum-Abi's story helped Paul McCusker, how might his story help others/you?

I thoroughly enjoyed getting to know Paul through this interview, especially his insights on Hurum-Abi. I feel that there are so many Hurum-Abi's who devote their times and talents to make our world a better place but who are basically Anonymous. But we know that God knows and we will be recognized when it really counts.
Kudos to Paul for writing quality books and programs that we can share with our families!
Connie
cps1950@gmail.com

Oh, I so agree with you, Connie. Like I mentioned in my intro, our car trips with the kids sailed like a breeze and helping our children to stay up to celebrate the New Year became so easy with the cassettes and CDs of Paul McCusker's radio shows. My now adult children still quote lines from these productions.

It was very nice to hear from Mr. McCusker. I enjoyed listening to him as a kid, and still tune into the occasional Adventures in Odyssey. Thanks for the insights into Hurum-Abi.

Carly, Thanks for stopping by. If you all haven't guess, she is one of my daughters. :)

I really enjoyed the interview, and the story of Hurum-Abi! I haven't read/viewed/listened to, any of Mr. McCusker's work, but have heard SO much about the award-winning "Adventures in Odyssey"! I am glad to hear of other works he has done, and would love to read "Passages"!

bonnieroof60(at)yahoo(dot)com
I am a follower.

Welcome Bonnie!
You need to add the adult radio dramas to your list. You will really enjoy them. So glad to see you today!