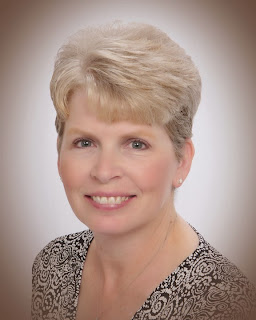 I'm so happy to share with you a piece of my conversation with Patty. She is such a sweet and Christ-like spirit. I asked Patty to tell us how God led her on her writing journey. Here is what she said:

My writing journey began in the darkest hour of the night.

I’ve always had terrible insomnia. Even from the time I was about eight years old, I would walk the halls, my bed just a place where I’d toss and turn, unable to find any real comfort there. I become our family’s night watchman--checking the doors and windows, looking in on my siblings just to make sure that they could sleep even if I couldn’t.

As I grew up and got married, the insomnia came in lulls. I took a graveyard position as an RN because I figured if I wasn’t going to sleep, I might as well be earning a living. Then children came along and well, every one knows kids wear you out, right?

So in the late ’90‘s, my life was incredibly full with Girl Scouts and teaching Sunday School and taking Bible classes and helping my mother care for my grandparents and a million other things that filled my days. For the first time in my life, I fell asleep before my head hit the pillow. I had a blessed life that totally exhausted me.

But one night after another day filled with busyness, I woke up from a dead sleep. I slammed my eyes shut, hopeful I could simply fall back to sleep but failed. The old pattern of tossing and turning had my bedclothes in knots before I finally flipped over on my back, stared up at the ceiling and prayed.

I glanced over at my husband, Danny, his soft snore proof that he had not called out to me. But I had heard it, a voice, masculine yet so very tender.

I’d studied the Bible enough to know that God uses His word to communicate with His people, but had He woken me just to tell me to be still? And why? The commitments I had were all good, Godly activities. People depended on me. How could I just stop to ‘be still?’

After putting the girls to bed the next evening, I sat down with Danny and told him what had happened the night before, how God had used His Word to tell me to be still. “What do you think I should do?” I asked when I’d finished.

Without missing a beat, he replied. “Be still.” 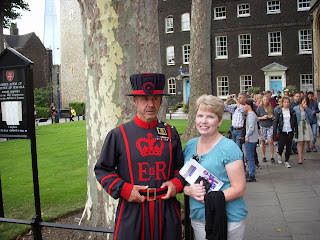 “Patty,” he started. “There’s no question that what you’re doing is good, but maybe God has something more for you, something you might never discover because you’re always in constant motion. So why not take some time and see what He has in store?”

I couldn’t argue with Danny’s logic. Over the next few months, I began to pull back from my commitments. I studied my Bible and began writing in a prayer journal. It wasn’t easy writing to the Lord--I think my first entry was a 1/2 page long--but the more I wrote, the more I wanted to write. Even after I closed the journal, the desire to write stayed with me and I found myself writing down little stories I’d come up with or observations I’d made about people I saw in my everyday life. I wrote about a man who handed out tracts at the local Walmart or the things I learned after becoming disabled.

After reading them, Danny thought I should send some of my true life stories to a publisher. I balked at the idea at first, but my husband is a very persuasive man and convinced me to try. When I glued the stamp to the envelope, I figured God would have to be in it for me to have any chance of getting published.

I had 2 contracts on my short stories within 6 weeks.

Now, 13 years, and countless articles and 4 books later, I look back and am so thankful I had a husband who encouraged me to step out in faith and discover God’s bigger plan for me.

For me, writing has become a time of worship, another way God ministers to me as well as providing me a mission field. In being still, I found that God had bigger dreams for me than I had for myself. 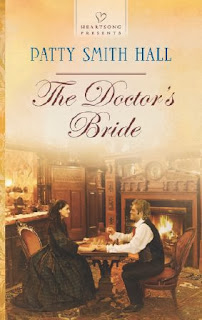 Patty Smith Hall has made up stories to keep herself occupied since she was forced on boring Sunday drives into the Georgia countryside when she was too young to stay home. Now she's happy to share her wild imagination and love of history with others, including her husband, Danny, two smart and gorgeous daughters, and a Yorkie she spoils like a baby. She resides in North Georgia.

Dr. Joshua McClain is headed west
First stop: Hillsdale, Michigan, to break the marriage contract his late mother arranged between him and Katie Clark. Years ago, Katie left him behind in Charleston. But after a train crash, he comes face-to-face with Dr. Kathleen Clark, his childhood friend all grown up.
When Josh shows up in town, claiming they're betrothed, Katie refuses to consider an arranged marriage. She'll marry for love or not at all. Besides, he's headed for Kansas Territory; her practice is here in Hillsdale. So why are they both finding it hard to break their betrothal and say goodbye.
To learn more about Patty go to:
Website: www.pattysmithhall.com

To enter the contest for an autographed copy of
Patty's book: "The Doctor's Bride":
leave a comment (and email address)
and become a follower of this site if you aren't already.

Thank you, Patty, for Joining us This Weekend!

Friends, Oft times we need to do as God told Patty. Be Still. We don't necessarily have to stop doing anything, but often we have free moments that could be spent thinking of God.

So today, let's share a special verse that God has given you.

Blessings on all of you,
Mary
Posted by Mary Vee Writer at 1:00 AM

What a blessing to have such a supportive husband! I look forward to the opportunity to read you books. Thanks for the intro Mary.

Blessings from one Patty to another!
pattymh2000(at)yahoo(dot)com

I agree, Patty. Having a supportive family member means so very much to encourage us on this journey.

Sounds like a good book, thank you for the chance to win it.

Hey Wendy,
Good to see you here. And I agree. Patty's book does look really good. Thanks so much for stopping by today.

I sincerely enjoyed the post, plus learning of a new author. Book sounds great. Looking forward to reading it. When I was going through a trial I opened my Bible to these two scriptures and they've helped me in many difficult times. "I will lift up mine eyes unto the hills, from whence cometh my help. My help cometh from the Lord, which made heaven and earth." Psalm 121: 1-2
Thank you for the chance of this giveaway and please enter my name.
Barbara Thompson
barbmaci61(at)yahoo(dot)com

I'm a follower and subscriber!!

Hi Barb!
Welcome back and I hope you're have a great day.
The verses you shared are a great inspiration. How comforting to know that the one true God is always here to help us. Praise Him.
You of course are entered in the giveaway.
Looking forward to seeing you again.

Thank you all for visiting with me today--I love giving the opportunity to meet people who love to read as much as I do! And one of my favorite verses I look to in times of trouble is Romans 8-28, particularly the first part of that verse--'For we know that ALL things work together.' Not just the good, but the hard times too.

Good verse, Patty. Thanks for sharing that.
We're enjoying your visit.

Every good gift and every perfect gift is from above and comes down from the Father of lights with whom there is no variation or shadow of turning. James 1:17

Jesus is the ultimate perfect gift.

Good verse, Janice. This is a special verse. Thank you.