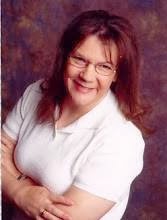 Today I welcome author
Suzanne Hartmann,
a kind and exciting friend who is fun and one who likes to see a bargain.

Scroll to the end of the post to see how to enter.
See how, below.

Writing By the Grace of God

The title of my article may seem trite or cliché, but in the case of my writing, I can honestly say that without the grace of God, I would not be an author at all, much less published.

Until God got my attention, writing simply was not my agenda. As a matter of fact, it wasn’t even on my radar at all.

That’s not to say that I didn’t create stories. When my children were younger, I occupied myself during their sports practices and music lessons by thinking up characters and scenes. These eventually became the basis for my first novel, Peril: Fast Track Thriller #1. At the time, however, the idea of writing the book never entered my mind. 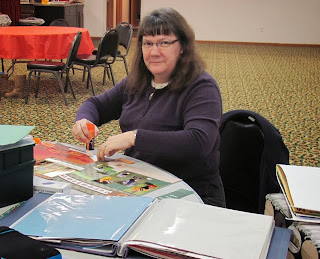 One day, while taking a walk in our neighborhood, a thought popped into my head. It came out of the blue, and it took several weeks of prayer to determine it truly was a God-nudge not an early mid-life crisis. I began researching NASCAR since I wasn’t a fan at the time and didn't have a clue about the sport.  A couple of months later I started writing the story.

Once I finished my first draft, I had no idea what to do next. I joined several Christian writing forums, lurking about until God opened the doors for me to join a wonderful critique group. These lovely ladies helped me hone my writing skills and rework my story. I can't thank them enough!

Because of my lack of experience, I knew if anything ever came out of my efforts, it would have to be a God-thing. And it has been. Since I first stepped onto this writing path God set in front of me, He has led me on an interesting journey filled with doubts, anguish, inspiration, and joy. But, He has faithfully encouraged me and sent affirmations every step along the way

I am still in awe over the way He led me to literary agent, Terry Burns, and my publisher, OakTara. Sometimes I have to remind myself that I truly am a published author. I'm excited to tell you about the second book in the series, Conspiracy: Fast Track Thriller #2, which is slated to release the end of October.  I’m also working on the final book in the series, titled Revenge.

What a journey God has set me on! Every time I look back on my journey, I point to God, because without His calling and His grace to equip me for the work involved,  I would never have made it to publication. 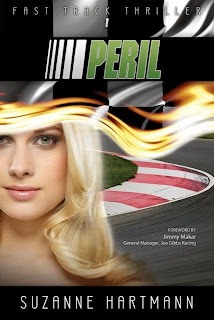 Suzanne Hartmann is the author of the Fast Track Thrillers series, Christian suspense novels with a twist of NASCAR. The first in the series, Peril, is currently available, and the second, Conspiracy, will be available soon.  When not writing, editing, or homeschooling, Suzanne enjoys scrapbooking, reading, and scouring local library sales for books to resell on-line.

Doesn't the book cover for Suzanne's first book in the series look exciting?
Here is the book blurb for the second book:

Conspiracy: Fast Track Thriller #2
When conspiracy invades the NSA, danger closes in on Joanne Van der Haas, a top-secret agent with enhanced strength. Before she can make sense of unusual happenings at the agency, her boss is accused of selling government secrets. Can she trust the man she’s worked with for many years, or should she believe the NSA’s evidence? Although she hates to show her weakness, she leans on her friend, NASCAR Champion Stuart Jackson, who follows through with his promise to always be there for her. His willingness to help lands him in danger, but when Joanne doesn't know whom she can trust in the intelligence community, she has little choice but to depend on him. Her final assignment for the agency leads to disaster, yet opens the door to surprising information from an unlikely source. Is there enough time to chase down the mole before Joanne is implicated too?

To enter the contest for an autographed copy of
Suzanne Hartmann's book: "Peril":
leave a comment (and email address)
and become a follower of this site if you aren't already.

Thank you, Suzanne, for Joining us This Weekend!

Friends, We all have skills given to us by the grace of God.
What is your skill?
What makes a thriller exciting to read?

My skill? Ability to listen and encourage. A thriller to me doesn't really have to do with outward goings on, but rather the thoughts of the character, their fear or excitement or anxieties.

I love to bake for others as well as for myself! I love to read diffferent genres of books. Donna
d[dot]brookmyer[at]yahoo[dot]com

Thank you so much for hosting me here, Mary. Great questions! I'm looking forward to reading the answers people share and sending a signed copy of Peril to the winner.

These are great skills, Cindy. Great thoughts on a thriller.
Thanks for joining us today!

Donna, you tempt us. You must bring the virtual treats next time.
Thanks so much for joining our chat with Suzanne today.

How exciting! Thank you Suzanne.

Listening and encouraging are skills that are fast dying, but still greatly needed. You are blessed to have, and the rest of us blessed when use them. :O) Thank you for sharing what you think makes a good thriller. Character-driven suspense novels are my favorites too.

Since I'm not overly adept in the kitchen, I'm so thankful for people who love to bake for others as well as themselves. :o) Thank you for entering the contest.

I feel that I have been given the gifts of patience and encouragement. I would love for my tombstone to say "She was a Barnabas with the patience of Job!"
Connie cps1950@gmail.com

Connie,
Great words. Thanks so much for sharing. This is something to remember.
Looking forward to seeing you again!

Wish I could say I had patience, too, Connie. That truly is a gift in this day of fast everything. Thank you for entering!

I really enjoyed your post, & getting to learn more about you, your books, & your writing, Suzanne!

I can completely identify with your statement of writing, only by the grace of God. Likewise, it was a God-thing, when I moved to another state (where I knew no one, & had no job, or place to live), to become a cast member of a musical drama about the life of Christ. But - it, truly, was the most spiritually rewarding, time of my life - an experience, that I would not have had, had I not heeded His calling.

I love listening to music, singing, & playing the piano. I enjoy baking for others, also, & think some of the gifts God has given me are giving, & encouragement.

I enjoy lots of emotion, dysfunction, & redemption through God, in the books I read - whatever genre.

Thanks for the opportunity to win a copy of Peril, Suzanne!

I am a follower.