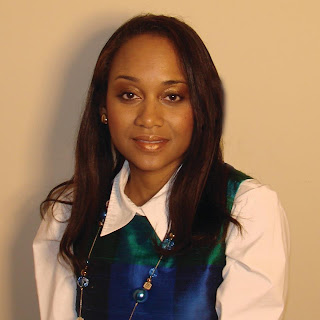 Today I welcome an amazing lady who has studied engineering, owned a coffee shop and chose above all these to author historical Christian Fiction:
Vanessa Riley

I met Vanessa through the ACFW loop. Sharon Lavy mentioned her new book, Madeline's Protector, released April of this year. When I wrote to her, she shared this amazing writing journey God has led her on. I just had to ask her to share this with you:


Even God Can Use a Chamber Pot

One of my favorite scenes in my debut novel, Madeline's Protector, takes place after heroine, Madeline St. James, has been shot and reforming rake hero, Justain Delveaux, works to stop the bleeding to keep her alive.

"Your eyes, like a knight’s or a beautiful marble warrior." She pulled his hand to her chin, modeling what Mrs. Wilkins always did to encourage her. "God’s made you the vessel to protect me."

"A vessel? Like a flowery vase?" He scowled for a moment. "Even Providence could employ a chamber pot. I’ll not abandon your trust."

Justain believes his past disqualifies him. Those nay-saying voices are in his head, replaying every failure, every attempt at doing the right thing, which has gone awry. 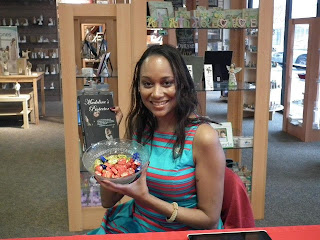 My writing and life journey have had such moments. Even after winning contests and being published, I must admit to worrying about acceptance. Over six years old, the harshest lines of the worst rejection letter I ever received still echoes in my mind.

Have you had those moments, when you feel your past disqualifies or rejects you? No way can I do grand things because: 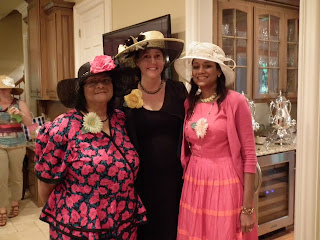 Just fill in the blanks. Everyone at one point or another harbors doubts about self-worth. Usually there's a memory of abject failure to bolster it. On the day, I had to sell my dream coffee shop, I remember feeling as if I'd fallen flat and all the air rushed from my lungs.

Even now when I write a new storyline, there's a sharp pain of anxiety. My heart and mind race as if I balanced on the edge of a cliff. Until I type those words, 'the end,' part of me is wondering: will this plot work? Will my readers love this character? Will this book succeed? Will I succeed?

For my poor Justain, he's locked in a constant battle of measuring if he's good enough. Worse, he's internalizes the negatives and allows it to define him. In his own eyes, he is nothing more than a toilet, a chamber pot.

For those who struggle with acceptance, let me tell you about a man, who by every right was king, but chose to hang with the most unworthy in society, thieves and liars. He stopped and minister to adulterers and cheats. He even invited a condemned man to dine with Him in paradise. In fact, He spread His arms wide and shed His blood to free you from shame and sin.

It's not easy to lay down burdens. Some of us may have even gotten so comfortable with the old gripes, we wouldn't know what to do, if we truly believed God made the old things pass away. Just know:

You are a new creature in Christ.

Therefore if any man be in Christ, he is a new creature: old things are passed away; behold, all things are become new. (2 Corinthians 5:17)

You are no longer a slave, but a child and an heir of God.

Wherefore thou art no more a servant, but a son; and if a son, then an heir of God through Christ. (Galatians 4:7).

You are chosen, holy, and blameless before God.

According as he hath chosen us in him before the foundation of the world, that we should be holy and without blame before him in love: (Ephesians 1:4).

You are God’s workmanship created to produce good works. 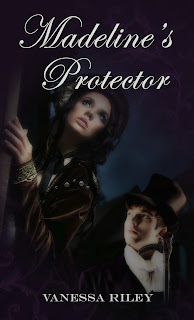 For we are his workmanship, created in Christ Jesus unto good works, which God hath before ordained that we should walk in them. (Ephesians 2:10)

Remember, you are worthy, the works of your hand are worthy, for God has made you worthy.

Even as she pursued engineering degrees, Vanessa Riley's love of 19th century history yielded a hunger to take as many Western Civilization credits as possible (two classes shy of a minor). Vanessa adores Regency times with its conflicts between Church and State, the clash of the classes, and the sweeping romances.

Her mission is to have the world fall in love with powerful Regency heroes and heroines who battle for peace with a flintlock and a prayer. Vanessa writes from the comfort of her southern porch with a cup of Earl Grey or Cinnamon Spice.

Madeline's Protector
If all young men leapt off a cliff, Madeline St. James wouldn’t care. Yet a chance meeting and a bullet wound change everything. She must trust that the Good Shepherd has led her to marry a dashing stranger, Lord Devonshire. Can they forge a true bond before the next disaster strikes?

Madeline's Protector can be purchased at BN, Amazon, CBD:


To enter the contest for an autographed copy of Vanessa Riley's book: "Madeline's Protector":

Thank you, Vanessa, for Joining us This Weekend!

Reader, how about you? Has there been a time when God showed you His tremendous love or His desire to use you for His service--just the way you are?
Posted by Mary Vee Writer at 1:00 AM

Thank you for hosting me, Mary. It is my pleasure to be here.

Vanessa, I enjoyed your post this morning. We all need reminding at some point in our life that we are worthy. There have been times the Lord has shown me. When He showed me, peace came and all doubt left. Thank you for sharing with us!! Your book sounds great and please enter my name in the giveaway.
Barbara Thompson
barbmaci61(at)yahoo(dot)com

I'm a follower and subscriber.

And we are so happy to have you!

Thank you for the kind works, Barb.

And you definitely are worthy. So happy you have felt the peace.

I have struggled myself with very same thoughts of being a vessel and wondering how God could use me. Do He and see the same vessel?

You ask a very good question.

If God sees the same vessel as you, then you can rest assured He loves you so tremendously that He is willing to help you through whatever you are experiencing. You are something beautiful to Him.

If you view your question as the vessel you are to become, God is ready to help you develop into the shiny vessel He sees because He loves you so very much.

As Vanessa quoted from Scripture: You are His workmanship, created in Christ Jesus.
Love yah, sis.
So glad you stopped by today.