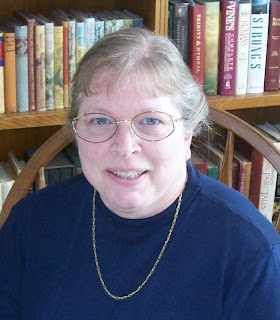 Today I welcome an author and friend (whom I met here on my website). She is a kind spirited lady who has a fun sense of humor. Come laugh with:
Jan Drexler

Enter to win Jan's book,
The Prodigal Son Returns
Scroll to the end of the post to see how to enter.


Mary does a very dangerous thing on her blog – she asks writers to tell a story.

Doesn’t she know she’s opened a Pandora’s Box? Who knows what we’ll write…

Well, God knows what we’ll write, doesn’t he? Take my story, for example.

Four years ago, in 2009, I was finishing my homeschooling career. Two of our children had graduated, the third was entering his senior year of high school, and the fourth was about to be a junior. It was time for me to look to the future. 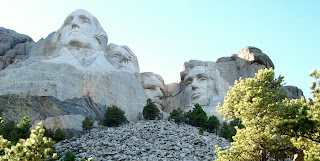 My options were fairly open: I enjoyed teaching, and had a college degree in English. I had developed a love for mentoring homeschoolers and had started a blog with that in mind. I had also spent years studying and teaching the Bible. Since there were so many ways I could go with that range of experience, I prayed that God would show me which direction to take. I prayed that He would give me something useful to do.

Believe me. It was bad.

But once opened, that door refused to close. I know, because I spent the next six months trying to close and lock it.

Oh, I delved into writing some…a few nonfiction articles about homemaking and homeschooling, and I kept up my blog.

But behind that door was the dream that only God and my husband knew existed – to write stories other people would want to read.

After a year of arguing with God (Do you ever try that? It never works.), He turned up the heat. My husband lost his job of thirty years and was unemployed for the first time in his life. I knew writing wouldn’t bring in quick money, and besides, I was still homeschooling – but God said to go for it. My husband and I decided to give it a try.

“Give me two years, until we’re done with homeschooling,” I said. “If I don’t start earning money with my writing by then, I’ll find a job outside the home.”

(Two years. Isn’t that funny? We were so naïve!)

God was behind the timing, and He had the next two years planned like a path for my feet, illuminating each step on the path only after I had taken the one before it. Step by step He guided me. I found writing helps and instruction through ACFW and the Seekerville Blog. I started entering contests, and received wonderful, helpful feedback on my writing. Every day I was on a steep learning curve, and with God’s help I was able to absorb it all.

I finished my first novel in the spring of 2011, just about the time my husband’s new job brought us to the Black Hills of South Dakota. That novel, The Prodigal Son Returns, was contracted in the spring of 2012 – the same month our youngest son graduated from our homeschool. Love Inspired published the book in May, 2013. Along the way I found an agent, a writing group, and many new friends in the writing community. 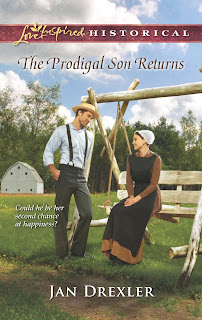 Jan Drexler, a recent graduate from Homeschool Mom-hood, devotes her time to the voices in her head who have been clamoring for attention during the last few decades. Instead of declining Latin nouns and reviewing rhetorical devices, her days are now spent at the computer where she gives her characters free rein.


She lives in the Black Hills of South Dakota with her husband of thirty years, their four adult children, two rowdy dogs, and Maggie, the cat who thinks she's a dog. If she isn't sitting at her computer living the lives of her characters, she's probably hiking in the Hills or the Badlands, enjoying the spectacular scenery.

Jan’s debut novel, The Prodigal Son Returns, was published by Love Inspired in May 2013.


To enter the contest for an autographed copy of Jan Drexler's book: "The Prodigal Son Returns":

Thank you, Jan, for Joining us This Weekend!

Reader, how about you? Do you have a forgotten dream waiting to spring to life?

How interesting to see this today after yesterday being in Chattanooga at the River Sculpture Garden and see The Prodigal Son.
Here is the link to the permanent exhibits:
http://www.river-gallery.com/subpage.php?pageId=119&page1
The Prodigal Son is in the upper left corner.

It sure has been raining a lot in Atlanta. Maybe the seed of a dream will soon be sprouting. :-)

What a beautiful sculpture, Janice!

The Prodigal Son has always been one of my favorite parables, but I didn't even think of it as a title for my book until my editor at Love Inspired suggested it...and then I realized how perfectly it fit the story :)

Praying that your seed will sprout soon!

Oh, Janice,
I love when events come together. So glad you saw the exhibit and then stopped by today.

What dream has been planted for you? So hoping it is something you will be tremendously fond of and that it will sprout soon. Blessings on you, girl.

Love chatting with you today.

I do have a dream that I've had for a long time. Now since I'm disabled, I don't know, but God knows. I have to leave it up to Him. Sometimes it's hard not to question, but its God's will not mine. His will is always better than mine. Thank you for sharing. Please enter me in your giveaway.
Barbara Thompson
barbmaci61(at)yahoo(dot)com

I'm a follower and subscriber.

I would love win this and get to know you as an author. I have not read any of your books. I am a follower and subscriber.
jrs362 at Hotmail dot com
I review books and then share them with someone else.

Sometimes God allows things in our lives to cause us to look at the read dream He has for us. I am sorry about you being disabled, but excited about the hope God has for you. It can be like the tree in the forrest scenario. We can't see the best dream because we are distracted by what else is going on.

Of course you are entered, Barbara.

So nice to chat with you today.

You will have such a treat to get to know Jan. She truly is a funny person who loves God.

Of course you are entered. :)

It was fun chatting with you today, Hope to see you again, soon.

Hi Barbara! I like what Mary said about God allowing things in our lives - that's exactly what happened to me. If my husband hadn't been unemployed for six months, and if we hadn't had to live apart for six more months waiting for our house to sell, I'm not sure I would have taken the time to really look at what God had for me.

So glad you stopped by!

I hope you get a chance to read this book. It's my first and I'd love to have you review it!