When You Do This To the Least

Whatever you did for the least of these, you did it for me Matthew 25:40 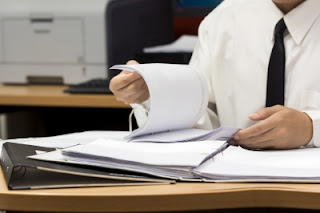 Not long ago, I received a letter from a medical provider. It wasn't a form letter. Although it was typed, the message clearly came from him to his past patients. The letter said, "I am retiring."

The news bothered me. I had only seen this medical provider twice, yet felt confident in his competency and witnessed his heart in his work. Had I known he was retiring I would have found a way to convey my appreciation better.

Often we find the kind hearted worker in our daily walk who excels in their job. Sometimes a thanks is given. Sometimes there isn't time.

I don't know about you but days, months, and in this case, years later the deed is remembered.

This is not a post about saying thank you or making a big deal about expressing appreciation, you already know that.

You have done many kind and wonderful deeds/tasks for others. Perhaps nothing was said and you wondered, did anyone notice?

True to true. But so has other eyes. Eyes that have mentally noted the incident and days later wished they had said something and now feel it is too late.

Who are these grateful ones who noticed your deed? The mother or child in the store standing several feet away and witnessed your kind words. The church goer, who when the crowd parted for a moment saw you smile at a child. The neighbor who happened to open her door and saw you not get angry when you dropped something. The list could fill pages.

You are loved by those close to you.

You are liked and respected by those who are near you.

You are a treasure to many people in your corner of the world.


Have a blessed day.


And when you wonder if someone is noticing your good deed
and you see no one
smile
because someone has.
Posted by Mary Vee Writer at 1:00 AM