If God Wants You to Do it, He Won't Let You Quit 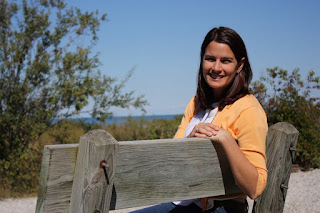 Those of who stopped by this last weekend read author Joselyn Vaught's sweet reply to one of the commenters. Joselyn said, "If God wants you to do it, He won't let you quit. 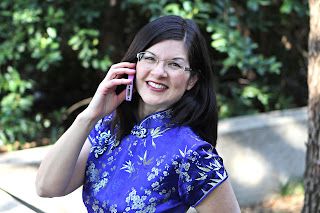 Later the same day I received an email from author Angela Breidenbach, president of the Montana Chapter of ACFW.

Angela said, "Thank you, God, for answering which way I should go...He made it impossible not to notice (and I asked Him to make sure it was wildly plain as day, lol, because I so often miss subtleties from the Lord.)"

This seeming considence of words shared by two people who may not even know each other, inspired today's topic.

What does God want you to do?

This can be a very difficult question to answer. At times we justify a project, a direction, a goal, or a career saying God led us to do...whatever.

I recently read J. Hudson Taylor's autobiography. He felt the Lord calling him to mission work in China. He agreed to the sponsorship of a given mission, but after only a few years in Shanghai, the sending mission failed to send the needed support. He had no money for rent or food.

Taylor had a choice to make.

He could have assumed he made a mistake by going to China at all.

He could have assumed he went before God wanted him to. Listened to friends from home who suggested he return, finish the last year of medical school and then return to China more qualified.

He could have prayed and revisited his original calling and determined in his heart that God wanted him to stay in China.

He could have stayed in China, but raised his own support by finding a job.

Which do you think he did?

Taylor did consider returning to England to finish his medical degree when the funds for his support did not come. He had left England only months before completing medical school. Several friends and family wrote suggesting he come home.

BUT, Taylor was a man of prayer. He bowed and spent long hours through many nights praying for God to reveal His will. He understood God's nature, one of order, one of plans and decisions, and one of direction that also has difficulties.

Taylor had no peace about returning to England. He and a fellow missionary experiencing the same situation, no funds received for their support. Both prayed  and chose to send a resignation letter to the sending mission. With these letters they became totally dependent on God for support.

Hudson never regretted or suffered stomach issues or headaches over the issue. He knew--He knew he walked in God's will.

Joselyn Vaughn's words: If God wants you to do it, He won't let you quit are inspiring words.

Angela Breidenbach's words: "'Thank you, God, for answering which way I should go'...He made it impossible not to notice (and I asked Him to make sure it was wildly plain as day, lol, because I so often miss subtleties from the Lord.)" demonstrate the heart of Hudson Taylor.

Reader-Do you know what God wants you to do? He will tell you if you ask.
Are you trusting Him to support you, to prevent you from quitting the task?

Have a fantastic day, one that will keep your every step in the the path God has for you.
Posted by Mary Vee Writer at 1:00 AM

I love that! I hadn't read the comments, so I'm really glad you made it a post so I noticed it. Just what I needed to hear right at this moment. Truly. Thank you so much for allowing Him to encourage me through this! :)

You are so welcome. And thanks for spending time with us here today, Kara.

The title (of this post) itself was all I needed to believe. Thank you.

Your welcome, Richmond. Nice to see you here today.