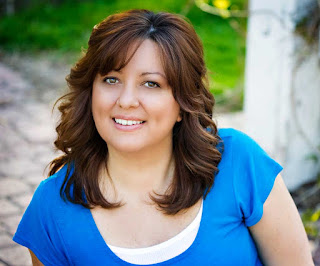 Today I welcome an author who has a tremendous gift for writing and ministry. She is an award winning author: Tricia Goyer

Enter to win Trish's book,
Lead Your Family Like Jesus.


A year after I helped launch Hope Pregnancy Center, I was invited to take a trip to Europe with my two writing friends. One day, after visiting the Mauthausen Concentration Camp in Austria, the true events of WWII inspired a new novel idea. 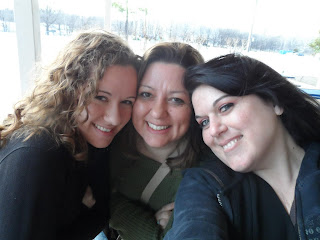 After arriving home, I poured the story onto the paper, writing from the perspective of a Nazi wife forced to witness the horrors of a death camp, yet powerless to do anything about it. The story was different from anything I’d written before. It was much deeper, heart-wrenching. It expressed a young woman’s helplessness and pain—things I’d recently learned about on deeper levels.I started researching and contacting WWII veterans who’d liberated the death camp. They invited me to their reunion and excitedly poured out their stories to me. I felt like God had given me dozen grandpas!Within nine months, my agent called. I had a contract for my first novel, From Dust and Ashes (Moody Publishing). It was released January 2003. Since then I've published several more WWII novels and a series set during The Spanish Civil War.


The WWII veterans are my biggest fans, and I’ve been able to share the good news of Jesus’ salvation with these men as they buy my Christian novel for themselves, their families, and their friends too! Some of the men have passed away since I’ve interviewed them, but I know they heard the good news of Jesus before they died!Whenever I attended a writer’s conference, I tried to see what the editors needed and then attempted to craft a novel that fit that niche. None of them sold. But when God opened my eyes to a story—one I thought would be too hard for me to write, watch out. He opened doors I didn’t think were possible. And He showed me ALL things are possible with Him.I don’t think these successes are a coincidence. For years, as freelancer, I thought I was doing all right. I followed the formulas and kept “pounding out the words.” And although those words sounded good on paper, something more was needed before they became alive on the page.God showed me something more was needed to experience “Him at work” with those hurting and in need. It was only then that I had something worthy to share. My sandpapered heart now bleeds onto the page, and I’m able to connect in a new way with readers who often find themselves helpless, hurting, and in need of hope.I tell people that “since I took care of God’s business (the pregnancy center), He took care of mine (the writing).” Actually, our businesses have merged!I guess that all this wordiness is just to say: “See what God’s doing and join Him.” I’ve come to learn that it’s not about writing or publishing. It’s about God’s desire to reach people for Him. I’m just thrilled He’s let me be part of the process!

Tricia Goyer has written more than thirty-five fiction and non-fiction titles that offer encouragement and hope. Her books have won awards from the American Christian Fiction Writers and Mt. Hermon Writers' Conference. She is also a two-time Carol Award winner, as well as a Christy and ECPA Award Nominee.

She has authored several books on family and parenting, as well as co-written with Max Lucado and Robin Jones Gunn. She collaborated with Ken Blanchard and Phil Hodges for Lead Your Family Like Jesus, published by Focus on the Family/Tyndale and released in spring 2013.

Tricia's contemporary and historical novels feature strong women overcoming great challenges. She recreates historic wartime eras with precise detail through perseverant and comprehensive research. Tricia speaks to groups interested in these eras, with the intention of preserving and honoring the memory of the men and women who served.


To enter the contest for an autographed copy of Tricia's book: "Lead Your Family Like Jesus":

Thank you, Tricia, for Joining us This Weekend!