Today I welcome a friend and hero,
one who has overcome then sought to help others,
Dr. Richard Mabry. 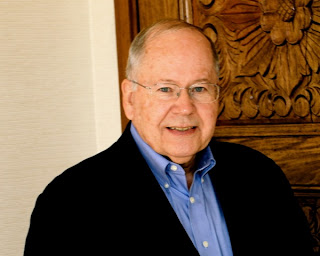 I met Richard at an ACFW conference and have seen him pop up in cyberspace many times. Why? Because those who know him can attest to his kind, gentlemanly ways. Who wouldn't want to sit down and chat with him?

Richard, or Doc as some call him, loves to play golf. He says, he "works fruitlessly to improve his golf game." Sounds like a challenge to me, eh?  He is a retired physician, and when not writing, he spends his time reading, and defending his title as the world’s best Granddad. He and his wife live in Frisco, Texas and are active members of Stonebriar Community Church, pastored by Dr. Chuck Swindoll.

I asked Richard to share how God has led his writing journey. This is what he said:


When Life Hands You Lemons…

How would you complete that sentence? Most folks would say something about making lemonade. In my case, it goes something like this. “When life hands you lemons, write about it.” And that’s how I got started writing.

My wife of forty years died in 1999, and I was devastated. To help climb out of the hole of my depression, I began to journal, letting my bottled up feelings flow from my troubled brain into my fingertips and onto the hard drive of my computer. Eventually, I printed out these thoughts and let a close friend read them. He suggested they might be helpful to others in a similar situation, so I began to explore how I might turn them into a book.

I somehow had the idea that you simply printed out your manuscript and sort of stood on the corner and hailed an editor much as you flag down a taxi. It didn’t take me long to discover that it wasn’t that simple. I had a lot to learn about the craft of writing and the publishing business. It was at my first Christian writer’s conference that I not only was introduced to the basics of writing non-fiction, but also to Christian fiction, an entity I’d managed to avoid until that time. 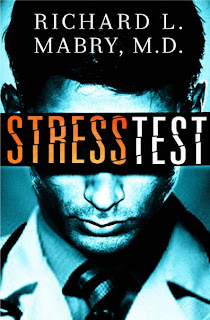 Lots of study and attendance at other conferences followed, as I developed my skills. It was a slow process, but eventually I produced a manuscript that was published as The Tender Scar: Life After The Death Of A Spouse. The response to that book has been gratifying, and has shown me that God can indeed use something terrible to bless others.

Recall that I was also introduced to Christian fiction at that conference. Actually, two of the faculty, James Scott Bell and Alton Gansky, encouraged me to try my hand at it. Heeding the premise of “write what you know,” I began writing medical fiction. There were lots of false starts, but eventually I found what writers call my “voice,” as well as my niche: “medical suspense with heart.” Four years later, after producing four books that garnered forty rejections, I got my first book contract. And I’m still writing.

So when life hands you lemons, don’t just try to make lemonade. You might try your hand at writing about it, as well. You never know what God has planned for you as a result of that experience. I didn’t. 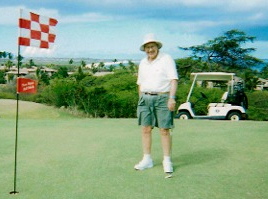 Dr. Richard Mabry is a retired physician, past Vice-President of the American Christian Fiction Writers, and the author of four published novels of medical suspense, the most recent of which is Lethal Remedy (Abingdon Press). His books have been finalists in competitions including ACFW’s Carol Award and Romantic Times’ Inspirational Book of the Year. His last novel, Lethal Remedy, won a 2012 Selah Award from the Blue Ridge Mountain Christian Writers Conference.

His long-awaited next medical thriller, Stress Test (Thomas Nelson)  released in April of this year, and will be followed by Heart Failure in October.

Richard’s book,  The Tender Scar: Life after the Death of a Spouse (Kregel Publishers)  has ministered to multiple thousands of grieving individuals. His meditations and short pieces have appeared in The Upper Room, In Touch, and several other periodicals.

Richard signs his books with his favorite Bible passage: Psalm 139:1-5.

Reader: Has Richard stirred a memory for you today? Perhaps this is something you could write about. Maybe not in a novel, but perhaps an article. There are many periodicals excited to receive quality short stories as well.  AND go to this link where there is a book give away to enter for Dr. Richard Mabry's new release: click this: Stress Test.  I did.

Mary, A pleasure to be here. I want to emphasize what you said about writing short pieces. Consider a simple meditation in The Upper Room guide--it will reach many times more people than most published novels. It may not carry the cachet of writing a book, but it will do more to carry a message to the world. And that's what it's about, isn't it?
I hope your readers enjoy Stress Test.

Thanks, Richard.
I am looking forward to chatting with you and our guests. And the tip about The Upper Room is a great one.

I think a great many of us thought the writing process was just "write a story" and there you go. Enjoyed this post!

It is a journey, Linda. Sometimes bumpy, sometimes glorious.

Thanks for the encouragement to keep pen in hand or fingers tapping the keyboard!

Enjoyed the lemon pies my mother-in-law made with lemons! They were topped with meringue, sweet and sour covered by sweet.

Thank you for the chance to win the latest novel.

Janice, don't forget to click the link for the book giveaway. It isn't being done on this site.