Invasion of the Girl's Sports Team 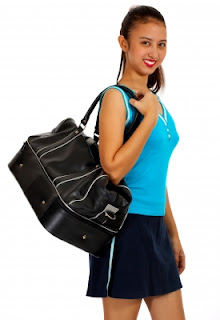 Up since 5 am. Checking in a hotel at 7pm. The super softball team enters the lobby.

After a long day of traveling and competition, one would think the traveling high school girl's softball team would be ready to hang in the hotel located near the stadium.

Invisible energy seeps into their bodies from some vast unknown source.

With the strength of Rocky they heft their super-sized gym bags over their shoulders, take a stroll through the lobby to check out the fireplace or mounted TV, and gab, giggle, or guffaw while some weary chaperone or coach checks them into the hotel.

The presence of only fifteen to twenty bodies expands to fill every molecular space in the hotel lobby and atrium normally able to contain one hundred people. This was not a Days Inn they stayed at for the night.

I watched from a corner, the only space left, and soaked in the most interesting conversation between two of the girls.

That was the entire conversation!

There were only two people in the world who had a clue what that conversation was about, I wasn't one.

But to the bystander, the meaning of the conversation didn't matter. Anyone listening would have laughed right along with them . . . I did.

The next morning at the breakfast bar not one girl spoke. Their eyes drooped and a few laid their heads on the table. Zombies had taken over their bodies!
Posted by Mary Vee Writer at 2:00 AM